Anti-Vaccine Protesters Misappropriate Holocaust-Era Symbol to Promote Their Cause 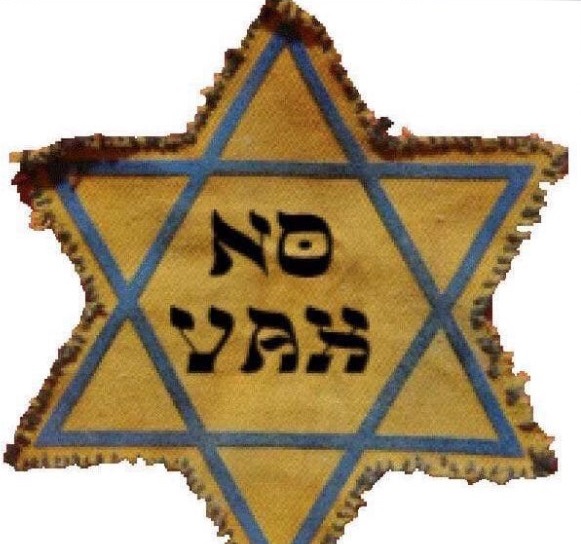 In recent months, some anti-vaccine activists (known as anti-vaxxers) have appropriated the yellow Star of David badge, which some European Jews were required to wear during the Holocaust, to symbolize their “persecution” at the hands of government vaccine rules.

The stars, emblazoned with the stylized words “No Vax,” are showing up on social media, especially on Facebook, and at anti-vaccine events. This is a hugely inappropriate use of this enduring symbol of the persecution of Jews by the Nazis during World War II and minimizes and trivializes the experiences of the survivors and victims of the Holocaust.

“The Holocaust was a unique event in human history. European Jews were forced to wear yellow Stars of David by the Nazis as a kind of scarlet letter, a form of persecution and forced exclusion from society,” Jonathan A. Greenblatt, CEO of the Anti-Defamation League, told the Washington Post. “It is simply wrong to compare the plight of Jews during the Holocaust to that of anti-vaxxers. Groups advancing a political or social agenda should be able to assert their ideas without trivializing the memory of the six million Jews slaughtered in the Holocaust.”

The anti-vaccine movement has been gaining momentum in communities across the country, and recent measles outbreaks have moved their campaign back into the spotlight, with some local governments responding by enforcing stricter vaccine requirements.

In Arizona and New York, new vaccine rules have been met with protests, some of which lean heavily on Holocaust analogies. On Facebook, the Star of David imagery is commonly used by anti-vaxxers, who also draw comparisons between vaccine rules and state-sponsored genocide. Facebook recently announced they will no longer support or promote anti-vaccination “news” stories or ads; the crackdown will be carried out in partnership with the World Health Organization and the U.S. Centers for Disease Control and Prevention. 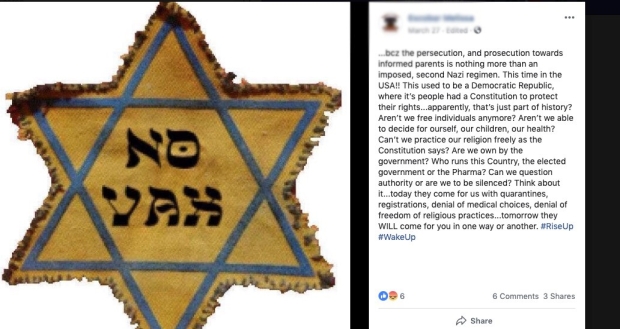 The Star of David trend gathered additional momentum in late March, when anti-vaccine activist Del Bigtree took the stage at a “Parents Call the Shots” event in Austin, Texas, to rail against vaccines.

Bigtree, the chief executive of ICAN (Informed Consent Action Network), quoted from Rev. Martin Niemoller’s Holocaust-era poem “First They Came,” then referred to the Hasidic community in Rockland County, NY, where many parents have refused to vaccinate their children, and which is currently experiencing a measles outbreak. “How will we know if you’re not vaccinated?” Bigtree shouted in a mocking tone, referring to measures the local government is taking to bar unvaccinated children from public spaces. “How will we know to arrest you? Maybe we’ll do it the same way we did the last time. So for you, for all the Hasidic Jews in New York, who never thought this moment would come, I stand with you! I stand for your religious convictions. We will let you believe in your God.” As the crowd cheered, Bigtree pinned a yellow “No Vax” Star of David to his lapel. 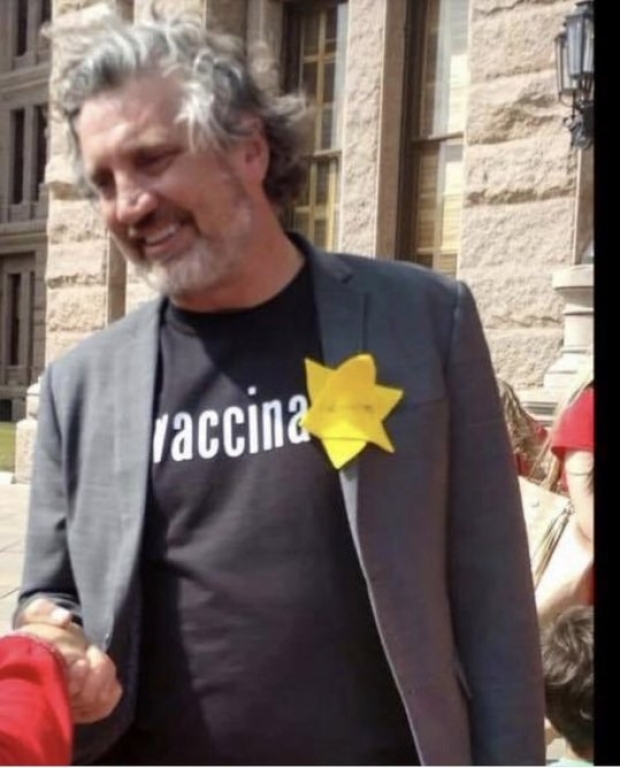 Poland’s Auschwitz Memorial and Museum quickly rebuked Bigtree’s theatrics: “Instrumentalizing the fate of Jews who were persecuted by hateful anti-Semitic ideology and murdered in extermination camps like #Auschwitz with poisonous gas in order to argue against vaccination that saves human lives is a symptom of intellectual and moral degeneration.” Other organizations, including ADL, weighed in with similar condemnations.

This abuse of Holocaust-era imagery does not appear to have caught on in the white supremacist community, although Roy Batty at the neo-Nazi website Daily Stormer ridiculed the backlash, writing, “Don’t they know that the yellow star is a symbol of Jewish pride and therefore not to be used by the goyim?”

One commenter on Daily Stormer offered this plan to further inflame the situation: “Every minor slight, insult and emotionally jarring event should now be symbolized with the gold star. Dilute the f--- out of its meaning.”