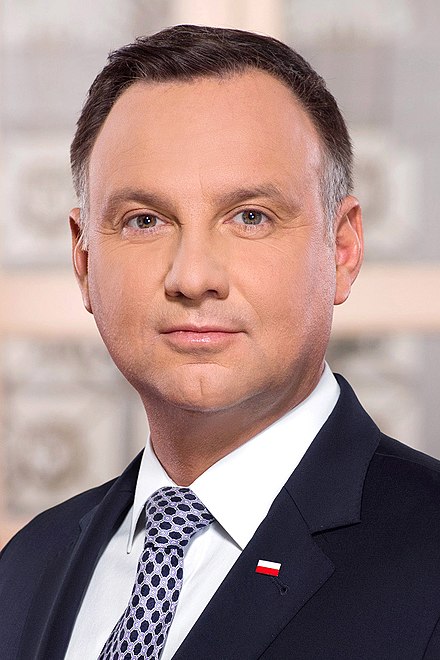 Incumbent President Andrzej Duda defeated Warsaw Mayor Rafal Trzaskowski, 51%-49%, for a second five-year term.  While the presidency is supposed to be non-partisan, the contest clearly pitted the nationalist populist Law and Justice party, which supported Duda, against the pro-European liberal supporters of Trzaskowski.  Duda was the early favorite, but the race tightened as election day neared.  In response, Duda’s campaign turned negative, including the use of antisemitism and homophobia, supported by the state media.

Appeals to antisemitism referenced restitution claims and the international Jewish community, not the very small Jewish community in Poland.  State TV ran claims – both as news and as commentary – that Trzaskowski would “sell out” Poland and take money from Polish families to pay “Jewish interests.”  Duda himself disparaged the LGBTQ community, repeating at a campaign rally the comments of a Law and Justice MP, “LGBT are not people, they are an ideology.” He also referred to the campaign for LGBTQ rights as an “ideology” that was “more destructive” than Communism,” a hard-hitting judgment in a country that is deeply anti-Communist across the political spectrum.

OSCE election monitors noted that “the incumbent’s campaign and coverage by the public broadcaster were marked by homophobic, xenophobic and anti-Semitic rhetoric.”  Duda seemed to acknowledge that he and his campaign had gone over the line, and said during his victory speech, “It was a very sharp campaign, probably too sharp at times.  If anyone is offended by my words, please forgive me. And give me the chance to improve in the next five years.”

Two opposing interpretations can be made.  Populism, aided by antisemitism and anti-LGBTQ rhetoric, prevailed.  Other incumbent nationalist populist governments may conclude that they should double down on illiberalism during electoral campaigns.  Adam Michnik, Poland’s foremost liberal commentator, said, “Andrzej Duda’s victory will be understood by his voters, and first of all by those in power, as a permission for the kind of politics that Law and Justice has been pursuing for almost five years, and that is a policy of the destruction of the democratic system, of isolating Poland in Europe, of homophobia, of xenophobia, nationalism and of using the Catholic Church as a tool. I would not even rule out a situation in which, if this policy is continued and we see an attempt on the free media, culture and science, there could be another Maidan,” (referring to the violent pro-Europe protests in Ukraine in 2014.)

Alternatively, Trzaskowski’s surprisingly strong challenge with a liberal program could be interpreted by those same governments as a cautionary signal.  Turnout was at a near-record high of 68%, which analysts ascribed to mobilization for Trzaskowski, mostly in urban areas.  That historic turnout was achieved despite the context of COVID-19, including the first election date being postponed due to the pandemic.