As the deadly military confrontation between Israel and Hamas enters its second week, an ADL assessment finds a disturbing array of antisemitic posts related to the conflict on Facebook, Instagram and TikTok.

While much of this content appears to have been posted by individuals who have reached for antisemitic stereotypes in a misplaced response to their anger over Palestinian suffering, it is possible that some true antisemites are taking advantage of current events by weaving it into their usual bigoted rhetoric.

In any event, Facebook, Instagram and TikTok are enabling the spread of antisemitism at a moment of historically high antisemitic incidents, and when Jews worldwide are vulnerable to being scapegoated for the actions of the Israeli government.

An Israeli flag, which incorporates the Jewish star of David, with the accompanying text, “Pedophiles are using this symbol to identify each other,” and the caption #idf #israel #jews #talmud.” 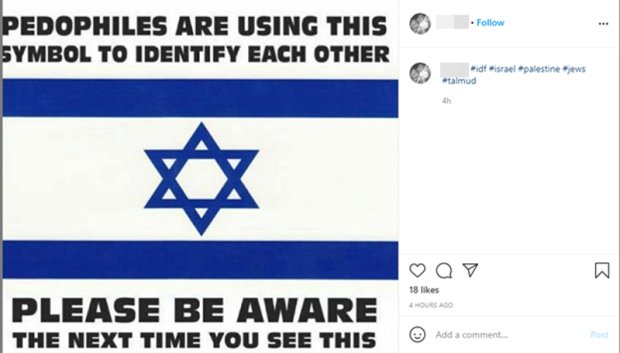 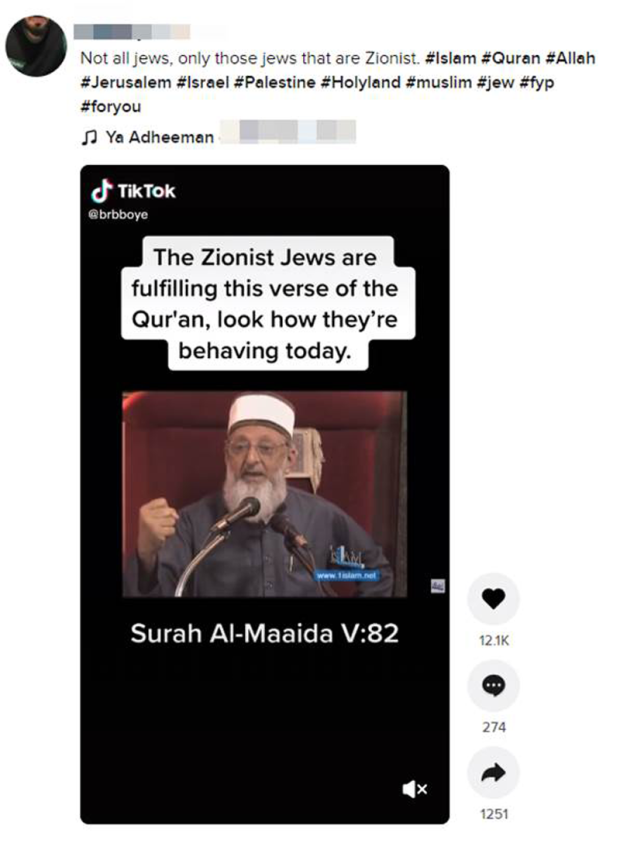