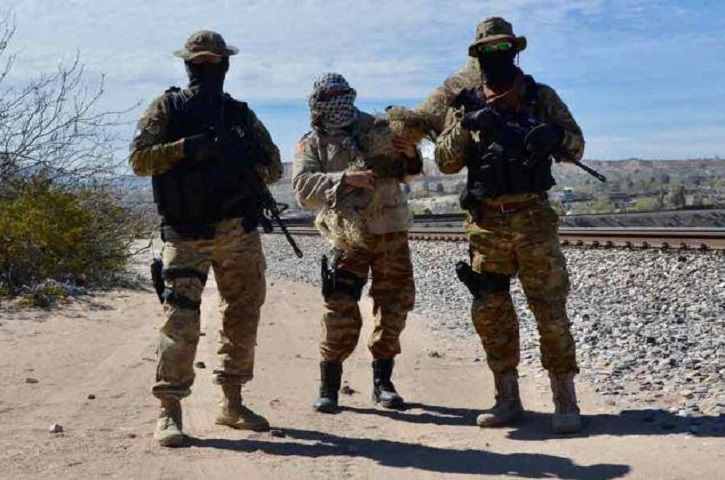 On April 20, FBI agents arrested a New Mexico border vigilante leader, Larry Mitchell Hopkins (aka “Johnny Horton, Jr.”) on charges of being a felon in possession of a firearm. The arrest occurred just days after members of Hopkins’ group, the United Constitutional Patriots (UCP), attracted considerable attention and condemnation for detaining at gunpoint several hundred asylum-seeking migrants and families crossing the border near El Paso, Texas.

The two incidents have brought renewed attention to the 20-year-old problem of right-wing vigilante groups conducting their own armed patrols at the U.S.-Mexican border. Such groups have gained new energy over the past two years, emboldened by the Trump administration’s unceasing anti-immigrant and anti-refugee rhetoric and policies, combined with increasing numbers of migrants from Central and South America being apprehended at the southern border, including families seeking asylum.

The UCP demonstrates border vigilantes’ renewed enthusiasm.  Hopkins, of Flora Vista, New Mexico, emerged several years ago as part of a different militia group, the United Constitutional Militia, which also took part in anti-immigrant activities. In 2016, the group protested the construction of an immigrant detention center in San Jacinto County in Texas.

Later, Hopkins, or “Johnny Horton,” changed the name of the group to United Constitutional Patriots. By the spring of 2018, UCP still had no more than a handful of actual members, but it was active across several social media platforms, including YouTube, where it aired regular livestream broadcasts. 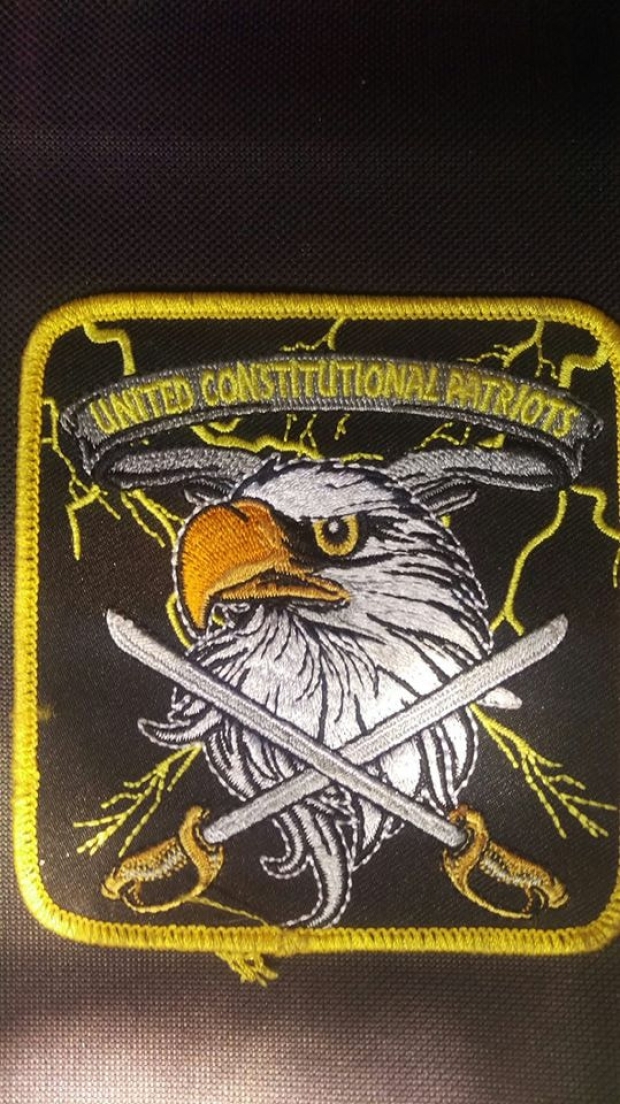 In late 2018, UCP began recruiting volunteers and donations for border vigilante activities, which it planned in cooperation with another militia group, Patriots of the Constitution. An “Emergency Roll Call” on social media called for “patriots who can be heavily armed” to take part in a “coordinated effort” between a “volunteer Patriot force” and the Border Patrol. The message included, without proof, the fantastic claims that “[two] retired generals are helping the Patriot effort” and that they had “already captured [a] group of 4 ISIS members and [a] group of 100 ISIS members.”  An expected “second wave of invaders” would include “20k men trained by UN, monetarily supported by [George] Soros, and including foreign troops.”

UCP’s cooperation with Patriots of the Constitution was short-lived and ended in acrimony, but in February 2019, Horton embarked on his own vigilante activities along the U.S.-Mexico border, targeting an area near Sunland Park, New Mexico, a suburb of El Paso, Texas. Alongside a few other UCP members, Horton established “Camp Liberty” in the desert outside Sunland Park and began patrolling along the border.

UCP has exploited recent changes in the entry patterns of undocumented migrants into the United States. In contrast to historical patterns of entry, primarily by citizens of Mexico in search of work or a better life, recent entry patterns have been dominated by families from Central and South America attempting to enter the United States at or near ports of entry to formally seek asylum. Asylum-seeking crossers do not typically seek to evade authorities, making highly-policed border areas like the El Paso sector more attractive than they were for previous waves of migrants.

Horton claimed that the U.S. Border Patrol welcomed UCP’s help; the Border Patrol has denied this.  Among many other dubious assertions, Horton has also claimed that his UCP members are former law enforcement officers and veterans, mostly from “Special Forces” units, and that he himself has had a long-standing relationship with President Trump.

UCP members have admitted to reporters that they are aware they have no legal authority to detain or engage asylum-seekers crossing the border, but nevertheless have made what they’ve referred to as “verbal order[s] of arrest.” In recent Facebook posts, UCP members have described chasing, detaining, catching and even “hunting” migrants.  On March 24, UCP member Debbie Collins Farnsworth posted to Facebook an alleged tally of 3,026 “UCP Aided Apprihentions [sic]” from February 27 through March 24, including 2,600 Guatemalans, 307 Brazilians, and 70 “Semolians [sic].”

UCP members detained a large group of migrants, including families and young children—estimates range from 200 to 300—on April 16, uploading a video of the migrants that went viral and prompted condemnations and calls for investigation of UCP’s activities from the ACLU as well as from New Mexico Governor Michelle Lujan Grisham and New Mexico Attorney General Hector Balderas. Governor Grisham said that “regular citizens have no authority to arrest or detain anyone,” and Attorney General Balderas similarly warned that “these individuals should not attempt to exercise authority reserved for law enforcement.”

The outcry over the April 16 detainment may have spurred Hopkins’ arrest on a federal weapon charge just a few days later; the FBI, according to its criminal complaint against Hopkins, had known about the firearms he possessed since late 2017.  As a convicted felon, Hopkins is not permitted to possess firearms.

The border vigilante movement in the U.S. has been continuously active since 2000.  Originally started by anti-immigrant extremists, the movement soon attracted many from the anti-government militia movement, as well as some white supremacists. The movement reached a peak of fame in the mid-2000s as a result of the Minuteman Project, a fairly successful attempt to get mainstream support for border vigilante activities. After the Minutemen were splintered by scandals and factional fighting, hardcore border vigilantes reasserted control over the movement, and in 2012 they nearly convinced the Arizona legislature to create a volunteer border guard. When that effort failed, however, vigilante activity decreased until Donald Trump’s election. His continued attacks through policies and rhetoric on immigrants, refugees, and asylum-seekers have given them – and their message – yet another boost.