President Trump name-checked the Proud Boys during Tuesday night’s presidential debate, telling them to “stand by,” and members of the right-wing extremist group could barely contain their excitement.

Debate moderator Chris Wallace asked Trump, “Are you willing tonight to condemn white supremacists and militia groups and to say that they need to stand down and not add to the violence?”

“Proud Boys, stand back and stand by,” Trump responded.

The online response from Proud Boys, whose misogynistic, antisemitic, Islamophobic, transphobic and anti-immigration rhetoric is often paired with violence directed at left-wing protesters, was immediate and resounding.

Proud Boys leader Enrique Tarrio signaled his fealty to Trump, after the President referred to Aaron Jay Danielson, a Proud Boys supporter who was killed during an August 29, 2020, confrontation in Portland, Oregon. Tarrio posted on Parler, “That’s my president!” and “Standing by sir.” 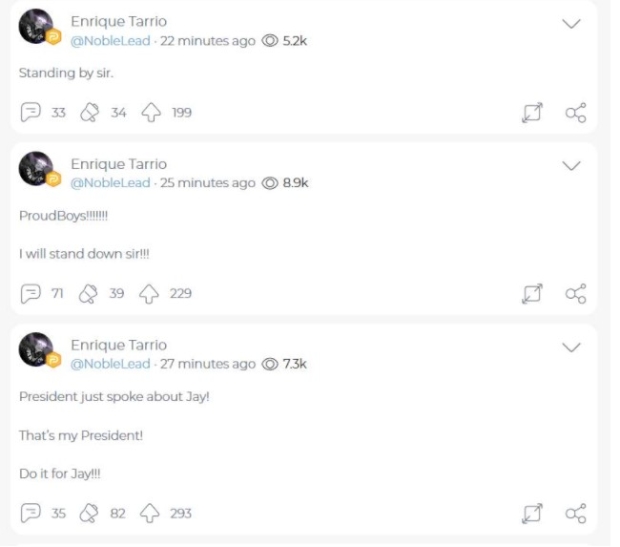 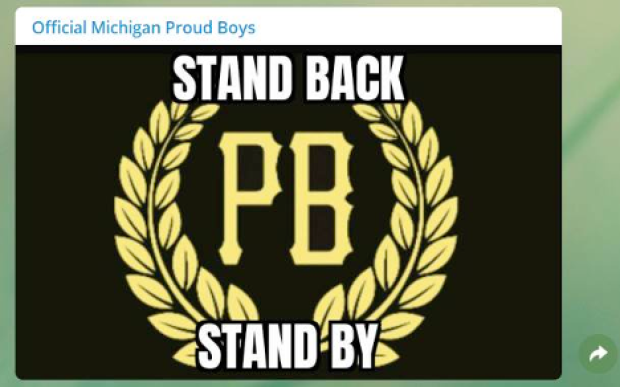 The Philadelphia Proud Boys doctored an image of Trump to show him wearing a Fred Perry polo, the Proud Boys’ unofficial uniform. 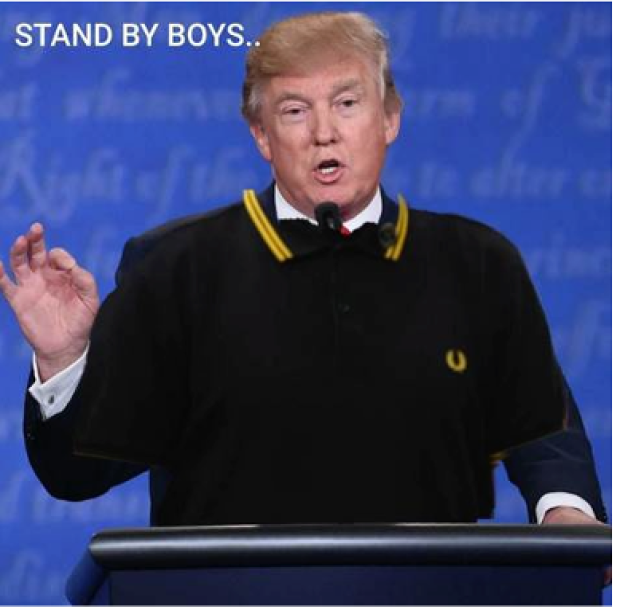 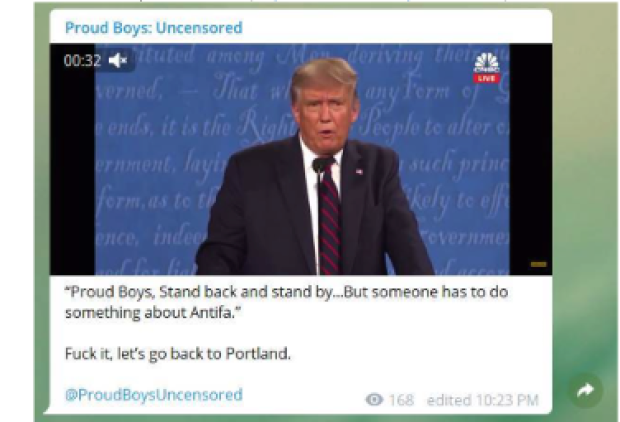 The Proud Boys enjoyed a bump on social media following the President’s mention:

Tweets referencing 'Proud Boys' jumped significantly to thousands per minute after President Trump referenced the group during the debate, noting that they should 'stand back and stand by'.

The Proud Boys describe themselves as a “pro-western fraternity” -- essentially a drinking club dedicated to male bonding, socializing and the celebration of “western culture.” In reality, the group bears many of the hallmarks of a gang, and its members have taken part in multiple acts of brutal violence and intimidation. Additionally, Some Proud Boys members espouse white supremacist and antisemitic ideologies and/or engage with white supremacist groups.