Atonement and Action on the Syrian Crisis

As we step away from Yom Kippur, it is a moment when the American Jewish community accepts responsibility for our sins of the past year and prepares to start anew. This year, we must atone also for the crimes in Syria--and that atonement must involve taking deliberate action to stop the slaughter of innocents there. 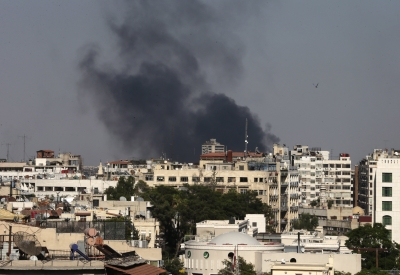 All of us have seen the soul-crushing images of ordinary civilians, including countless children, maimed by the war or once historic neighborhoods and religious sites reduced to absolute rubble.  Such images haunt all people.  However, I believe the Jewish community has a special responsibility to speak out and to be heard, having learned the price of the world’s silence.

The phrase “Never Again,” — ensuring that the catastrophe of the Holocaust is not repeated — means not only a commitment to fight anti-Semitism, but ensuring that no group or people ever be subjected to such brutality. Alas, in the years since the Shoah, the international community has not done well in preventing genocide and mass murder. Cambodia. Sarajevo. Rwanda. The Congo. Darfur. These names rightfully invoke outrage and shame because we stood idly by as innocents were slaughtered en masse.

And now we have the Syrian crisis. 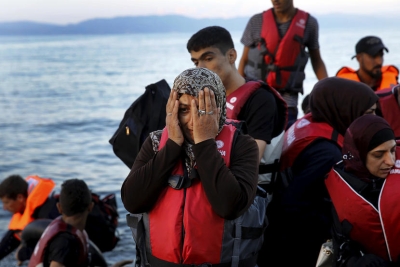 A Syrian refugee woman reacts while travelling in an overcrowded dinghy as it arrives at a beach on the Greek island of Lesbos, after crossing part of the Aegean Sea from Turkey, September 25, 2015. REUTERS/Yannis Behrakis

The litany of horrors associated with this conflict should be familiar to all. More than half a million people butchered senselessly, including hundreds of thousands of civilians targeted by their own government. The worst humanitarian catastrophe of our time and the largest refugee crisis since World War II. The traumatic impact of waves of people on neighboring countries — first and foremost Syria’s neighbors in Jordan and Lebanon. The destabilizing impact on the European Union where the wounded have sought refuge. Some consider Brexit a by-product of the conflict.  Terror attacks in Western Europe perpetrated by hardened Jihadists returning home from the conflict. The rise of populist and often xenophobic politics across the continent and even here in the United States in part prompted by concern about an influx of refugees.

It has not been a proud moment for the United States. With all the legitimate questions about the complexity of the conflict, uncertainty of the potential outcome of military action, and the sobering lesson of America’s experience in Iraq, this crisis has deteriorated over a five-year period to reach this devastating nadir. Despite the urgings to intervene – by many who warned early on of the very escalation we see today – America has stayed largely on the sidelines.

When the genocide in Rwanda took place 20 years ago, then too America did not act. In retrospect, President Bill Clinton described that decision as the biggest mistake of his presidency. Perhaps in time we will hear similar reflections from our current leadership.

Yet, as bad as the situation is today from a humanitarian perspective, it could get even worse. All of us should grieve at the images of the historic city of Aleppo crumbling under the constant barbaric siege by Assad and his Russian and Iranian allies. It is still not too late to act.

Some long have called for a no-fly zone that the U.S. and its allies could create within Syria. This would provide some measure of safe haven to those subject to the crushing attacks leveled by Assad and his ally Russia. A no-fly zone would show the downtrodden that the world actually cares about their wellbeing. That there is a safe place to go. This should immediately be put on the table, along with other options that might begin to turn the tide by raising the costs to Assad and his allies of their current approach. There is no time to lose.

Yet the moral crisis in Syria is not limited to the humanitarian arena — and yet it also cannot be reduced merely to containing ISIS. Western inaction has created a vacuum that has been filled by malevolent actors. We know how Shia sectarianism and the failure of the Iraqi government to include its Sunni minority has led to the rise of ISIS. But the ravages in Syria are not just fueled by Sunni extremism.

Iran has played a major role in sustaining the Assad regime. The Islamic Republic has fueled sectarian conflict across the region for decades, but the degree of their involvement in Syria has no precedent. They initially boosted Assad when there was a moment early on where he could have stepped down.  Over the past five years, Tehran has pumped money and manpower into the conflict. They have directed their proxies in Hezbollah to take up arms in the civil war.  Not only did the JCPOA fail to moderate the regime in any way, Rouhani and the IRGC appear to have doubled down on their violent expansion agenda. They have made sustaining the Assad regime their paramount goal. 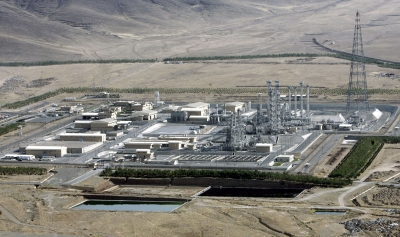 An aerial view of a heavy-water production plant, which went into operation despite U.N. demands that Iran roll back its nuclear program, in the central Iranian town of Arak, Saturday, Aug. 26, 2006. (AP Photo/ ISNA, Arash Khamoushi)

Russia also has played a dangerous game in Syria, bombing moderate forces and indiscriminately targeting civilian infrastructure. Despite all the problems that Russia faces at home, Vladimir Putin appears self-confident abroad after his excursions in Crimea and the Ukraine. Allowing him to continue to act with impunity could feed his appetite to interfere in other global locales. While US Ambassador to the United Nations Samantha Power appropriately called on Russia to “stop the slaughter,” it is clear that Mr. Putin will continue to pursue his expansionism and aggressive path so long as he does not feel the cost of his doing so.

We need to consider how we deal with these two parties whose interests are so misaligned from our own. Few still believe that either can play a constructive role in the resolution of the civil war. Policymakers should consider how we could apply further pressure on Tehran and Moscow, not only to provide immediate relief to the ailing Syrian people, but to contribute toward future stability in the region. An unhindered Russia and a triumphant Iran will surely spread further violence not only in Syria, but across the region and around the world.

The U.S. has stepped up its leadership to beat back ISIS through limited direct action and via the engagement of allies on the ground. It is vital that ISIS be dealt a defeat—which is essential in denying its apocalyptic appeal. Unfortunately ISIS-directed and -inspired terror is likely to continue for some time as foreign fighters, now war-hardened veterans of the Syrian war, return to Europe and other parts of the region.

But even as we identify and defeat these threats, we should not pretend that there are easy solutions in Syria. It is has been a conundrum from the outset. However, the complexity of the conflict cannot be an excuse for continued inaction. Sadly we have seen the cost of this approach. It stands as a sad reminder that there is simply no substitute for American leadership on the world stage. Our allies need America to set the agenda in order to activate their own capabilities.

On Yom Kippur we stand together as individuals and as a community to atone for our collective wrongdoings. This year, let us atone for Syria by taking action to protect the innocent and, ultimately, to save our own souls in the process.