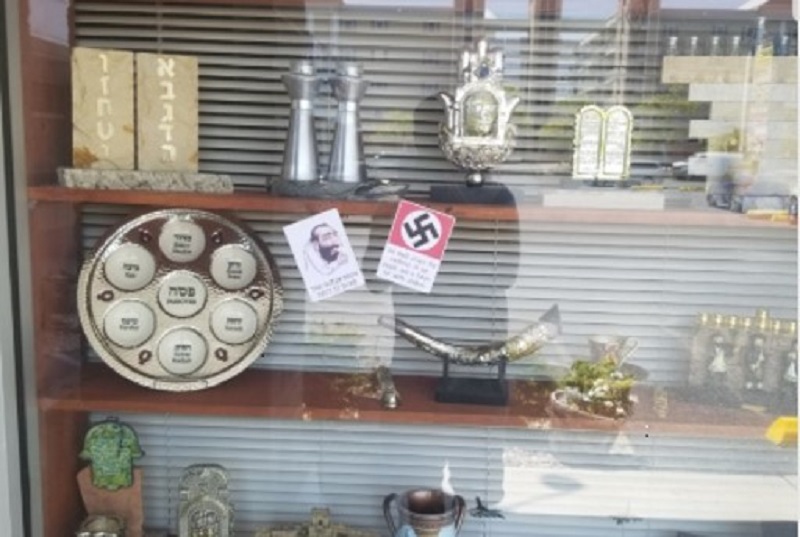 The April 27 shooting attack on a Poway, California, synagogue served as a stark reminder that white supremacists remain a significant threat to Jewish institutions. Not that anyone needed a reminder; the Poway assault took place just six months after Robert Bowers’ October 27, 2018 shooting rampage at Tree of Life Synagogue in Pittsburgh.

The attack on the Tree of Life synagogue was 2018’s only physical attack on a synagogue, but a review of data collected by ADL’s Center on Extremism reveals that Jewish institutions were targeted with white supremacist propaganda on dozens of occasions. These incidents took place throughout 2018 in Arizona, California, Illinois, Indiana, Iowa, Massachusetts, Minnesota, Nevada, North Carolina, North Dakota, Pennsylvania and Texas.

In 2018, ADL counted 34 incidents in which white supremacist propaganda was found at Jewish institutions including synagogues, community centers, Jewish campus organizations and Holocaust museums. Typically posted overnight, the propaganda messages ranged from veiled white supremacist language to explicitly racist images and words that attacked or threatened Jews. In the first four months of 2019, ADL has recorded eight incidents of white supremacist fliering at Jewish institutions in eight states. As in 2018, Daily Stormer Book Clubs and Patriot Front were responsible for a significant number of incidents.

Also in 2018, Atomwaffen Division, a neo-Nazi group whose members and associates have been linked to plots to attack synagogues, distributed anti-Semitic fliers at Jewish houses of worship in Tennessee and California. The fliers read, “A new order will rise from the ashes of the kike system,” “Hitler disapproves,” and “We will be there when there is no hope there is no escaping the day of the rope.”

The Texas-based Patriot Front, one of the most active alt right groups, targeted Jewish institutions on at least six occasions in 2018. Stickers and fliers containing their veiled white supremacist messages were found on Chabad mailboxes and at synagogues, Jewish Community Centers, Hillel buildings and other campus and university buildings related to Judaic studies.

Additional 2018 incidents include an Identity Evropa logo sticker found at a Georgia synagogue and anti-Semitic fliers, attributed to the Loyal White Knights, found plastered around a synagogue in Florida. White supremacist propaganda was also found at Holocaust museums in Virginia and Texas.

In addition to distributing propaganda, some anti-Semites and white supremacists made personal appearances at Jewish institutions. In September, Patrick Little visited the Holocaust Museum and Education Center in Skokie, Illinois, as part of his virulently anti-Semitic “Name the Jew” tour. And in November, William Josephus Warden was charged with ethnic intimidation after he allegedly threatened damage to a synagogue in Cary, North Carolina.