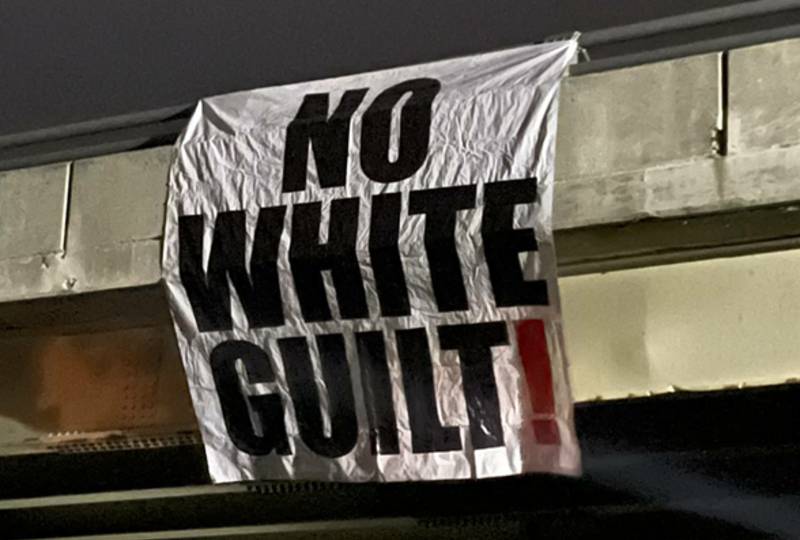 On May 25, 2021, the anniversary of George Floyd’s murder by a Minneapolis police officer, bigots and trolls took to Twitter to make celebratory, vicious posts tarnishing his memory, while white supremacists marked the day by distributing banners, fliers and stickers.

ADL’s Center on Extremism conducted an analysis of Twitter between May 19 and May 25 and found more than 1600 tweets which appear to celebrate the anniversary of George Floyd’s death. The analysis utilized Twitter's own search API and was run using keywords developed by COE.

The majority of the tweets (1,414) contained glib language referencing Floyd’s alleged drug use, congratulating Floyd for being “sober” or “drug free” for a year. This included tweets such as “Congratulations George!!! One year drug free!!” and “Happy one year sober to #FentanylFloyd.”

A much smaller selection (150) of tweets celebrated Floyd being one year “crime free.” One poster wrote, “I just wanna be the first to congratulate George Floyd on being crime free for a whole year, that’s amazing!” Other posts (40) were generic celebrations such as “Happy Anniversary, Today marks one year since society was blessed with the death of George Floyd.”

The majority of these tweets were sent on May 25; however, there was a small peak on May 23 which were predominantly retweets of a tweet—congratulating George Floyd for being “drug free”—from an influential account with more than 40,000 followers. 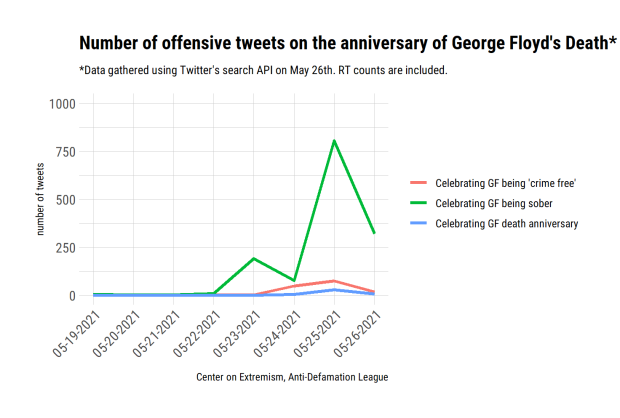 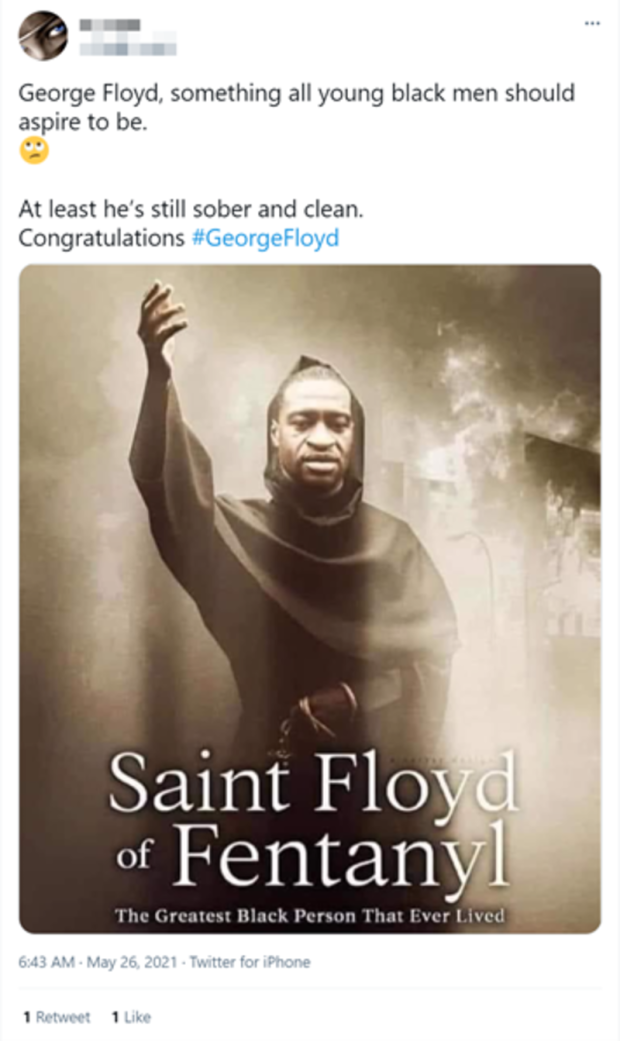 A bigoted tweet about George Floyd on the first anniversary of his death – May 26.

In most cases, the propaganda took the form of “No White Guilt” banners hung from highway overpasses. In other cases, the propaganda consisted of stickers with an image of a swastika that read, “we are everywhere.” Online chatter among white supremacists about the anniversary of Floyd’s death referred to it sarcastically as “Day of the Sacred N-----.”

The propaganda distribution campaign was promoted by Texas-based white supremacist Christopher A. Pohlhaus, who used his Telegram channel to sell the banners and stickers to his followers and to encourage them to participate in a coordinated banner drop on the anniversary of Floyd’s murder. 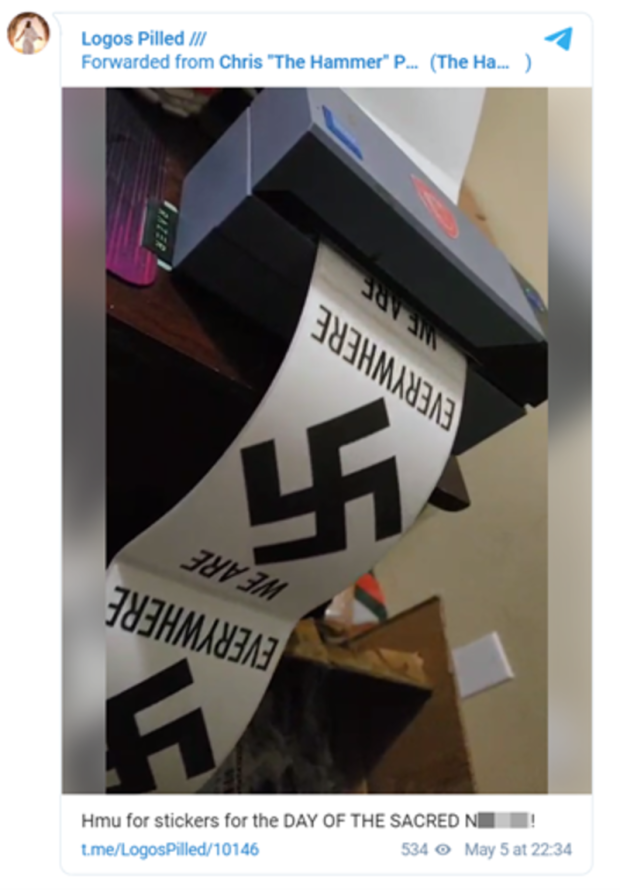 Pohlhaus encouraging his Telegram followers to buy stickers - May 5

At least two white supremacist groups distributed “anniversary” propaganda on May 25. Members of the neo-Nazi Nationalist Social Club dropped a “No white guilt” banner from a pedestrian crosswalk over the Everett Turnpike in Manchester, New Hampshire, and an Arizona-based faction of Aryan Nations distributed anti-Floyd propaganda in Litchfield Park, Arizona. Some of the fliers were also antisemitic.