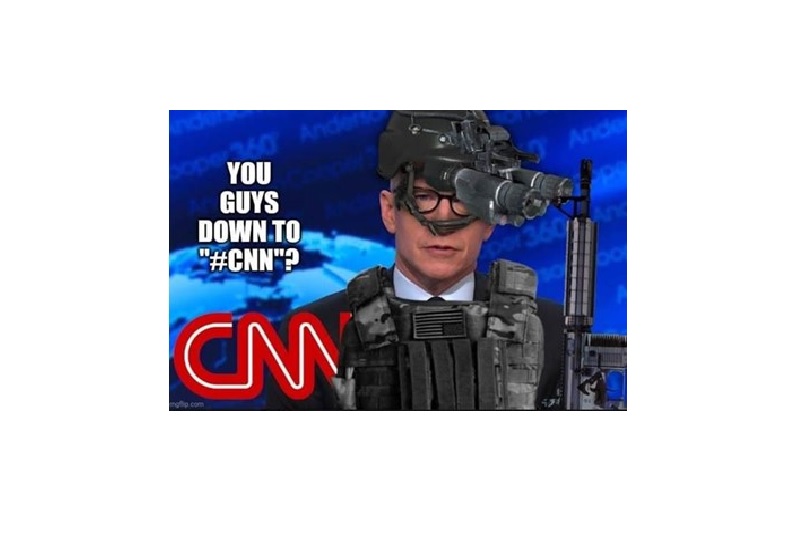 What do extremists do when a major social media site starts to deplatform them?  While some migrate to less restrictive platforms, others adopt camouflage techniques so they can continue to operate on their platform of choice, hiding in plain sight through name changes and coded phrases.

The new anti-government extremist "boogaloo" movement took the latter approach when, on June 30, Facebook announced it had banned hundreds of groups and pages associated with the boogaloo concept. The move eliminated major hubs of the nascent movement.

While many boogalooers retreated to other social media platforms, some took an alternative path: rebranding their movement on Facebook using the names of prominent media companies.

In the wake of Facebook’s targeted takedown, boogaloo supporters have encouraged each other to avoid using old nicknames originally used to bypass censorship, phrases like “luau,” “igloo,” or “boog,” in favor of new ones like “fiesta.”

Boogalooers are better positioned than more formalized groups to adapt to new conditions, because the movement is focused on a concept (the boogaloo), not a centralized organization. The name of the group is secondary. Recently, a flood of memes have pushed this idea, including one referencing the 2019 movie Joker: “Please forgive my laughter, some people think we care what it’s called.”

Between July 1 and July 7, a new boogaloo Facebook group called CNN bois garnered over 9,000 members before it was deleted. Another private group using a CNN-related name has garnered over 1,000 members though it was created less than a week ago. The nickname spread so far that Spike Cohen, the Libertarian Party’s 2020 Vice Presidential nominee, referred to boogaloo supporters on Twitter as “CNN bois” while praising boogalooers and Black Lives Matter activists protesting together.

Boogalooers’s coopting of a prominent brand to promote a future civil war draws on the long legacy of “trolling” – it allows them to annoy the media companies that depict them unfairly by linking the media brand names with a theoretical civil war.

But beyond this, boogalooers believe that emmeshing their cause with a popular brand will make it more difficult for Facebook to remove their content. As one commenter wrote in a widely shared post, “We understand relearning all this sucks but if we want to exist, we must adapt…Tag #CNN as a moniker. We will intertwine so deeply they wont [sic] know where we end and Anderson [Cooper]…begins.”

While Facebook has already removed several of these pages, this latest episode illustrates how quickly the boogaloo movement is able to adapt, and demonstrates the need for continued monitoring to stem the spread of its violent message. 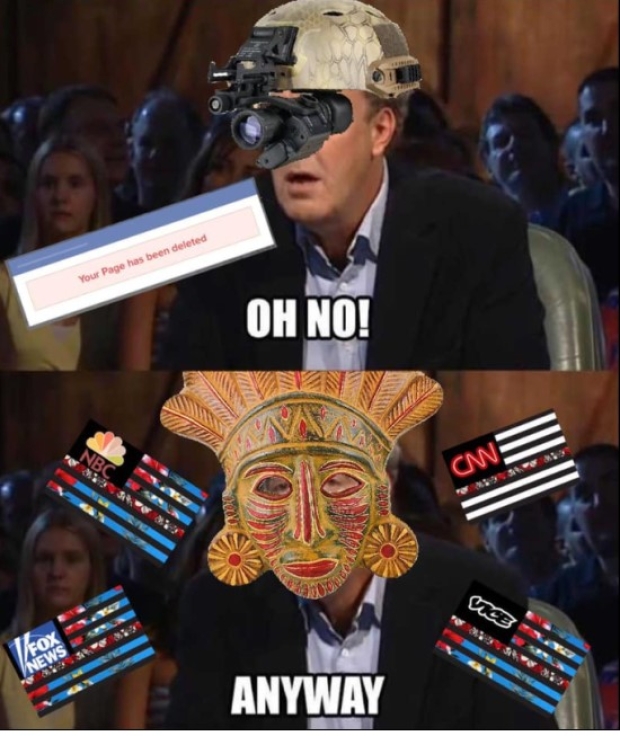