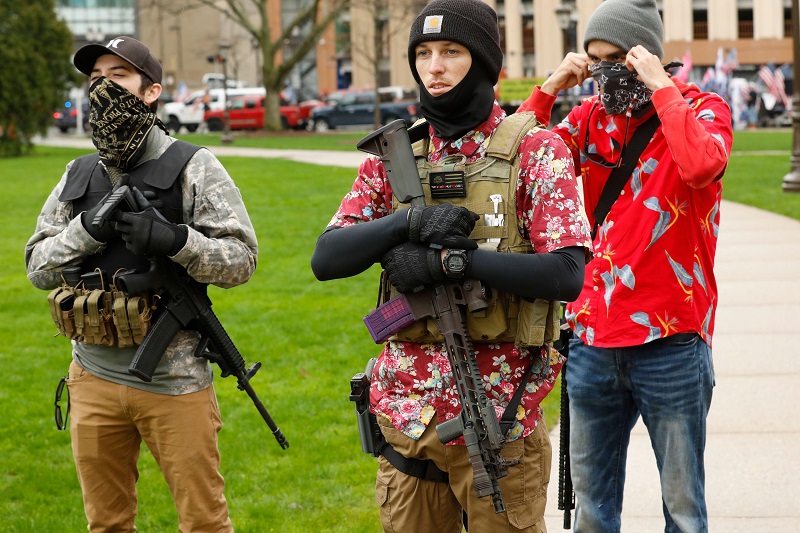 On May 1, 2020, when boogaloo activists organized a protest against coronavirus public safety measures in Raleigh, North Carolina, many attendees carried firearms in defiance of state laws prohibiting guns at public demonstrations. It was a scene played out across the country in recent weeks, as boogalooers are energized by resistance to lockdown restrictions, which they view as tyrannical government overreach. Boogaloo adherents have shown up at numerous lockdown protests, waving boogaloo signs, wearing Hawaiian shirts, and carrying firearms, sometimes illegally.

These boogalooers are part of an embryonic, decentralized movement that organizes largely online but whose presence has increasingly been felt in the real world. While boogaloo supporters hail from a variety of movements, and include some white supremacists who advocate for race war, the lockdown protests have largely featured the anti-government version of the boogaloo favored by the militia, gun rights, and anarcho-capitalist movements. This iteration holds that the American people are willing to respond with violence – even if it means sparking a civil war – to perceived government efforts to curtail their freedom.

As the backlash to the lockdown measures expands from state capitols to Main Streets nationwide, boogaloo advocates are talking openly about providing protection for local businesses determined to reopen in violation of state mandates. The presence of these frequently armed protesters could escalate already tense situations.

This potentially dangerous dynamic was on display during a May 4, 2020 standoff in West Odessa, Texas, when seven people – one of whom appears to follow some two dozen Facebook pages dedicated to the boogaloo – and a bar owner were arrested following a standoff with local law enforcement over lockdown rules. According to the Ector (Texas) County Sheriff, six of the protesters were carrying “AR-15 type weapons” and were charged with possessing firearms on a licensed property, while a seventh was charged with interfering with a peace officer’s duties. Following the incident, one boogaloo Facebook page shared images from the standoff and the comment, “Intent and willingness to give up everything for a moment of true violence in order to make a statement is the one barrier we need to cross as a community.”

Justifications for Violence and Hostility Towards Law Enforcement

Boogalooers rely heavily on humor, which makes their messaging more accessible and appealing, while also allowing them to underplay the more disturbing content as jest. Adherents often wear Hawaiian shirts, which, while not inherently extremist, reference a popular nickname for the boogaloo, the “Big Luau.” 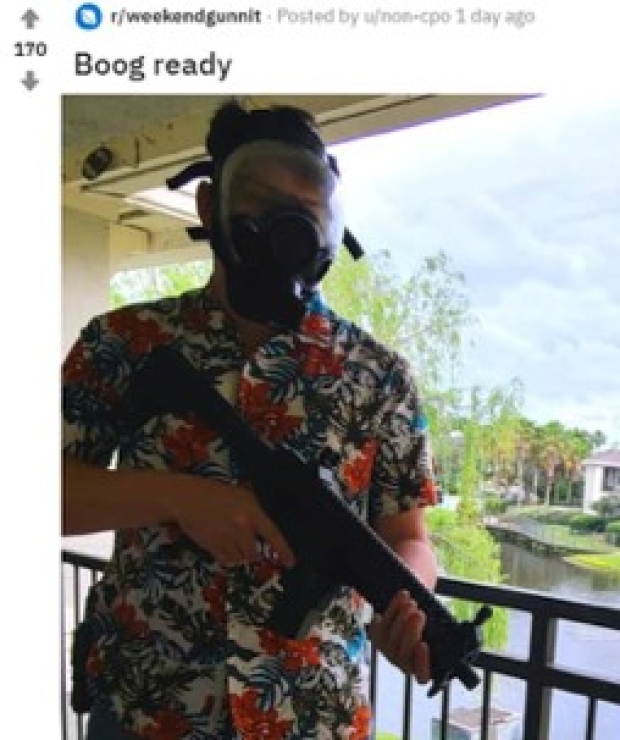 This use of humor does not diminish the violence associated with their expressed intent. While some boogalooers try to frame their support for an armed response only as a defensive measure against state-sponsored aggression, others embrace the notion of a full-scale civil war. To this end, members believe that civilians need to be armed with firearms and explosives to maintain the balance of power between the people and the state. 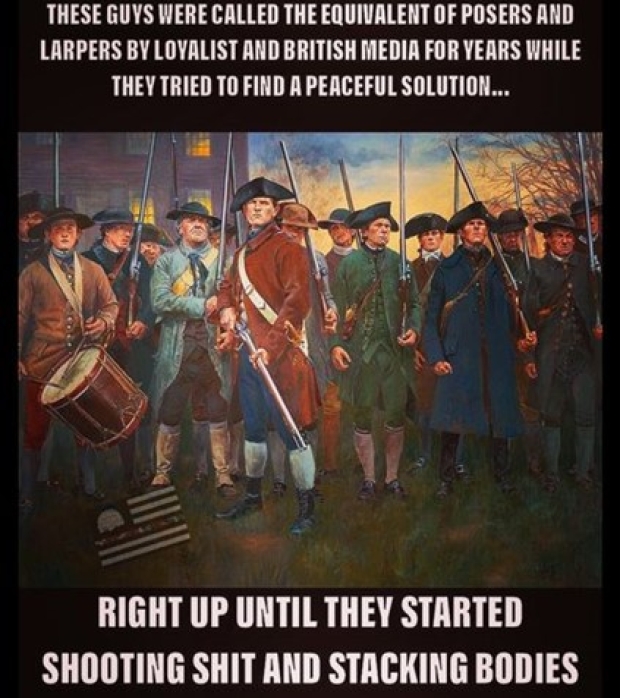 Many boogaloo advocates express a strong animosity for law enforcement, reflecting beliefs broadly held within the militia, gun rights and anarcho-capitalist movements. Many boogaloo adherents consider the police an arm of the state, which they see as enforcing “tyrannical” laws and directives. Individuals in these groups often express outrage about police enforcing red flag laws, executing no-knock warrants, and engaging in perceived brutality towards civilians. The movement’s memes reflect this anger. 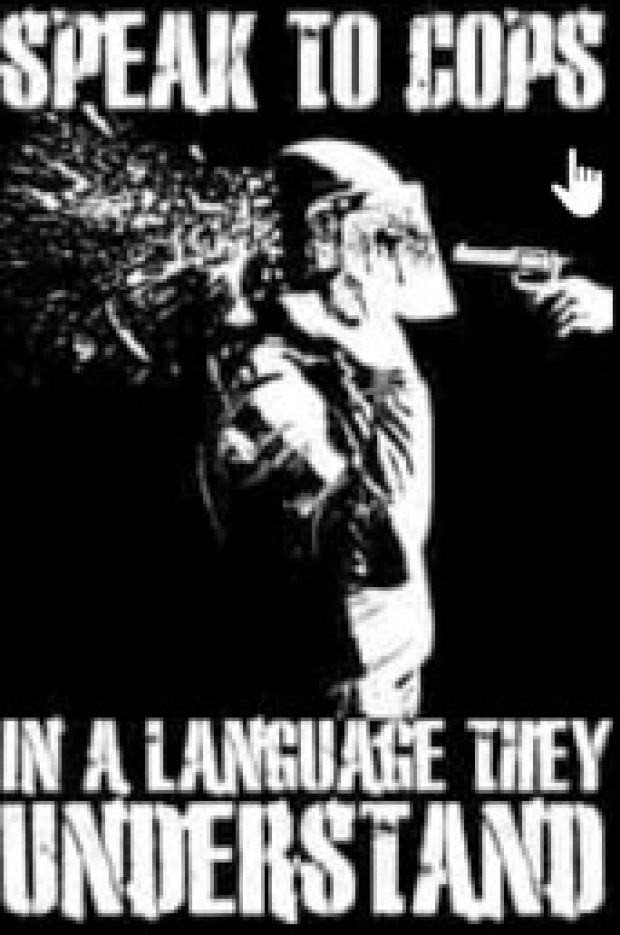 Boogaloo advocates foment this anti-law enforcement sentiment with references to past violent incidents, including the 1992 standoff at Ruby Ridge and the 1993 Waco Siege, as well as less publicized lethal interactions between police officers and civilians, as evidence of the government’s willingness to kill people who oppose its laws. 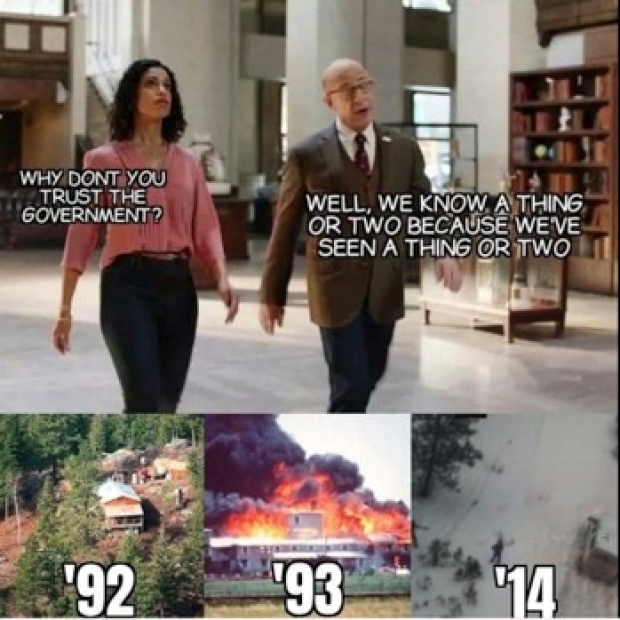 Adherents often muse online about booby trapping their homes to protect themselves from law enforcement. Though many of these suggestions appear to be made in jest, according to police reports, law enforcement found a booby-trapped shotgun shell in the home of 21-year-old Maryland resident Duncan Lemp – an alleged boogalooer who was killed in March during a no-knock law enforcement raid – that was ostensibly intended to explode when the door to his room opened. 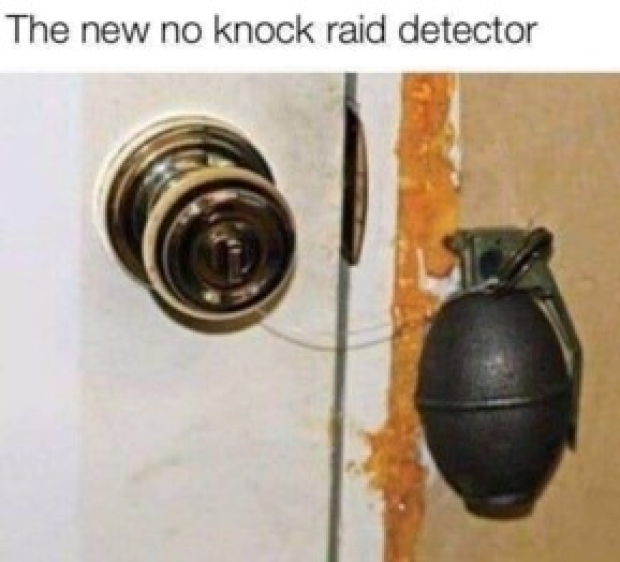 Lemp, who started a Facebook page and Telegram channel called BoogalooUSA, has been posthumously embraced as a martyr by the boogaloo movement. Supporters believe he was an innocent victim of unwarranted police aggression, and some have taken to referring to themselves as Duncan Lemp when interviewed by media. The hashtags #IamDuncan, #weareDuncanLemp and ‪#‎JUSTICEFORDUNCAN are commonplace, and some boogaloo activists have shared memes threatening revenge against law enforcement for Lemp’s death.

Arrests of People Associated with Boogaloo

On May 1, federal agents arrested Bradley Bunn of Loveland, Colorado, and charged him with possessing destructive devices after finding four pipe bombs during a search at his residence. Following his arrest, Bunn allegedly told investigators that he was, “willing to take out a few law enforcement officers in order to wake people up to what’s going on.” He added that he intended to use the devices to target anyone trying to forcibly breach his home. Though it is not confirmed that Bunn was involved in the boogaloo phenomenon, several Colorado boogalooers made online comments after his arrest, suggesting they knew him. In March 2021, Bunn pleaded guilty to five felony counts related to the possession of pipe bombs.

On April 11, 2020, Aaron Swenson, a 36-year-old Arkansas resident, was arrested in Texas after he posted a livestream on his Facebook account in which he allegedly talked about looking for a police officer to ambush and execute. According to authorities, Swenson wrote on Facebook, “I feel like hunting the hunters.”  When he was arrested, Swenson was wearing an armored plate carrier-type vest. Police also found several loaded firearms in his vehicle. Swenson has been charged with making a terroristic threat against a police officer.

A review of Swenson’s Facebook account found that he had liked more than a dozen boogaloo-related groups and had shared several boogaloo images on his own page. In homage to Duncan Lemp, Swenson updated his profile picture to a photo of himself wearing a Hawaiian shirt and an armored vest, and tagged it with the hashtag #HisNameWasDuncan.