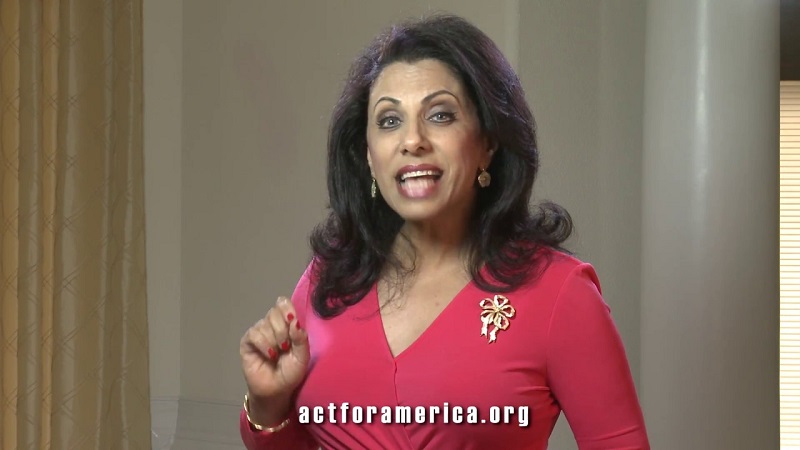 In May 2018, Brigitte Gabriel, the founder and head of ACT for America, the country’s largest anti-Muslim organization, continued her years-long campaign of Islamophobia when she accused “Islamic immigrants” of being rapists and pedophiles.

Gabriel was speaking to Newsmax’s Brett Winterble about Tommy Robinson, a founder of the far-right English Defense League and a major anti-Muslim bigot, who was sentenced to thirteen months in jail after filming several men, many of whom Robinson believed to be Muslim, who are accused of child sexual abuse offenses outside a courthouse. Robinson was found to be in violation of English and Welsh law that restricts media from reporting on child sex abuse trials while a trial is taking place, and he also violated a court order against him from just one year earlier on the same charges.

Responding to a question from the Winterble which referred to numerous cases of sexual assault during New year’s celebrations in Germany in late 2015, Gabriel said that violence, including rape, “is being perpetrated by one group of people: Islamic immigrants.” Gabriel also falsely alleged that Islamic immigrants "do not believe that raping a nine-year-old child is actually rape and pedophilia.”

Gabriel and other anti-Muslim bigots like Pamela Geller, Robert Spencer, Alex Jones and Geert Wilders promote the lie that contemporary Muslims approve of rape and pedophilia because the Qur’an states that the Prophet Muhammad married his wife Aisha when she was six years old.

Gabriel’s claims seem designed to stoke fear of Muslims as immoral and antithetical to “western” values.  Gabriel urged listeners to “come together and say we have a foreign element that we are importing into our societies who do not share our values. They do not share our respect for human rights.”

Many ancient religious texts, including the Bible, include passages and stories that fly in the face of contemporary laws and/or social mores, and which, taken outside of their historical context, are easily hijacked by anyone who wishes to make a defamatory “case” against that religion. Some anti-Semites, for example, charge that modern-day Judaism encourages pedophilia on the basis of several lines in an ancient legal code.