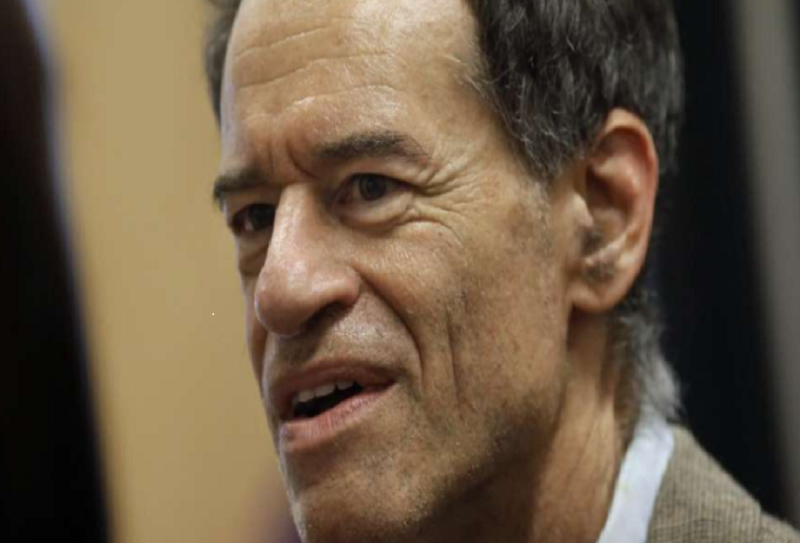 Ron Unz, a California businessman and founder of the Unz Review website, whom ADL has written about previously and described as a funder of anti-Israel activists, has embraced hardcore anti-Semitism. In recent months Unz has denied the Holocaust, endorsed the claim that Jews consume the blood of non-Jews, and has claimed that Jews control the media, hate non-Jews, and worship Satan.

This is the latest step in Ron Unz’s quixotic trajectory as an education reformer, English-language advocate, failed candidate for US senate, anti-immigrant activist, and funder of anti-Israel and anti-immigrant websites. In recent years his Unz Review website, which he created after having been purged from his role as publisher of The American Conservative magazine, has published increasingly racist and anti-Semitic content, and he has created an online library of free anti-Semitic texts. Now Unz himself has articulated a series of classic anti-Semitic beliefs.

One of Unz’s most scathing anti-Semitic articles appeared on his website on July 16, 2018, when he used the works of notorious anti-Semitic writer Israel Shahak as a cover for his foray into anti-Semitism.  Shahak’s Jewish History, Jewish Religion: The Weight of Three Thousand Years has become essential reading for a variety of anti-Semites across the ideological spectrum, who frequently cite Shahak’s conclusion that Zionists and religious Jews possess a seething hatred for the rest of mankind, and that Judaism encourages crime and violence against non-Jews.

Unz writes that although his own knowledge of Judaism was limited, he became convinced from Shahak’s writing that everything he thought he had known about Judaism was wrong.  Among Unz’s new beliefs: that religious Jews “pray to Satan almost as readily as they pray to God”; that Jews believe that “the primary reason for the existence of non-Jews is to serve as the slaves of Jews”; and that Judaism permits Jews to murder non-Jews with impunity and that Judaism’s disdain for the lives of non-Jews has inspired Israel to steal and traffic in illegal organs.

Channeling Shahak once again, Unz asserts that Jews believe that Christianity is “a total abomination, which must be wiped off the face of the earth,” and that “the Christian Bible represents purest evil.”  Unz also claims that “many deeply religious Jews utter a prayer each and every day for the immediate extermination of all Christians.”  He alleges Jews have used elaborate subterfuge to hide their views and behavior toward non-Jews.

Unz claims that Shahak’s ostensible revelations were world-altering, writing that he jokingly told a Jewish friend he discovered that “Nazism could be best be described as ‘Judaism for Wimps.’”

Unz even embraced the notion of the anti-Semitic “blood libel” canard, which claimed that Jews used the blood of Christians for their religious rituals.  In typical fashion, Unz veils his own comments in the works of others, citing “Bloody Passover,” a controversial and discredited book by Ariel Toaff, to make the claim.  As he often does, Unz says that while he can’t vouch for the veracity of the book, he encourages people to read it.

A week after his initial article, Unz released a piece in which he provided at least partial endorsement of two of the most important anti-Semitic texts in modern times: “The International Jew” by Henry Ford, and the forged “Protocols of the Elders of Zion.”

The International Jew by Henry Ford is collection of anti-Semitic pamphlets from the early 1920s which caused widespread dissemination of anti-Semitic conspiracy theories in the United States. Unz claims that Ford intended to justifiably focus on “Jewish misbehavior” that he “believed was being ignored or suppressed by nearly all mainstream media outlets.”  Unz argues that “almost all the discussions [in The International Jew] seemed quite plausible and factually-oriented, even sometimes overly cautious in their presentation.” Unz asserts that it is a reliable source that speaks to not only the past behavior of Jews but also to their behavior today.

Unz also gives limited endorsement to The Protocols of the Elders of Zion. The book, which presents itself as the record of a Jewish plot to take over the world, has been recognized as a vile forgery. Although Unz says he has “doubt” whether the book is genuine, he agrees that it is based on true events, and claims that the author must have been “someone who was generally familiar with the secretive machinations of elite international Jews against the existing governments….who drafted the document to outline his view of their strategic plans.” Unz also repeats the far-right claim that The Protocols should be “on the required reading list of every Political Science 101 course,” together with Plato’s The Republic and Machiavelli’s The Prince.

In those and several subsequent essays, Unz rounded out his belief in a variety of historical anti-Semitic conspiracy theories.

On July 16, Unz promotes a number of anti-Semitic conspiracy theories, and provides questionable sources to support his claims that Jews brutally economically exploited peasants in early modern Europe, that they were the leaders of the slave trade (using an anti-Semitic Nation of Islam tract, The Relationship Between Blacks and Jews, to do so), and that Jews controlled “all the powerful mass-media technologies of our modern world,” claiming that America’s “ruling elite” was now “mostly Jewish.”

On July 23, 2018, Unz pushed further into the world of anti-Semitic conspiracy theories. Unz claims that an alleged “large spike in worldwide hostility towards Jews” in the interwar period was the result of a widespread awareness that because Jews were “enormously over-represented” in the top leadership of the Bolshevik Party and subsequent Soviet regime, that Jews represented a threat to established democracies. Unz argues that it is reasonable to claim that “international Jewish bankers” created the Communist movement. In an August 27 article, Unz uses this alleged Jewish control of Communism to claim that “in per capita terms Jews were the greatest mass-murderers of the twentieth century.”

On July 30, Unz takes on two of the most well-known anti-Semitic incidents from the late 19th century and early 20th centuries: the arrest of Alfred Dreyfus, an innocent Jewish artillery officer who, in a well-documented outburst of anti-Semitism in France, was put on trial for treason in 1894; and the anti-Semitic lynching in 1915 of Leo Frank, a Jewish businessman in Georgia who was convicted after a sham trial for the murder of a young girl who worked in his factory.

Unz attempts to justify the treason charges against Dreyfus, arguing that “Jews had been the leading culprits behind several huge financial scandals that impoverished large numbers of small investors” a few years before the Dreyfus incident and that “anti-Dreyfusards” were probably angry that “a Jewish military spy from a very wealthy family might be able to walk free using similar tactics.”

Unz similarly presumes that Frank was guilty and justifies his lynching by asserting that “the outpouring of popular anger against Frank was produced by the vast ocean of Jewish money …that was committed to the legal efforts to save the life of someone widely regarded as a brutal murderer,” and “the lynch-mob that hung Frank was viewed by the community as merely enforcing his official death sentence by extra-judicial means.”

On August 27, Unz published a long anti-Semitic essay about Holocaust denial. After reviewing the history of Holocaust denial very sympathetically and in remarkable detail, Unz concludes that: "it far more likely than not that the standard Holocaust narrative is at least substantially false, and quite possibly, almost entirely so."

Unz’s long essays read as extended book reviews on anti-Semitic themes. Throughout, he takes care to note the anti-Semitic texts which he finds so compelling, and even provides digitized versions of these texts for the edification of his readers. Though he uses the works of others to help him make his points, and sometimes claims that he cannot vouch for the veracity of any particular point, there is no mistaking the blatant anti-Semitism that suffuses the articles in this series. Unz may enjoy claiming that he merely presents “alternative views” not covered by the mainstream media, but in fact, he is acting as a loudspeaker for vicious anti-Semitism.

Because Unz comes from a Jewish background, readers may find his many false assertions about Jews more believable.  Anti-Semites from David Duke to Kevin MacDonald have taken particular delight in Unz’s anti-Jewish views. His publication attracts far-right readers as well as some people in the mainstream.