As the international community struggles to deal with the COVID-19 pandemic, ADL continues to monitor antisemitism and extreme anti-Israel sentiment related to the virus on social and traditional media. Over the past few weeks, ADL has documented this trend in the United States and around the world, and issued a call for social media companies to take action to address antisemitism and other forms of bigotry related to coronavirus on their platforms.

We’ve also seen manifestations of this type of hate throughout the Spanish-speaking world, with a proliferation of social and traditional media posts blaming Israel and Jews for creating and spreading the virus, as well as comparing the State of Israel to COVID-19.

The conspiracy theory that Israel and Jews are responsible for spreading the virus perpetuates an age-old antisemitic conspiracy about Jews infecting others to gain control and power.

There were also a number of social media posts accusing “Zionists” of being behind COVID-19. Examples include: 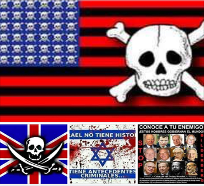 Caption: Know your enemy, these are the people who control the World. Names of Jewish people include Rothschild, Henry Kissinger, George Soros, Larry Summers and Lloyd Blankfein (April 26, 2020)

Comparisons between Coronavirus and Israel

There have also been comparisons between the COVID-19 virus and Israel’s actions towards the Palestinians, with Israel being referred to as a virus. In an effort to play on the term “COVID-19”, anti-Israel voices have referred to Israel as “Zion-48”, a reference to the year Israel was founded (1948) 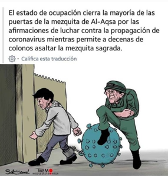