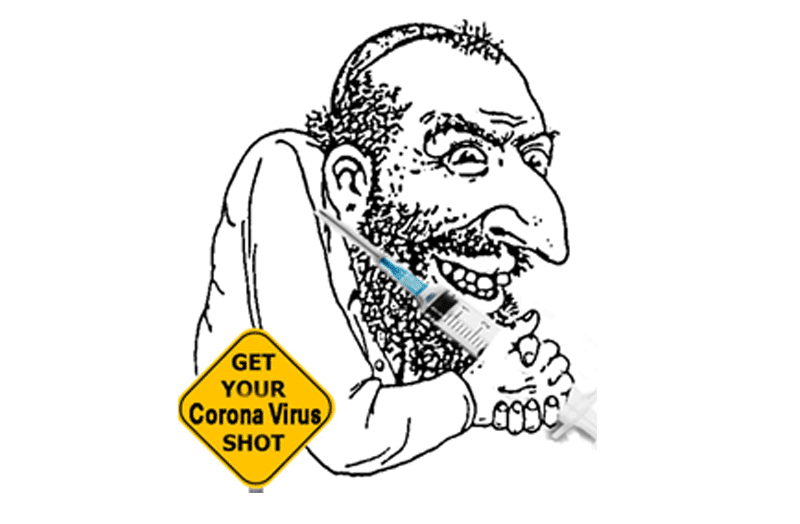 Many antisemitic conspiracy theories posit that Jews have undue global influence and that they manipulate events to expand their power, often citing specific actors like George Soros or the Rothschild family. In recent weeks, there has been a surge in messaging that Jews and/or Israel manufactured or spread the coronavirus to advance their global control. This is trope that can be traced back to at least the 14th century, when Jews were accused of poisoning wells in order to spread the bubonic plague.

Jews are profiting from the coronavirus

One of the most prevalent stereotypes about Jews is that they are greedy and value profit above all. From the first days of the coronavirus, antisemites have accused Jews of making money off the virus: from the vaccine, by exploiting market volatility, or through loans. These messages are often accompanied by an image of the “happy merchant,” an antisemitic drawing of a Jewish man with heavily stereotyped features.

Jews as the real virus
In addition to accusing Jews of purposely spreading the virus, antisemites have portrayed Jews themselves as a virus, simultaneously framing them as malignant and something that need to be “cured.”

Using the coronavirus to attack the state of Israel

Many of the antisemitic coronavirus-related content being shared online depicts Israel as a malicious actor that has either manufactured or is using the coronavirus to target its enemies. Others are using the virus to criticize the state of Israel’s policies. While these critiques are not inherently antisemitic, some do perpetuate antisemitic tropes.

Coronavirus as a means to kill Jews

Many antisemites on 4chan and Telegram are cheering the news of coronavirus cases in Israel, while others are encouraging people to spread the virus among Jewish communities. 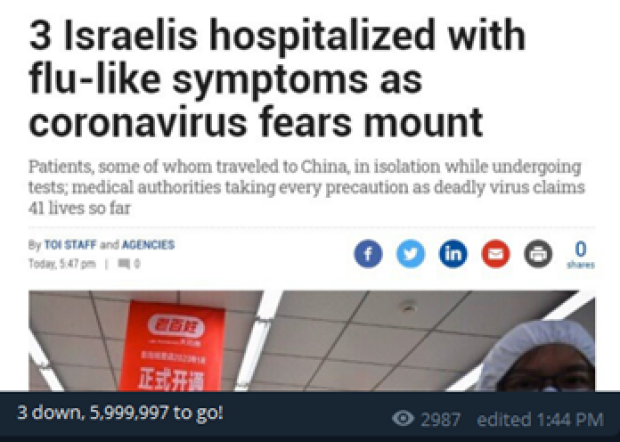 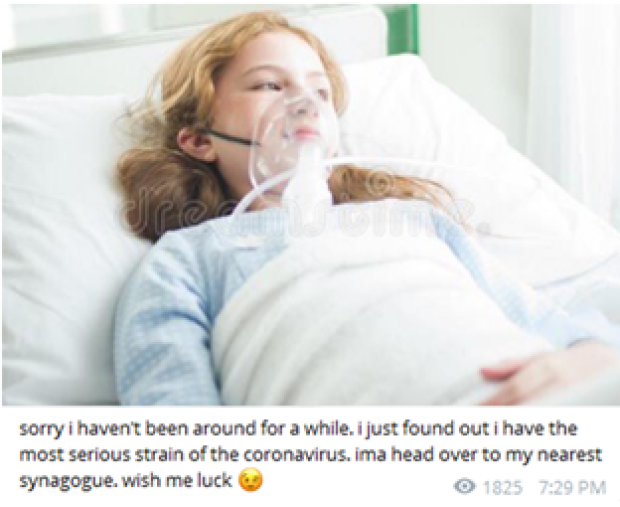 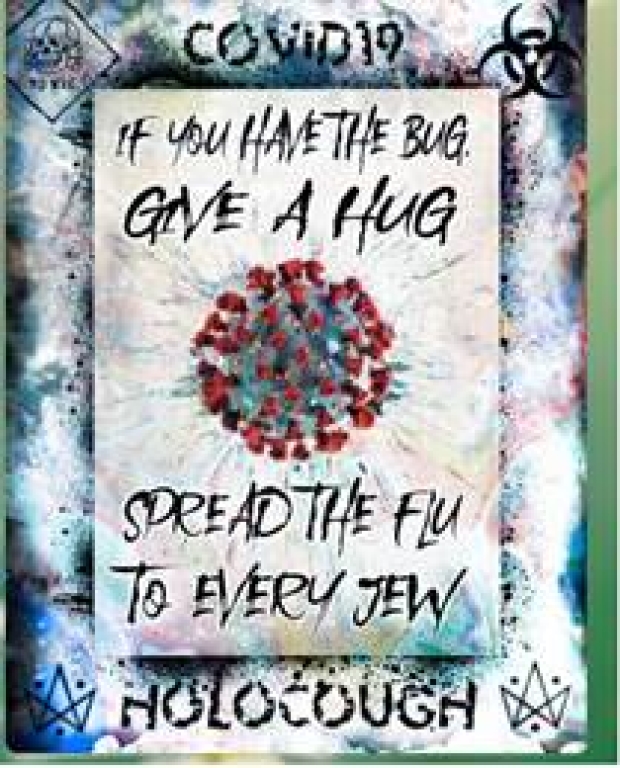 Some extremists on Telegram have tied reports documenting the Chinese and Italy’s difficulty in safely disposing of coronavirus fatalities to cast doubt on the number of Jews who died during the Holocaust. 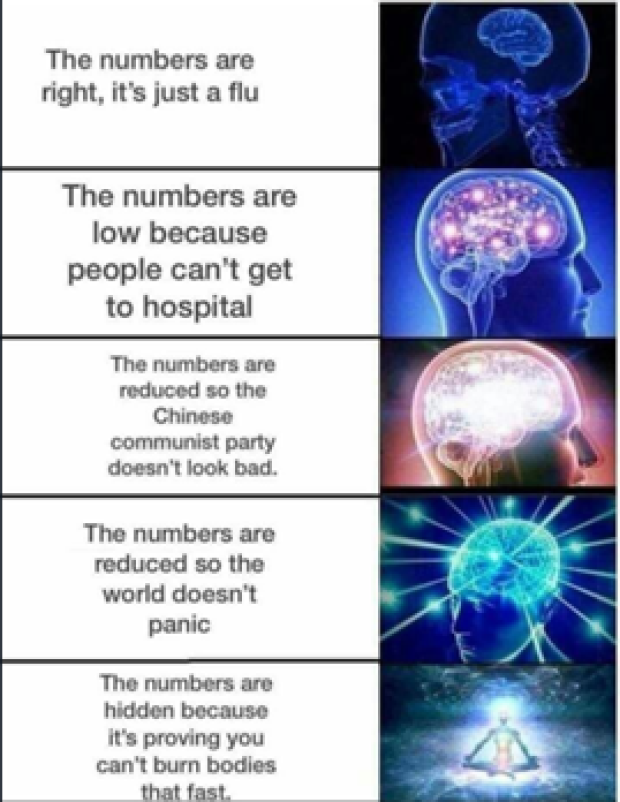 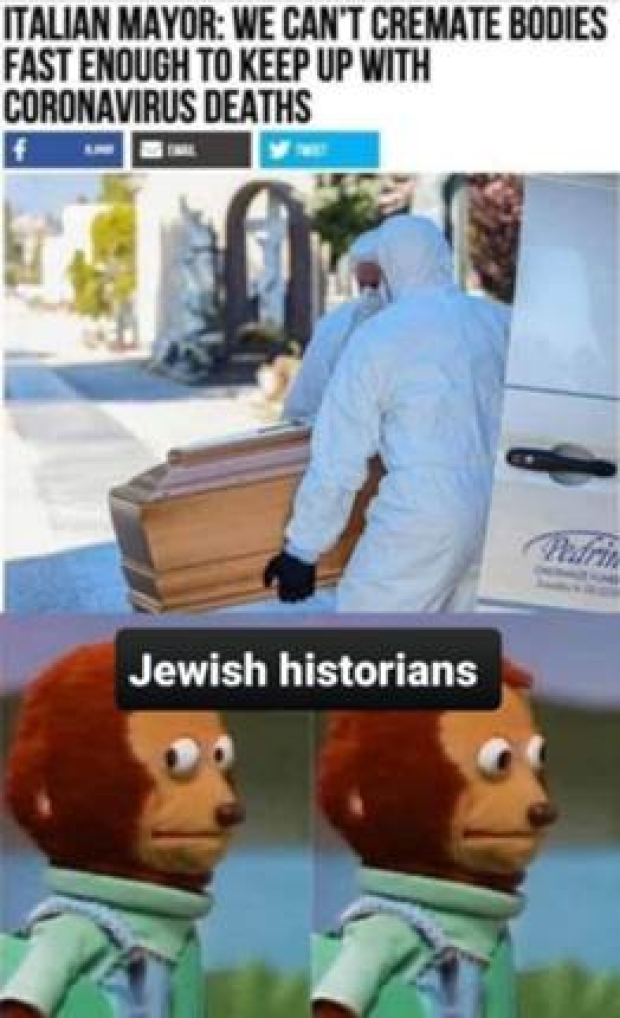 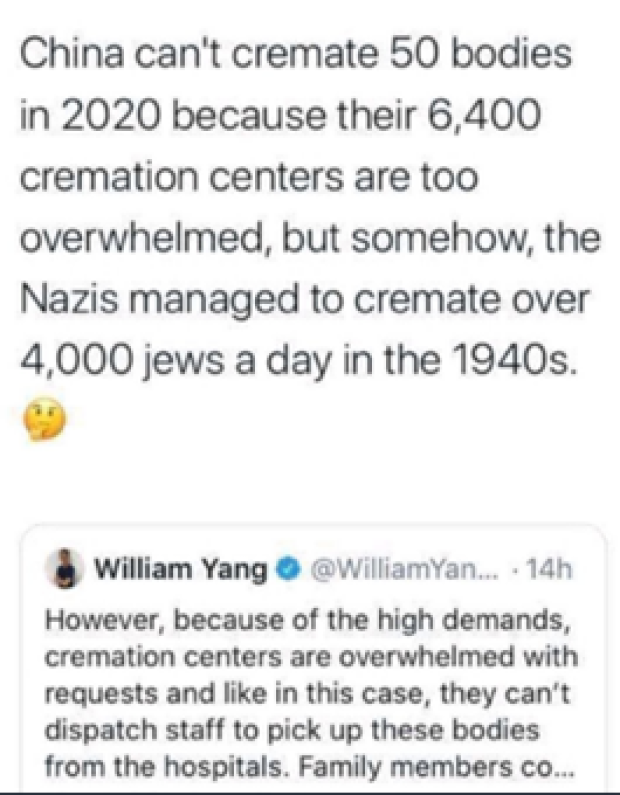