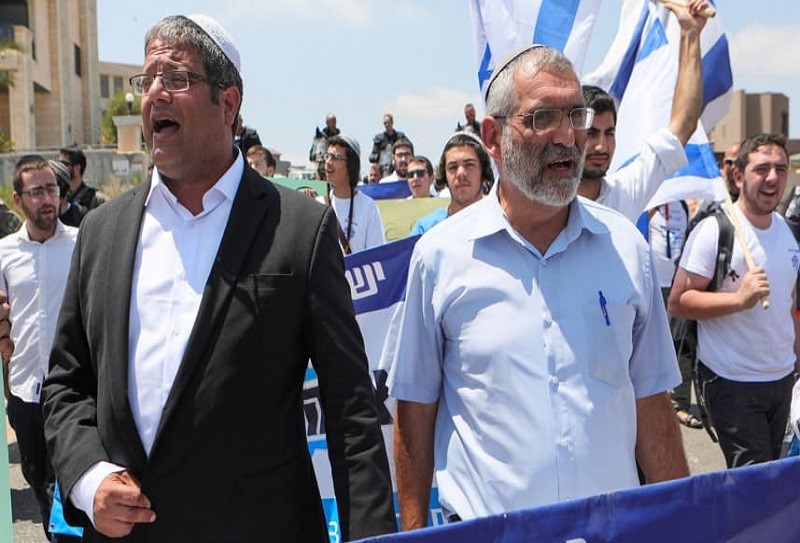 Many American Jewish organizations generally refrain from commenting on Israeli electoral issues. The fact that so many felt they had no choice but to condemn the agreement to include Otzma Yehudit Party (Jewish Power) on a mainstream party list in advance of the April 9, 2019 national elections demonstrates the level of concern with which American Jews and pro-Israel groups view this development and its implications -- both in Israel and abroad -- for how Israel’s democratic society deals with extremism and respect for minorities.

The leaders of Otzma Yehudit are self-identified disciples of U.S.-born Rabbi Meir Kahane, who preached a radical form of Jewish nationalism that promoted unabashed and virulent anti-Arab racism, violence and political extremism. While he was alive, ADL and the vast majority of American Jewish organizations and leaders roundly condemned Kahane and the organizations he founded including the Jewish Defense League (JDL) and Kach, seeing his extremism and hate as anathema to Judaism and democratic values.

It was the same in Israel. For example, upon Kahane’s election to the Knesset, Israeli Prime Minister Yitzhak Shamir and his Likud party rejected Kahane’s bigotry and made it a point to leave the parliament hall when Kahane rose to speak. Ultimately, Kahane’s racist activities led to the banning of his Kach Party from the Knesset and it was made illegal under Israeli law, which remains in effect to this day.

Kahane’s extreme worldview didn’t die out following his assassination in 1990. Baruch Goldstein, the Jewish extremist who murdered 29 Palestinian worshippers in cold blood in Hebron in 1994, was a disciple of his, as was Yigal Amir, the Jewish law student who murdered Israeli Prime Minister Yitzchak Rabin in 1995. Horrifyingly, both Goldstein’s and Amir’s actions were met with defense and even praise by a number of rabbis and others leaders in Israel and the U.S., including some who currently make up the Otzma party.

In recent years, many in Israel and within the American Jewish community have called out the hateful rhetoric and policies of the figures now leading the Otzma Party, but fundamentally viewed them in the same light as political figures on the far left who condemned Zionism and supported terrorism, essentially as fringe entities within Israel’s lively democratic spectrum.

That all changed when, thanks to Prime Minister Benjamin Netanyahu’s orchestration, the national-religious Jewish Home Party announced a merger agreement with Otzma Yehudit, ensuring that this newly formed union will likely pass the threshold to enter Knesset. As part of the union, Otzma Yehudit will get as many as two Knesset seats. In exchange for the unified party’s joining a right-wing Likud-led coalition government following the April elections, Netanyahu has reportedly offered the Jewish Home two government ministries.

It is this decision, which in the interest of political expediency, ignores the hateful and extremist views and policies of Otzma Yehudit, and brings Kahane-inspired leadership from exile into the mainstream Israeli discourse, that led to the extraordinary reaction in Israel and from the American Jewish community.

ADL and others in the American Jewish community consistently speak out against U.S. leaders and officials, whether on the left or right of the political spectrum, who enable anti-Semitic and other hateful bigotry and rhetoric. The Jewish community has stood up and spoken out against the inclusion of extremist far-right political parties in European governments like Austria. We must do the same and use our moral voice to speak out against the mainstreaming of Otzma within Israel.  A future Israeli government that includes Otzma or its political affiliates will challenge Israel’s founding values of respect and equality for all its citizens.

In the ongoing fight against hate in the world, one of the true tests for success is whether or not one is ready to take on haters in one's own community.

We can only hope that Prime Minister Netanyahu, the array of Israel’s political parties, and the Israeli voting public, recognize the dangers of mainstreaming Otzma Yehudit. Failure to do so will have repercussion for Diaspora-Israel relations, for Israel’s Arab and other minority communities, and certainly to the overall health and cohesion of Israel’s democratic society.