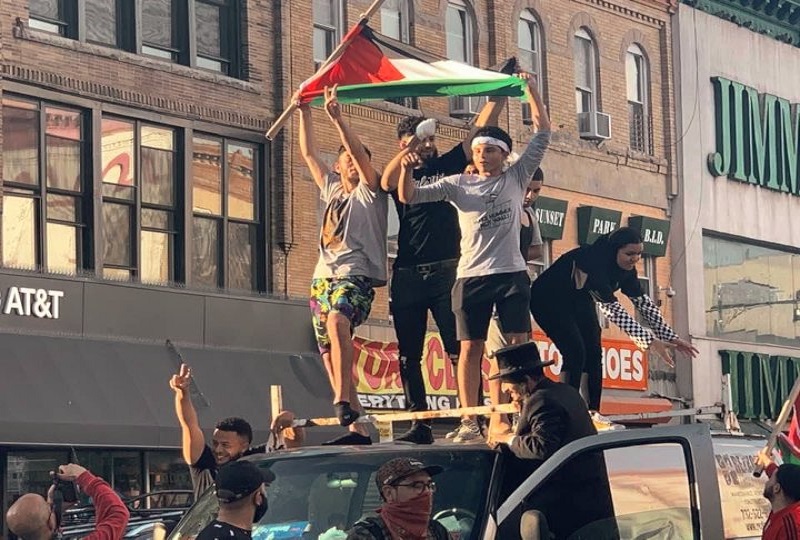 Anti-Israel groups have held at least thirty-five rallies in cities across the U.S. since July 1, 2020, ostensibly to express their opposition to the potential annexation by the government of Prime Minister Benjamin Netanyahu of parts of the West Bank, which had been expected to be announced as early as July 1. Although many of the protestors limited their messaging to expressions of support for Palestinians and criticisms of Israeli policy, a large number of these events featured classic antisemitic tropes or hostile language demonizing Zionism, the movement for Jewish self-determination and statehood – an ideologically diverse movement supported by the vast majority of American Jews and Americans in general.

Most of these rallies were described by their organizers as being part of a “Day of Rage,” a term coined by anti-Israel activists around the world including in the Palestinian territories. Others simply were billed as anti-annexation events. About half the rallies included messaging that bizarrely blamed Israel for the militarization of American police and for racist police brutality in the United States. Several specifically attempted to implicate Israel in the murder of George Floyd, a Black man who was killed by Minneapolis police, although no evidence has been provided to substantiate this charge.

Some of the more hateful expressions at the rallies included:

Some of the rallies consisted of car caravans which took routes that were deliberately designed to pass in front of offices of Jewish organizations, including regional offices of ADL, as well as Israeli consulates. Attendance ranged from under 20 in places like Philadelphia, Baltimore, Toledo, and Albuquerque, to up to 100-300 in Brooklyn, Chicago, Boston, San Diego, and Washington, D.C.

The far-left group Workers World also played an organizing role in some of the rallies. Some of the rallies were attended by other left-wing activist groups such as Union del Barrio-Los Angeles, CODEPINK, the Asian Solidarity Collective, the Red Nation, Alianza Por Puerto Rico, the ANSWER Coalition, and Socialist Alternative. A fringe, anti-Zionist ultra-Orthodox Jewish sect known as Neturei Karta was a visible presence at several of the rallies.

The ADL Opposes West Bank Annexation -- Because We Are Zionists.