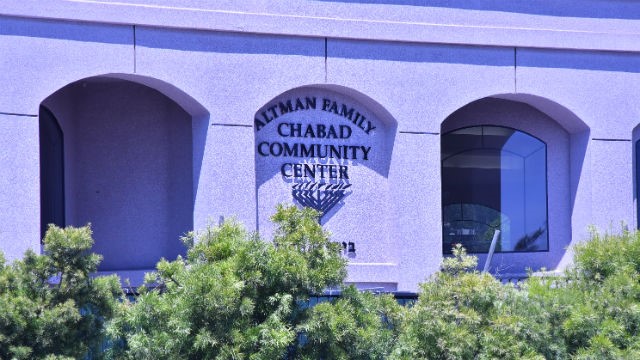 On Saturday April 27, 2019, a gunman identified in media reports as 19-year-old John Earnest opened fire inside the Chabad Congregation in Poway, California, leaving one dead and three injured.

The assault, which took place on the last day of Passover, occurred exactly six months after Robert Bowers’ deadly shooting rampage at Tree of Life Synagogue in Pittsburgh, which left 11 congregants dead and two more wounded. It also comes on the heels of fatal attacks on two mosques in New Zealand and a number of churches and hotels in Sri Lanka.

According to reports, the gunman entered the synagogue armed with an AR-style firearm and a handgun, and called 911 on himself as he drove away from the attack.

This act of violence may turn out to underscore the extent to which Jewish houses of worship are under attack, especially by individuals who espouse white supremacist ideology.

ADL's immediate research within hours of the incident identified that the alleged gunman may have posted a white supremacist letter/manifesto to the documents-sharing site PasteBin on the morning of the attack. The post, in which a user identifies themselves as John Earnest, details his hatred for Jews and all non-Christians, and refers admiringly to Bowers and Brenton Tarrant, who murdered 50 people at two mosques in New Zealand. Tarrant also used PasteBin to post his white supremacist manifesto.

The letter includes a laundry list of anti-Semitic conspiracy theories, including the longstanding white supremacist assertion that Jews are responsible for non-white immigration, which “threatens” the white race. “Every Jew is responsible for the meticulously planned genocide of the European race,” the letter states, adding “… For these crimes they deserve nothing but hell.” This mirrors the language used by both Bowers and Tarrant prior to their attacks.

The letter continues: “Is it worth it for me to live a comfortable life at the cost of international Jewry sealing the doom of my race? I willingly sacrifice my future—the future of having a fulfilling job, a loving wife, and amazing kids. I sacrifice this for the sake of my people. OUR people. I would die a thousand times over to prevent the doomed fate that the Jews have planned for my race.”

The letter also alludes to “accelerationism,” a nihilistic philosophy of revolutionary change favored by some white supremacists, writing, “I used a gun for the same reason that Brenton Tarrant used a gun. In case you haven’t noticed we are running out of time. If this revolution doesn’t happen soon, we won’t have the numbers to win it.”

Echoing similar references made by Brenton Tarrant, the letter asserts that PewDiePie, aka Felix Arvid Ulf Kjellberg, helped him plan and finance the attack. “I think it is important for you to know that I did not do this alone,” the letter states. “I had the help of a man named Felix Arvid Ulf Kjellberg. He was kind enough to plan and fund this whole operation—the sly bastard. Apparently, Pewdiepie hates Jews as much as Pajeets. Who would’ve known?"

The letter also claims responsibility for a recent arson attack at an Escondido mosque. “I scorched a mosque in Escondido with gasoline a week after Brenton Tarrant’s sacrifice and they never found shit on me.”

The final paragraph includes a call to arms, urging his readers to take violent actions themselves, much as Brenton Tarrant did before his deadly attack on two New Zealand mosques: “I have complete trust and certainty that all of you after reading this will begin planning your attack on the enemy—and you’ll attack again, and again, and again—until either we win, or we die.”

A post on 8Chan, a social media platform favored by white supremacists, including New Zealand shooter Brenton Tarrant also includes a link to the PasteBin manifesto.  If the 8Chan account does belong to Earnest, it is further evidence of the ways in which white supremacists are not only using social media to advance their ideology, but also advertising their heinous acts of violence.

The April 27 attack in Poway is just the latest in a long line of white supremacists’ deadly assaults against Jewish houses of worship: