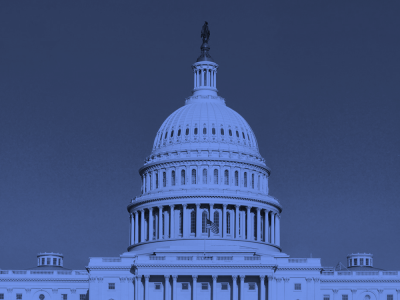 Last week, the U.S. House of Representatives passed the National Defense Authorization Act for 2017 (“NDAA”), inclusive of a broad, discriminatory provision sponsored by Rep. Steve Russell (R-OK). This provision, offered in the name of “religious freedom,” would allow religiously affiliated federal contractors and grantees to discriminate against women, any religious group, and LGBT people with taxpayer dollars.

During House’s debate on the NDAA, Rep. Sean Maloney (D-NY) offered a narrowing amendment which would have protected the Obama Administration’s ban on LGBT discrimination in federal contracting. That amendment failed on chaotic 212-213 vote during which Republican leaders took the extraordinary step of allowing voting to continue after time had expired and pressured a handful of their Members to change their votes.

The Anti-Defamation League was one of 84 civil rights and religious organizations that submitted a coalition letter to Congress in opposition to the Russell Amendment.

Religiously affiliated groups historically have played an important role in addressing many of our nation’s most pressing social needs, as a complement to government-funded programs.   However, faith-based groups should not use taxpayer dollars to discriminate on the basis of religion.  And no one should be disqualified from a job under a federal contract or grant because of his or her sexual orientation, gender, gender identity, or religion.