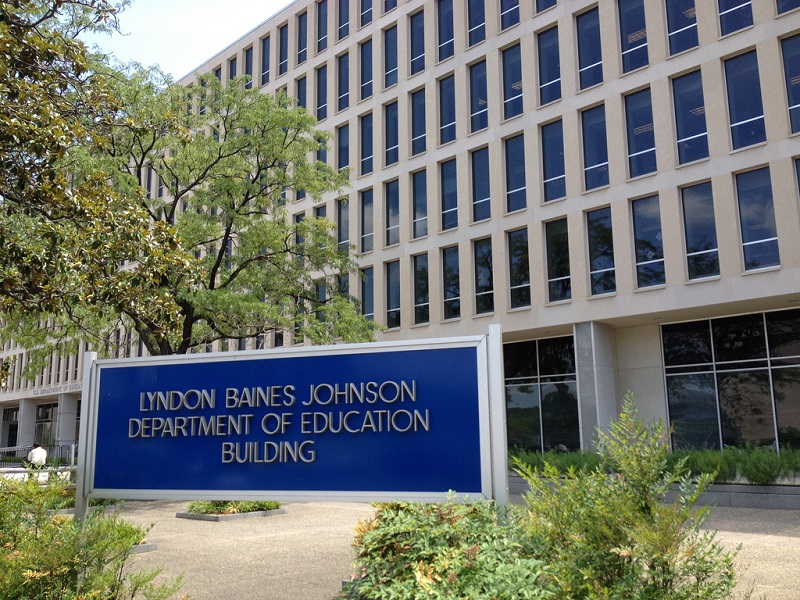 The U.S. Department of Education (DoED) recently announced that it will ignore a longstanding requirement of the Elementary and Secondary Education Act (ESEA) limiting federally funded contracts, which provide schools with services such as special education or instruction, to secular vendors.  As a result, religious organizations, including houses of worship, are now eligible to be such contractors.  This decision is not legally required, will compel taxpayers to fund religious discrimination, and opens the door to unconstitutional government support of religion.

DoED erroneously claims that its new policy is required by the U.S. Supreme Court’s 2017 Free Exercise Clause decision in Trinity Lutheran Church of Columbia, Inc. v. Comer.  There, the Court found that a state could not prohibit a church, based on its religious identity alone, from participating in a government grant program for playground resurfacing materials.  Although the decision is unprecedented, a footnote to it joined by a majority of Court appears to limit the ruling to secular aid programs for health and safety.

Relying on Trinity Lutheran to justify ignoring ESEA’s requirements is like comparing apples to oranges for two reasons.  First, ESEA-funded contracts encompass services far beyond health and safety.  Second, these contracts are more than mere grants of federal funds because in most cases they are fulfilled by employees.  But federal anti-discrimination law, Title VII of the 1964 Civil Rights Act, carves out an exemption for houses of worship and other religious employers that allows them to hire and fire based on religion.

DoED's decision means that faith-based contractors funded through ESEA will be permitted to hire on the basis of religion.  In other words, such a contractor could advertise, for example, “Catholics, Jews or Muslims Need Not Apply” for a taxpayer-funded job.

Such government-funded discrimination was not an issue when Title VII was enacted.  At the time and for decades after, the federal government was prohibited by executive order from funding or contracting with religious organizations, as opposed to religiously affiliated organizations like Catholic Charities, Jewish Federations, or Lutheran Social Services, which for years have contracted with the federal government to provide critical social services without issues of discrimination.

Congress enacted the Title VII religious employer exemption to safeguard Free Exercise rights by preserving the autonomy of houses of worship and other faith-based institutions from government intrusion.  That makes sense for privately funded employment, but not taxpayer-funded jobs.

It also is important to point out that religious beliefs and practices often encompass all aspects of a house of worship or religious organization’s work or services.  So at a minimum, DoED's decision will support the religious mission of faith-based institutions.  And it opens the door to government support for worship or other religious practices. Both raise serious issues under the Establishment Clause to the First Amendment, which requires separation between government and religion.

The Constitution’s religious freedom protections were intended as shield for faith and not a sword to harm or discriminate against others.  The government-supported discrimination authorized by the DoED is wrong and antithetical to the foundational American principle of equality.