Doxing Should Be Illegal. Reporting Extremists Should Not. 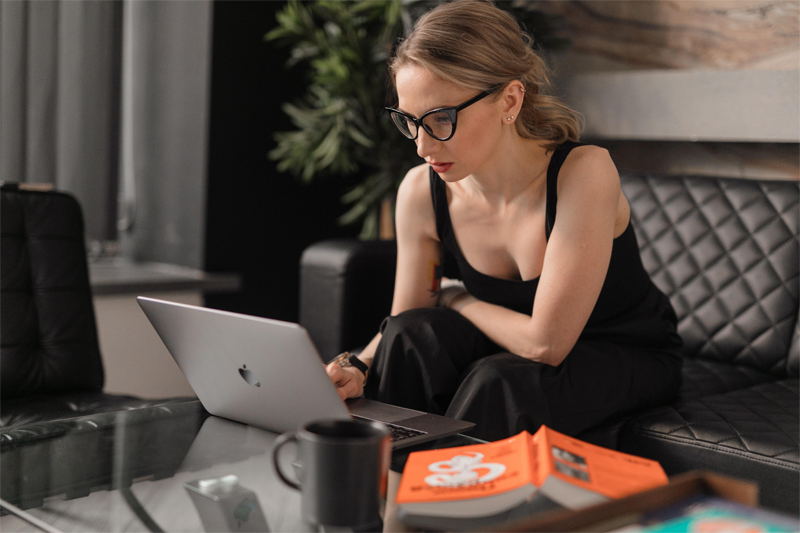 We live more and more in digital spaces, so we have to work harder to distinguish protected online speech from unprotected online conduct. In the wake of the attack at the U.S. Capitol on January 6—an attack that was planned, mobilized and livestreamed online—this work has gained an even greater sense of urgency, especially when it comes to doxing.

Many people define doxing as posting someone’s personal information online. But doxing as a blanket term threatens to ignore the crucial difference between criminal doxing on the one hand, and, on the other hand, lawfully identifying people online, where the purpose may be to protect others, track down extremists or report on a public interest story. This is why ADL and State Senator Adam Morfeld worked together to introduce legislation to outlaw criminal doxing in Nebraska. It is time to protect targets of this behavior better while upholding constitutional speech rights.

Criminal doxing is when someone posts another person’s information and, in doing so, meets specific standards of intent that go to whether the disclosure will lead to criminal conduct such as death, injury or stalking. For example, when Andrew Anglin, publisher of neo-Nazi website The Daily Stormer and one of the organizers of the 2017 white supremacist rally in Charlottesville, posted the name and address of Tanya Gersh, a Jewish real estate agent in Montana, and photos of her children, his purpose was to incite his readers to stalk and terrorize her. And his followers understood that all too well, responding with hundreds of threatening calls and antisemitic messages.

We asked Ms. Gersh about the abuse directed toward her. She said, “I received emails, texts, and voicemails threatening my life. I was told I would be driven to the brink of suicide. There were references to being thrown in the oven, being gassed, and there were calls with only gunshots. They published suggestions to show up at my house, visit me in person and get me alone for a real estate tour. My private and idyllic life became an instant living nightmare. I feared for my life and the lives of my children.”

Mr. Anglin’s lawyers tried to argue that he could not be held legally accountable because his posts were protected under the First Amendment. But because a judge found that he intended to cause Gersh egregious harm, his motion to dismiss her lawsuit was denied. Mr. Anglin was eventually ordered to pay Ms. Gersh $14 million in damages. However, she has yet to see a single cent. And he still has to live with the lingering aftermath of Mr. Anglin’s crimes.

“The stress took an unfortunate toll on me professionally, physically and emotionally,” said Ms. Gersh. “The bulk of the harassment didn’t stop until I filed the lawsuit, but I still receive terrifying messages to this day.”

Ms. Gersh was able to seek some level of recourse, though not enough. Notably, Montana does not have a criminal or civil doxing law—most states do not. Too many targets are left without options to protect themselves from unlawful doxing and hold perpetrators accountable. Anti-doxing bills like the one we support in Nebraska aim to protect victims like Ms. Gersh, Sandy Hook father Leonard Pozner, American University’s first Black female student body president Taylor Dumpson (also targeted by Andrew Anglin), and activists whose lives were terrorized because someone behind a screen and keyboard wanted to inflict harm upon them.

It is essential to dispel confusion around the conduct that an anti-doxing statute targets and differentiates it from lawful activity that would not give rise to liability. For example, unlawful doxing is different from the work that activists and researchers—including those at ADL—are now engaging in to identify extremists and help law enforcement agencies investigate the rioters who violently stormed the Capitol. These activists and researchers are not operating with a criminal mental state. The same goes for journalists who break important stories, people who take on powerful institutions and interests by disclosing information (for example about the source of political donations), and people who report abuses of power or otherwise act as whistleblowers. To the extent that these people are publishing information to share facts—and not acting with a level of intent that the information posted will be used to carry out criminal conduct such as death, injury or stalking—the Nebraska anti-doxing law would not apply. And that is how it should be.

People concerned about the legal overreach of doxing bills and protecting free speech values both on and offline rightfully raise serious and legitimate questions when it comes to codifying anti-doxing legislation. We know that marginalized communities are disproportionately affected by the criminal justice system. Criminal statutes, even those passed with good intentions, have been misused and weaponized against these communities in the past. But we also know these individuals are the same people being harassed and terrorized online based on race, religion, sexual orientation and other identifying characteristics, forced out of digital spaces, silenced and harmed, and left without recourse. Nebraska’s anti-doxing law has been drafted with these distinctions and needs carefully in mind.

The problem is far bigger than many of us realize. Recently, ADL found that 35% of Americans who are harassed online attribute the harassment to racial, religious, or sexual identity. For millions of people, online abuse is an everyday reality that disrupts their ability to work, go to school, socialize or express their faith.

ADL has long been a strong advocate for First Amendment rights, but it is also a fervent advocate for targets of hate and identity-based harassment. An important part of ADL’s work to combat extremists and hate groups is to identify and monitor individuals who promote dangerous ideologies through our Center on Extremism. At the same time, ADL’s Center for Technology and Society has shed light on the power of online harassment and its impact. For this reason, ADL is uniquely positioned to lead on efforts like Backspace Hate, an advocacy initiative to counter online hate and harassment, including doxing.

ADL has worked closely with Sen. Morfeld and other lawmakers to walk a fine line. We want to protect individuals who are doxed, while protecting individuals who identify bad actors, assist with criminal investigations, act as whistleblowers, create art and publish newsworthy stories. We need shared definitions about what is and is not allowed online. We also need updated legal standards that acknowledge the importance of living our lives fully, on and offline. The Nebraska legislation is an important step in the right direction.