This Election Day, Help Protect the Fundamental Right to Vote 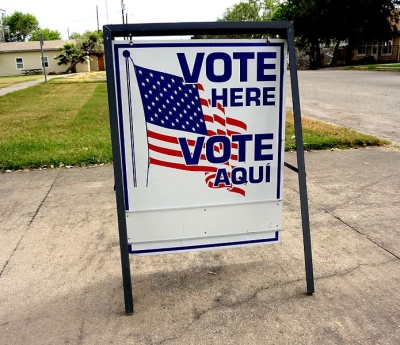 With Election Day four days away, anxiety is increasing—and not just about who will win the presidency or take control of Congress. Voter intimidation concerns loom large. In Mississippi this week a black church was burned and vandalized with graffiti saying “vote Trump.” Local officials are investigating the act as a hate crime and an act of voter intimidation. In North Carolina a Republican Party office was firebombed earlier this month.  Meanwhile, the Oath Keepers, an anti-government right-wing fringe organization, have said they will send people to monitor polling places, raising fears of voter intimidation. Citing concerns for student safety, state and local officials have canceled classes for students on Election Day or moved polling places from some public schools in at least seven states, including Pennsylvania and Ohio.

But concerns about voter intimidation go beyond hate crimes and hate groups. A group known as Stop the Steal, Inc. has announced plans to send volunteers to polling places in nine cities with large minority populations. Until the Huffington Post ran a story exposing it, would-be poll watchers could print official-looking “Vote Protector” badges with their photo and name from stopthesteal.org. The site has taken down the badge generator, but it’s still asking people to videotape voters and conduct “exit polls.” More than 2,700 people have registered thus far.

The Trump campaign has also been encouraging people to deputize themselves as poll watchers in “certain areas.”  Poll watchers, including partisan poll watchers, have traditionally helped promote transparency and fairness on Election Day, but almost every state forbids poll watchers from engaging in conduct that might intimidate voters. While we do not believe that the Trump campaign is encouraging poll watchers to engage in intimidation, there is fear that some would-be poll watchers may cross the line. Steve Webb, for example, a voter in Ohio, recently told the Boston Globe, “Trump said to watch your precinct. I’m going to go, for sure…I’ll look for…well, it’s called racial profiling. Mexicans. Syrians. People who can’t speak American…I’m going to go right up behind them. I’ll do everything legally. I want to see if they’re accountable. I’m not going to do anything illegal. I’m going to make them a little bit nervous.”

Despite Mr. Webb’s declarations that he’s “not going to do anything illegal,” deliberately using racial profiling to target minority voters and “make them a little bit nervous” is a federal crime. Federal law provides for fines and imprisonment for up to a year for “whoever intimidates, threatens, coerces, or attempts to intimidate, threaten, or coerce, any other person for the purpose of interfering with the right of such person to vote for, or not vote for, any candidate.”

But the federal government has been hamstrung to some extent this year in its ability to protect voters at their polling places. In 2013 in Shelby County v. Holder the U.S. Supreme Court essentially gutted the heart of the Voting Rights Act, striking down a provision that determined which states with a history of racially discriminatory voting practices would have to “preclear” their voting laws with the federal government. The Department of Justice has interpreted that ruling to mean that, for the first presidential election in more than 50 years, it cannot deploy federal election observers to the 11 states previously covered by preclearance. That means that this year federal observers will only be in five states—Alabama, Alaska, California, Louisiana, and New York—where federal court decisions have expressly authorized their presence.

So what can you do if you feel intimidated or see voter intimidation on Election Day? The Anti-Defamation League is proud to have joined with Election Protection, a national non-partisan voter protection effort led by the Lawyers’ Committee for Civil Rights Under Law. We, along with lawyers from around the country, will be working tirelessly to ensure that all voters have an equal opportunity to participate in the political process. If you need help, call Election Protection at 866-OUR-VOTE (or 888-VE-Y-VOTA for help in Spanish). Alert your local authorities as well—you can tell the poll workers, your county clerk, the elections commissioner, the elections supervisor, or your state board of elections.

This Election Day every eligible voter must be able to vote. And each person can do their part to make sure that all voices are heard. If you see something on Election Day, call 866-OUR-VOTE.