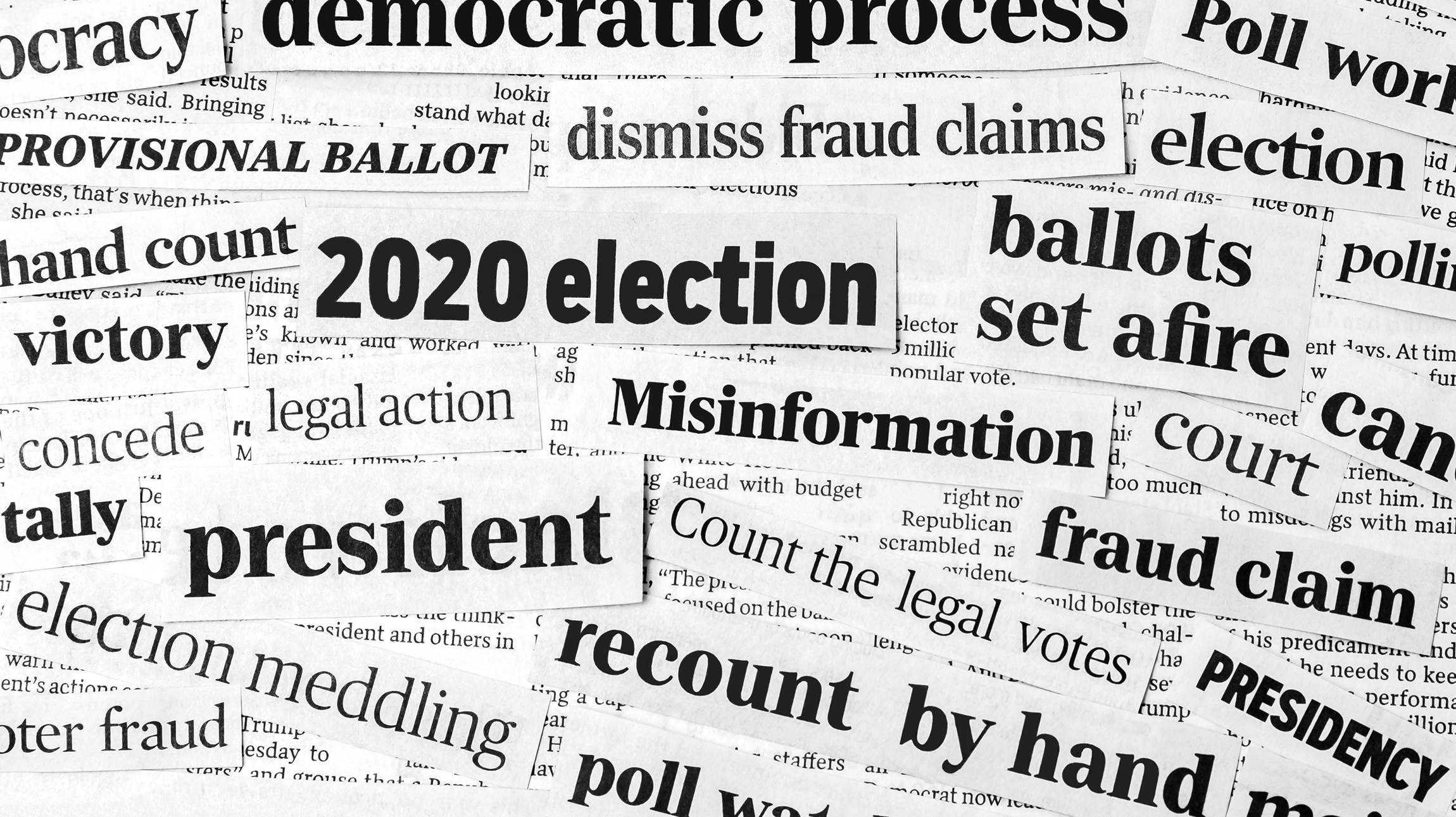 False and misleading information about voting and elections hurts both individuals and our ability to make the promise of democracy real for us all. This guide can help clarify what misinformation is, how it differs from disinformation, how to spot it and what we can do about it – including finding accurate election-related information.

Leading up to the 2016 U.S. presidential election, a Russian troll farm called the Internet Research Agency (IRA) knowingly created or amplified online rumors about Hillary Clinton, often in the form of memes and other social media content. This is believed to have influenced the outcome of the election and is one of the most impactful examples of election propaganda in recent years. It is also a classic form of disinformation. But what does that word really mean, and why do the IRA’s actions fall into that category?

Of course, the distinction is not always as obvious as the IRA example above, and intent is historically difficult to prove without clear evidence. Many individuals who believe in election-related conspiracy theories, for example, are spreading misinformation — not disinformation — because they genuinely believe the false stories they’ve heard from sources they trust. This makes it more difficult to challenge, and is partially why fact-checking alone is seldom enough to convince believers otherwise.

Regardless of the source or the intent, unsupported claims about the democratic process have persuaded people to monitor ballot drop boxes, become poll watchers and take on other roles that could allow them to interfere with what they believe to be election tampering – even if those beliefs are based on lies. Such practices lead to voter intimidation and concerns of voter or election worker harassment, which election workers experienced following the 2020 U.S. presidential election.

Where do we see misinformation? Where does it show up?

In the same way we get election-related information from many sources, misinformation can show up during the course of our daily routine access to digital and non-digital information about elections, voting and candidates. Misinformation can be part of conversations and speeches, woven into articles — even those also containing accurate information — recommended to you on social media and even taken from video clips of live events. It’s important to think critically about where you get information and consider both the source and the medium when assessing information accuracy.

Misinformation can come from many different sources — even those that may seem reliable. Often, misinformation is altered facts woven into longer messages containing accurate information.

Unfortunately, misinformation can show up in all different forms of media and communication.

How to spot false or misleading information

As election season approaches and we learn about candidates and voting issues, it’s important to make sure the information is accurate. Everyone is susceptible to misleading information. While it may take some extra time to check sources and assess the accuracy of what you’re reading and listening to, it’s worth the time. After all, this is your vote and your voice. Don't assume that just because someone you know shared a news story or told you something, that it’s true. Find out for yourself.  It takes a few extra steps to evaluate a story’s credibility. Here are some strategies.

What to do about false or misleading information

There’s a lot of inaccurate election-related information out there, much of which is harmful to voting rights and civic engagement. As you apply the techniques provided here, you’ll be able to better identify inaccurate information. There are things you can do to limit the spread of false or misleading information, both online and off – the most important of which is not repeating it.

How to find accurate election and candidate-related information

Here are some strategies for finding helpful and accurate election-related content.