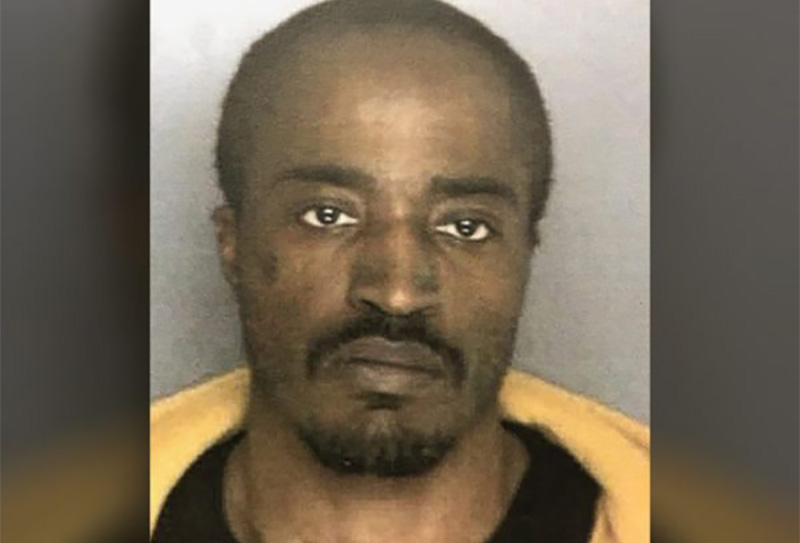 On December 10, 2019, David N. Anderson and Francine Graham allegedly shot and killed Jersey City Police Detective Joseph Seals after he approached them in the Bayview cemetery. The perpetrators then drove through Jersey City, bypassing other buildings and pedestrians before stopping outside the JC Kosher Supermarket, where Graham allegedly fired shots into the establishment, killing three civilians inside the store and injuring another. The pair then barricaded themselves inside the store and engaged in a gun-fight with police that ended with both suspects dead and two officers wounded. The couple is also suspected of murdering a man who was found dead two days earlier in Bayonne.

The couple left behind a stolen U-Haul van that contained an arsenal of weapons and a handwritten note that implied a theological justification or imperative for the attack. The note read, “I do this because my creator makes me do this and I hate who he hates.” The New York Post has reported that both Anderson and Graham had attended services at the Israelite Church of God in Jesus Christ, an anti-Semitic Black Hebrew Israelite church in Harlem.

In the wake of this two-day killing spree, ADL’s Center on Extremism has linked one of the alleged killers, David Anderson, to online identities that espouse Black Hebrew Israelite (BHI) ideology. The two key profiles are a Facebook account with the user name Dawada Maqabath and an Instagram account with the user name Baryon with the handle @akaNapoleonehill. Both accounts contain images that appear to be David Anderson including those that show facial tattoos that match those visible in booking photos identified as Anderson.

The use of the name Baryon on the Instagram account is notable because “Baryon Bloodbourne” is a stage name Anderson used as a hip-hop artist under the record label, Diamond Cutts Music Group Inc. A song recorded by Anderson as Baryon Bloodbourne is available at Amazon Music where an image of Anderson is visible.

The Baryon Instagram account also includes two posts that indicate a belief in BHI ideology. One includes a graphic listing the “12 Tribes” and is captioned, “We are Royalty!!! Hosea 4:6 Come Back to God Now!!!”

BHI are opposed to the traditional view that contemporary Jews are descendants of the 12 biblical tribes of Israel, and argue instead that various non-European indigenous peoples, including African-Americans, Hispanics and Native Americans, are their true heirs. Some members of the movement identify or introduce themselves as being of specific tribes, which are named after the sons of the biblical patriarch, Jacob. Some Black Israelites take the position that the Tribe of Judah is composed of African-Americans and believe that this tribe is especially blessed because of this group’s history of persecution.

The second Instagram post includes a “Black Jesus” image captioned, “Revelations 1:13-15 Jesus comes from the tribe of JUDAH!!!!!!!!!! Yall nigguz better wake the f**k up before its too late. America has NOTHING for us but DEATH.”

BHI points to these revelations as evidence that Jesus is black and does not have the pale skin that he is depicted with throughout much of Western society. The verse in Revelations’ description of his feet as dark “as if burned” is the specific line used to support this belief. The Instagram comment “Jesus comes from the tribe of Judah” references their belief that Twelve Tribes of Israel are people of color.

A Soundcloud account under the name “AKANapoleonHill” (an alias established as Anderson by his Instagram account and music creations as Baryon Bloodbourne) may offer insight into Anderson’s anger toward law enforcement. The profile avatar is a graphic titled “wanted for murder” that depicts former police officer Darren Wilson. In 2014, Officer Wilson shot and killed Michael Brown Jr., an unarmed African-American man, and ignited racial unrest in Ferguson, Missouri. Also found on the SoundCloud profile is a song titled “Hands Up Don’t Shoot,” which appears to have been recorded by Anderson. The song is described as a “song of protest against the WICKED decision of the grand jury not to indict” Wilson for Brown’s murder. The song includes the lyrics, “I wish you wouldn’t have did that / hands up don’t shoot/ because now I have to fuck you up / hands up don’t shoot / my boundaries have been crossed here / hands up don’t shoot / locking you forever in my crosshairs.”

Several online posts not directly linked to Anderson but made using the rather unique screen name DAWADA MAQABATH (the user name believed to be used by Anderson on Facebook) have been discovered. These posts reveal an individual who holds ideologies consistent with an anti-Semitic offshoot of the broader BHI, which assert that white people are agents of Satan, Jews are liars and false worshipers of God, and blacks are the true “chosen people” and are racially superior to other ethnicities.

On August 5, 2019, in the comments following a HOT97 video post, DAWADA MAQABATH made a post that implied that the Baton Rouge police officers who shot and killed Alton Sterling in 2016 were carrying out a “well planned agenda” orchestrated by Jews, and alluded to an ongoing war. The post has subsequently been removed.

In an August 2019 response to a video about the Baton Rouge police, DAWADA MAQABATH praised Gavin Long. In July 2016, Gavin Eugene Long ambushed and shot six police officers, three of them fatally, in Baton Rouge. Long was also an adherent of black nationalism as well as the anti-government sovereign citizen movement. Referring to Long, DAWADA MAQABATH said, “he saw an injustice that needed to be corrected, and he obeyed the commandments of TMH [The Most High] God.” The post has subsequently been removed.

DAWADA MAQABATH also responded to a YouTube video of a man reading Gavin Long’s alleged manifesto with, “There are NO innocent cops. The entire organization was built with nefarious intentions against Israelites.”

In May 2019, following an article titled “Police investigate pair of anti-Semitic attacks in Brooklyn,” DAWADA MAQABATH responded with “Good” to a racist comment claiming “most of anti semitic [sic] attacks in NY are done by black people.” Another racist poster added, “The blacks up there are the most violent in the country for some reason, I lived up there.” To which DAWADA MAQABATH responded, “Obviously not violent enough, because you’re still alive.” The posts have been removed.

In April 2019, in response to a video titled, “Black Power, Jewish Politics: Reinventing the Alliance in the 1960,” DAWADA MAQABATH commented, “Blacks ARE Jews, the “jewish” [sic] are imposters.” The post has since been removed.