At the Extremes: The 2020 Election and American Extremism | Part 5

In the weeks leading up to the 2020 presidential election, the ADL (Anti-Defamation League) Center on Extremism (COE) in conjunction with ADL’s Center for Technology and Society is releasing a series of news briefs on topics of concern regarding the role extremists and extremism more broadly are playing in our current political environment.

Who/What: Michigan Governor Gretchen Whitmer was the target of a kidnapping plot orchestrated by right-wing anti-government extremists. But they are not the only Americans lashing out at Whitmer – those attacks are also coming from non-extremists whose anger is encouraged and applauded by high-ranking political figures.

Why it Matters: The ramping up of this online behavior creates a tenuous and potentially dangerous political environment as we head into the final days before the 2020 election.

On October 8, 2020, the FBI arrested 13 men who were allegedly plotting to kidnap Michigan Gov. Gretchen Whitmer. The would-be perpetrators, who allegedly also discussed plans targeting Virginia Gov. Ralph Northam, were members of the Wolverine Watchmen, a self-styled militia group. Whitmer and Northam have been vilified by some on the right, including President Trump, for enforcing health guidelines meant to curb the spread of COVID-19.

The verbal attacks on Whitmer and other governors have been ongoing, and not only from extremist sources. In April 2020, the president tweeted, "LIBERATE MICHIGAN," referencing Whitmer's efforts to control the coronavirus. In January and May, Facebook deplatformed groups whose users posted violent threats against Whitmer, calling for her to be hanged, beheaded, assassinated and raped for her role in enforcing the stay-at-home order. According to news reports, users referred to the governor as a “Nazi,” “spawn of the devil,” “wicked witch,” “arrogant facist [sic] pig,” “Gestapo Gretchen,” “tyrant,” “Soros puppet,” and “baby killer tyrant.”

In the days following the arrests, Whitmer received messages of support from a range of public figures. Others were not as supportive, instead blaming Whitmer and suggesting she made herself a target by enforcing health measures.

At an October 17 rally in Western Michigan, President Trump said, "You gotta get your governor to open up your state. Get your schools open." (Michigan schools are using a hybrid model combining in-person and remote learning). As the crowd started shouting "Lock her up," Trump laughed and said, "Lock 'em all up."

As we know, the Wolverine Watchmen subscribe to a violent anti-government ideology. They are extremists. The same cannot be said for many of the people who spoke out in the aftermath of the FBI arrests, continuing to urge and incite violence against Whitmer.

These are non-extremists who have picked up on the tenor of public statements against Whitmer, and whose language closely echoes the extremist rhetoric we are seeing online.

The use of so-called “extremist” language by non-extremists is not new, but it has escalated in recent years, and the plot to kidnap Gov. Whitmer is just one example of how that rhetoric puts real people in real danger. This rise in vitriolic and inciting comments is encouraged in part by public figures who remind their supporters that the only way to handle political rivals is to “lock them up.”

Below is a sampling of threats and violent rhetoric targeting Gov. Whitmer from a range of non-extremist social media accounts: 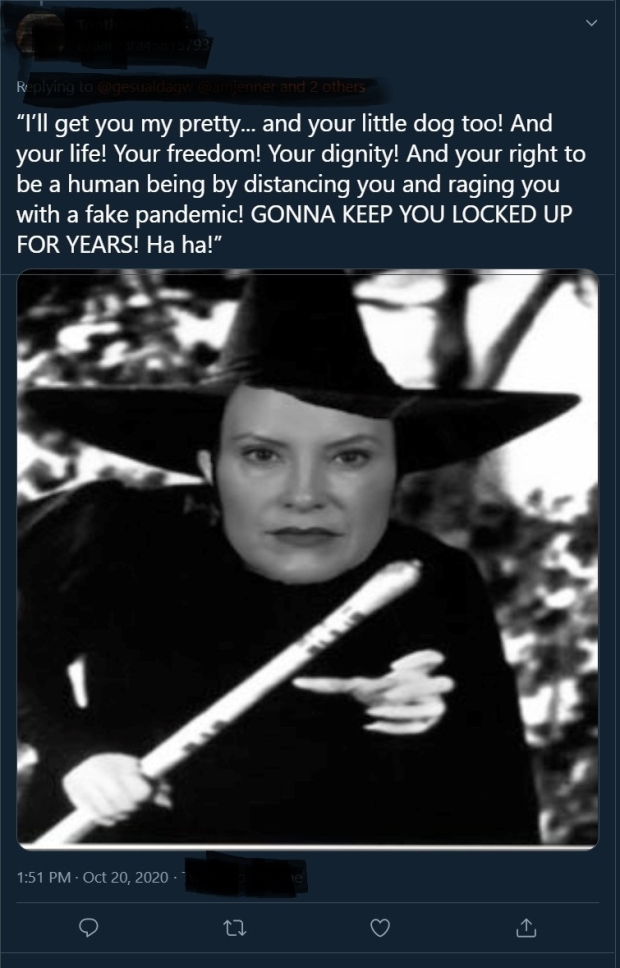 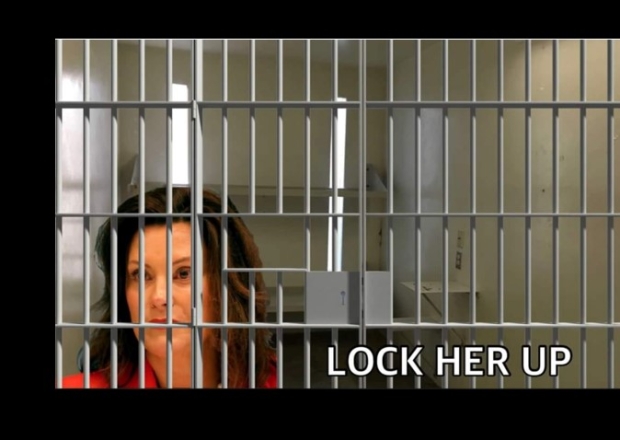