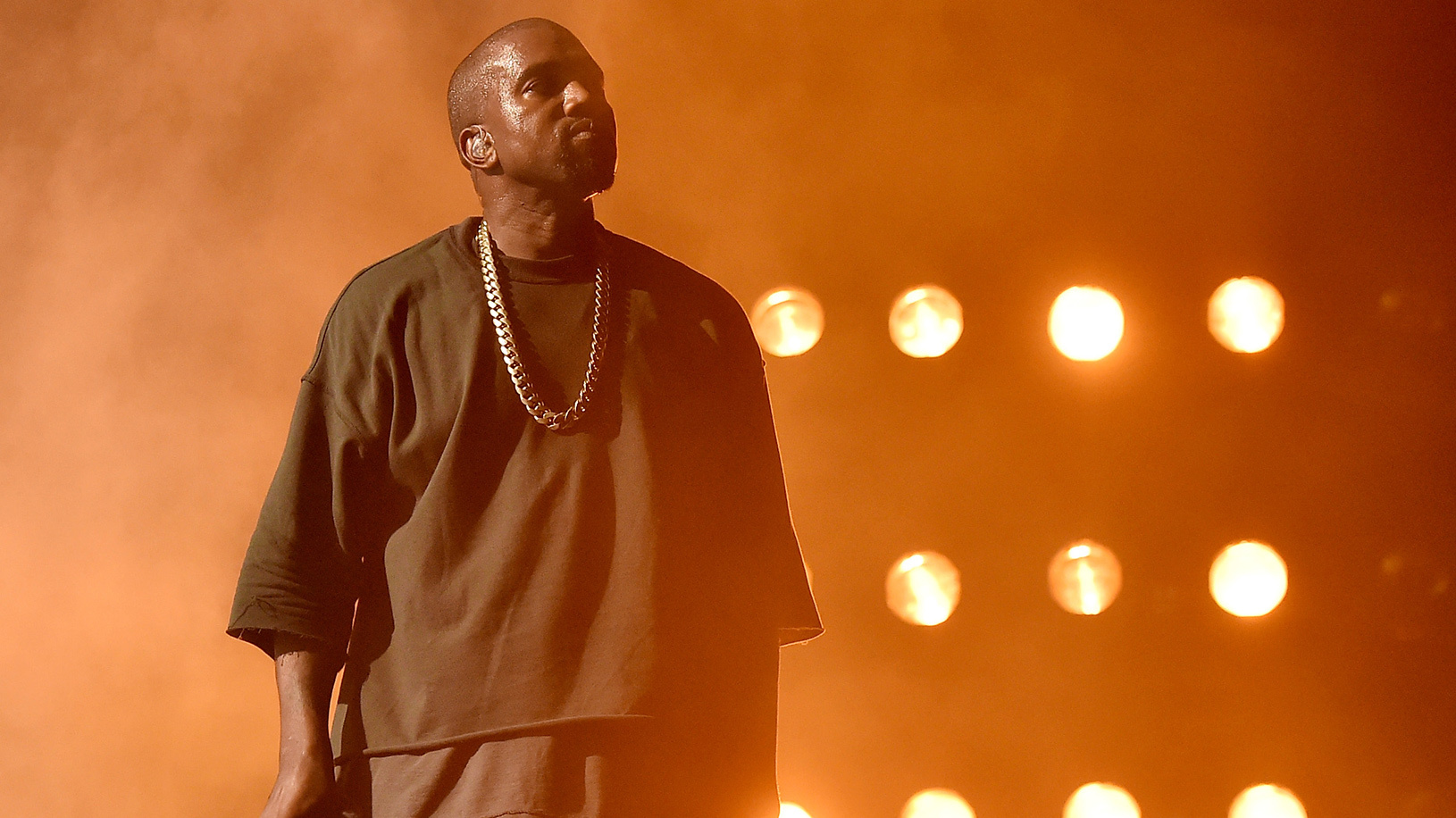 The Nation of Islam and extremist Black Hebrew Israelite sects have defended Ye’s statements about Black people and Jewish identity and used the opportunity to promote antisemitic claims and conspiracy theories. White supremacists have expressed their delight at Ye “naming the Jews,” and defended Ye’s right to free speech.

Other extremists and conspiracy theorists, including Proud Boys and QAnon adherents, have also commented on Ye’s antisemitism and reports that Ye may purchase the right-wing social media platform Parler. Some right-wing extremists believe that Ye’s potential acquisition of Parler, in combination with Elon Musk’s theoretical purchase of Twitter and former President Trump’s growing Truth Social platform, will usher in a new era of social media defined by principles of free speech and free of alleged left-wing censorship.

Ye has a long-term relationship with the virulently antisemitic Nation of Islam (NOI) and its leader, Louis Farrakhan, dating back to at least the early 2000s. As previously noted, Ye and Farrakhan have repeatedly expressed mutual respect and support for one another and Ye has attended NOI events. During his October 16, 2022, appearance on the Revolt TV program “Drink Champs,” Ye made a reference to “what Farrakhan would talk about right now,” adding that Jewish people “gotta stand up and admit to what you been doing.” Prominent NOI leaders and influencers have defended Ye’s comments in recent weeks, repeating his antisemitic claims and using the opportunity to promote additional antisemitic conspiracy theories.

During an October 16 sermon marking the Holy Day of Atonement, one of the NOI’s most high-profile annual events, Student National Assistant Minister Ishmael Muhammad referenced Ye as he praised Farrakhan and repeated the group’s frequent antisemitic characterization of Jews as the “Synagogue of Satan”: “Satan deceiveth the whole world. So when you hear Farrakhan, he puts some lenses on your eyes and you see Satan for whom Satan is…Those who call themselves Jews but are not, but are of the Synagogue of Satan. Our brother Kanye, he’s in trouble. Question: Did he lie? Is it false? Kanye is a very intelligent brother.”

NOI Executive Council member and Student Minister Wesley Muhammad spoke about Ye during an appearance on Hip Hop News Uncensored. Reiterating claims he has previously made about “the Jewish gay mafia that controls hip-hop and has used hip-hop to socially engineer Black America,” Muhammad said, “Kanye West is speaking a lot of truth right now and he’s triggering a very dangerous enemy.” He noted his concern for Ye’s safety, alleging that there is a “death clause that the record labels can trigger when they determine that an artist is more profitable to them to them dead than alive...One of their main methods is death by a contrived accident.”

On the podcast and on social media, Wesley Muhammad also expanded on the idea of a “Blood Sacrifice in Hip Hop.” In a post echoing the classic antisemitic trope of the blood libel, Muhammad theorized about “Hip Hop’s ritualized homosexual underground that is connected to Hollywood’s evil (Jewish) gay pedophile ring.” He added, “Hip Hop is being used by real Devils to get us to offer ourselves and our children up to a very real Blood Sacrifice. The demonic High Priests - Edgar Bronfman Sr and Jr, Len Blavatnik, David Geffen, Clive Davis, Doug Morris, Bryan Turner, Jimmy Iovine, Lyor Cohen, Craig Kallman, Tommy Mottola, Barry Weiss, Sir Lucian Grainge, just to name a few (all Jewish) - have ingested all of the ‘blood’ that we have scarified on their altar.”

National and local leaders of various extremist Black Hebrew Israelite (BHI) sects—including  Israel United in Christ (IUIC), the Israelite School of Universal Practical Knowledge (ISUPK) and the Sicarii Black Hebrew Israelites—reacted to Ye’s comments by reiterating his claims that Black people are Jews and therefore cannot be antisemitic, praising his role in spreading their teachings and lauding his bravery for fighting against Jewish control.

Ye’s statements that Black people are Jews echoed BHI teachings about which racial and ethnic groups today are the true descendants of the biblical Israelites. ISUPK leaders, referencing the group’s street preaching practices, commented that “everywhere you go you see us on a corner teaching...Where did Kanye West know it from? Learning from us!” In videos across their channels, IUIC members rejected the widespread accusations that Ye’s statements were antisemitic. Members of the IUIC Kansas City chapter, for example, commented: “These Ashkenazi Jews, or Ashkenazi Edomites, they’re not Jews. They’re not the Jews! You understand? So then to say [Ye is] ‘antisemitic’? He’s Semitic!”

During a livestream on the “IUICintheClassRoom” channel, a popular IUIC YouTube channel that has over 122K subscribers, the hosts commented that, whether or not Ye fully subscribes to the group’s beliefs, his statements are “gonna cause an effect, it’s gonna cause people to ask themself questions…This doctrine that we are the Israelites, the truth that we are the Israelites, it’s reaching a lot of people all over the world…He might be a little crazy, but whatever happened is God using him. Understand that. And him making them statements is God using him.” They also said, “what [Ye’s] saying is what’s reality. A lot of this social media, a lot of these record labels, they all run by Jewish people and they control the narrative, so what he’s saying is not wrong.”

White Supremacists and Other Antisemites

White supremacists and other antisemites celebrated Ye’s antisemitic comments, thrilled that he is using his platform to “expose” Jews.

“Ye is the single greatest person who ever lived in all of history since Christ, or at least since Adolf Hitler. He’s gone full on. He’s not backing down, and they’re gonna have to kill him,” wrote Andrew Anglin, publisher of the neo-Nazi website, Daily Stormer, in one of several articles he wrote praising Ye.

“We need to make Ye x Fuentes collab happen at this point... who has been a bigger target of the Jewish media than me?” Fuentes wrote in another post.

After Ye wore a “White Lives Matter” shirt at Paris Fashion Week earlier this month, the white supremacist White Lives Matter network issued a call to action, urging members to “capitalize on this situation as much as possible, to reach as many of our people as possible with our message.” On October 15, White Lives Matter California protested outside of Meta’s headquarters in Menlo Park, expressing anger that “anti-white” Instagram had banned their account. A video about the demonstration shared by the group began with a clip from Ye’s recent appearance on Drink Champs, in which he remarked, “We just get used to getting screwed by the Jewish media. And I’m saying, y’all’ve poked the bear too fucking long.” 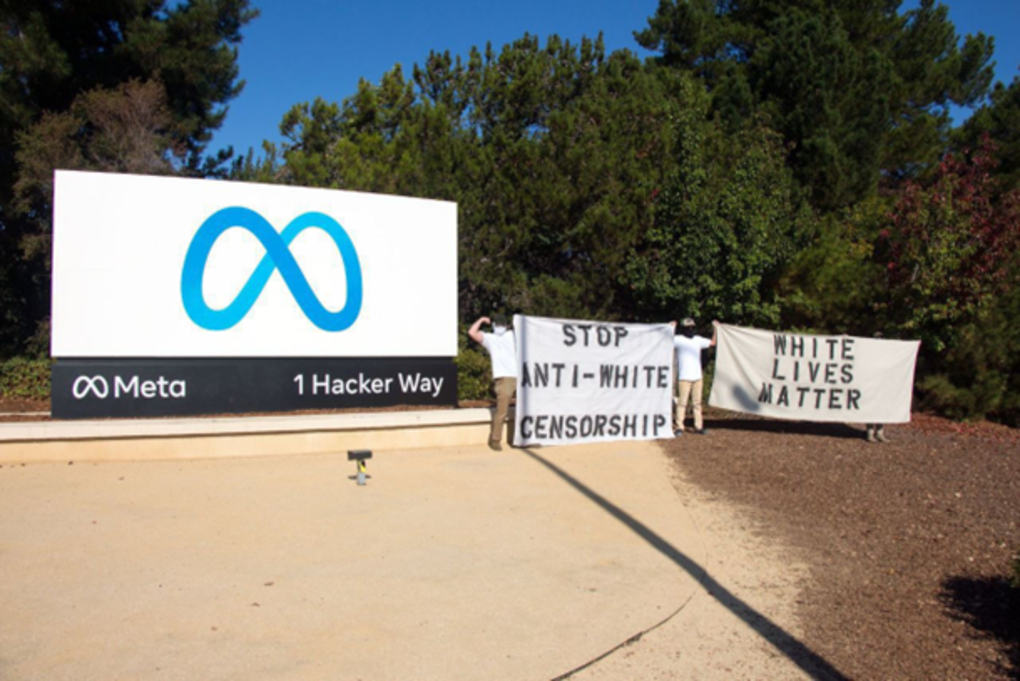 The antisemitic Goyim Defense League has attempted to capitalize on Ye’s comments by targeting the Black community with their propaganda and seeking to convince Black people that Jews are a universal enemy. In the group’s Telegram chat, members discussed creating new fliers blaming Jews for the Atlantic slave trade and another blaming Jews for abortion, calling it a “Black Holocaust Museum.” Some members claimed to have specifically targeted Black neighborhoods during recent propaganda distributions.

Some white supremacists have also celebrated news that Ye may purchase Parler, with several creating new accounts or reviving their old ones. “Share if this [sic] you think Ye is right,” white supremacist Vincent James posted on Parler on October 18, his first post in several months. White supremacist livestreamer Baked Alaska (Tim Gionet) created a Parler account on October 17.

Gab CEO Andrew Torba also applauded the news. “I hope Elon and Kanye gut this crap [AI content moderation tools] from their apps, but if they do it will mean losing access to the app stores,” he wrote. “Imagine if Twitter gets banned from the app stores when Elon takes over. What a massive global red pill that would be.”

Following the announcement that JP Morgan Chase bank had cut ties with Ye, one Proud Boys-associated Telegram channel posted: “To prove Kanye wrong about the Jews running everything and being out to get him...this is what they do. Big Shekel is definitely making their presence known.”

Reacting to news that Ye might purchase Parler, Proud Boys founder Gavin McInnes posted on the site, “If Ye’s in I’M in!” Parler served as the Proud Boy’s primary social media platform in the lead up to the 2020 election, although currently the group is primarily active on Telegram.

QAnon adherents have lauded Ye’s plan to acquire Parler, perceiving it as a powerful blow to the Satan-worshipping cabal that they believe controls the world. “There won't be ONE social media site that rules them all. There will be multiple sites the cabal can't control,” popular QAnon influencer Brian Cates wrote on Telegram on October 17.

QAnon conspiracy theorist Jim Watkins, who owns the imageboard where “Q” posted, created a Parler account on October 17. A few other QAnon adherents and influencers have also re-joined the site.

Despite general excitement, not everyone is rushing back to the platform. “There's no way I'd leave @truthsocial for Parler. I'll never even use Parler. Not sure why Kanye would buy it,” one QAnon promoter wrote on Truth Social. QAnon influencer Jordan Sather said in a video posted to Telegram that while he supported Ye’s plan to buy the site, he wasn’t planning to rush back to the platform. “For those of us that got banned off big tech, it’s a pain in the booty [to keep joining other platforms].”