Extremists Embark on Weekend of Hate 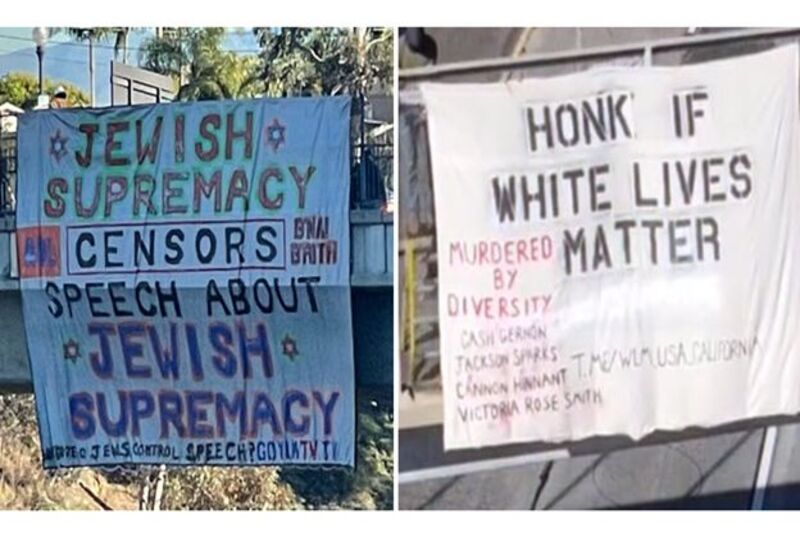 In a nationwide display of bigotry and hate during the weekend of December 18-19, 2021, individuals associated with the antisemitic Goyim Defense League (GDL) distributed propaganda in multiple states, while people supporting the “White Lives Matter” movement distributed propaganda and held roadside flash demonstrations in several states. Some people participated in both efforts.

The distribution of antisemitic flyers and banners were part of a December 18 propaganda “challenge” issued by GDL leader Jon Minadeo who said in a video posted in the group’s Telegram page, “whoever gets on the news gets 100 bucks in the GoyimTV shop.”  In the same video, Minadeo encouraged followers to participate, saying, “It’s going to feel good when you do this” and “know that you are helping out your race and you’re helping out mankind.”

As part of this campaign, ADL’s Center on Extremism (COE) documented GDL propaganda distributions in states including Alabama, California, Colorado, Florida, Idaho, Illinois, North Carolina, Texas and Vermont.  In most cases, the propaganda contained antisemitic claims, including “every single aspect of the Covid agenda is Jewish” or “Antifa is a Jewish Militia.” 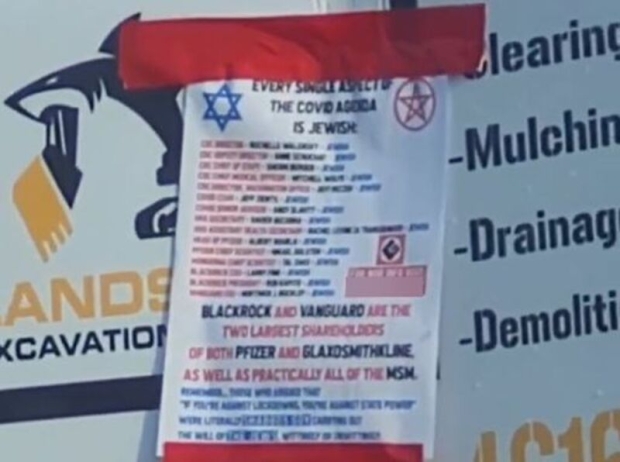 Coinciding with the GDL’s weekend efforts, the loose network that makes up the “White Lives Matter (WLM)” movement held its monthly day of action, which have been ongoing since April 2021. This weekend small, localized groups held roadside rallies in states such as Alabama, Florida, Montana, Ohio, Texas and Wisconsin.

There is some crossover participation between GDL and WLM. For example, approximately ten individuals associated with WLM Texas protested outside the Houston ADL office. Some of the same individuals participated in GDL’s antisemitic tour of south-central Texas in October. Meanwhile, white supremacist GDL activist Robert Wilson, also known as “Aryan Bacon,” dropped two banners in California on Saturday; one banner promoting GDL claimed that Jews “censor speech about Jewish supremacy” and another read “honk if white lives matter.”

This type of aggressive, nationwide and collaborative effort between extremist movements is not unprecedented but does indicate extremists are feeling especially anxious about perceived “threats” to white people – and are willing to work together to send a message.