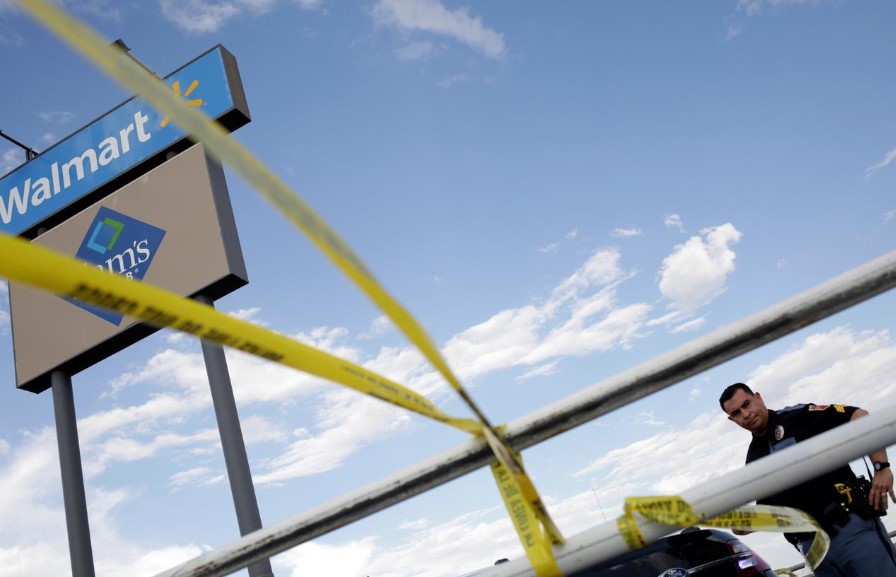 Mass Shooting in El Paso: What We Know

In the days following the El Paso, Texas, shooting massacre that left at least 22 dead, white supremacists and other anti-Semitic extremists reacted to the murders and the killer’s manifesto with a mixture of praise and criticism.

Kevin MacDonald, a longtime white supremacist author and psychologist, tweeted that he agreed with the shooter’s assessment of the political dynamics in the country, and shared his concern about the “great replacement,” a white supremacist conspiracy theory about white populations being actively “replaced” by non-white immigrants.  “…Yes there is a Great Replacement and White people will suffer for it in the future,” MacDonald wrote. 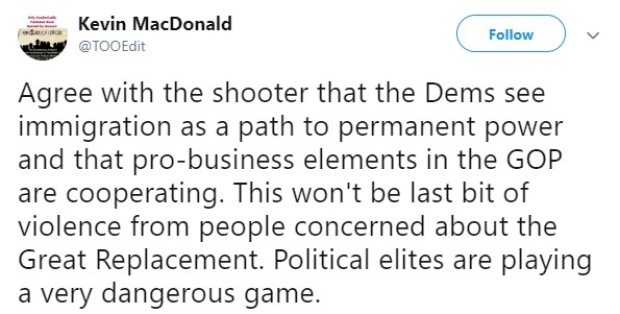 Former KKK Grand Wizard David Duke warned on Twitter that those who oppose immigration would do well to not commit mass murders because doing so “only helps the forces who hate us and empowers those who want the ethnic destruction of our people.”

Milo Yiannopoulos claimed on Telegram that racism is one of the last reasons for mass shootings in America. He ranked “young boys being elbowed out of society by feminism” and “young boys being drugged” as the two most likely root causes.

Christopher Cantwell, who runs Radical Agenda, a racist internet show and blog, called on his readers to “get rid of the Jews who cause all of this suffering.” He explained, “the Jews want this sort of thing to continue unabated, and they will destroy anyone who attempts to repair the crisis.”

Billy Roper, leader of the white supremacist group Shield Wall Network, wrote on VK.com that he told a reporter from the New York Times that “the victims [of the massacres] were just pawns in the Jews’ game of demographically replacing Whites.”

White supremacist organizer Augusts Invictus tweeted that massacres perpetrated by white supremacists (which he described as “kids lash[ing] out”) are a response to the ostracization of people with alt-right ideology from mainstream society.

The account for white supremacist site Counter-Currents tweeted “I blame Donald Trump” for the attack in El Paso, adding that the shooter would not have committed the “desperate act” if Trump had “built the wall and stopped mass immigration.”

In response to President Trump’s condemnation of white nationalism and “hate,” anti-Semitic ideologue Henry Makow tweeted that this would not include “Zionist Jewish racial supremacism.” 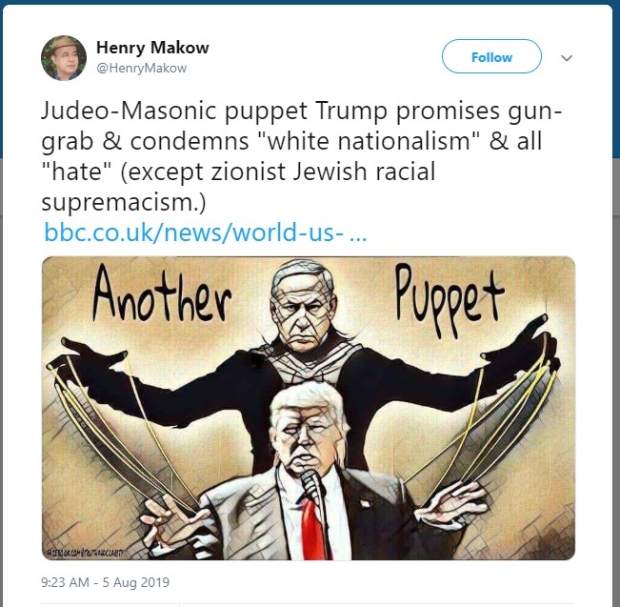 On Telegram, the white supremacist Stormfront Action Radio channel echoed the theory that Hispanic immigrants are “invaders” in the United States.

In an essay for Alt-Right.com, Brandon Martinez used virulently anti-Semitic language to voice support for the manifesto and its claims about multiculturalism and white race replacement. “The manifesto outlines some inconvenient truths that the radical left and the Jew-controlled establishment want to keep hidden from the American public…Unchecked mass immigration from Hispanic countries is transforming the country so rapidly that it will be unrecognizable in a few generations,” Martinez writes. “The corporate agenda,” he continues, “coincides nicely with the Supremacist Jewish agenda.”

Martinez concludes his essay by writing, “Mass shootings by angry White men are the fault of the aforesaid marxists, globalists and feminists who have done everything in their power to marginalize the White man and undercut his ability to earn a living and be important in the societies that his White male ancestors built.”

Many posters questioned the source of the manifesto, and some used the term “glownigger,” referring to the possibility that a government agent was posting the manifesto as “bait” to either entrap users or gather intelligence. Posters blame both Jews and Democrats for the post and manifesto, which they claim is a “false flag” and a “hoax.”