Extremists Widely Defeated at the Polls, but a Few Make Inroads 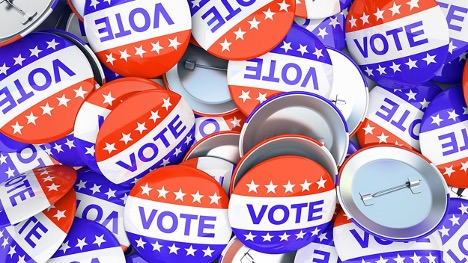 Political prognosticators feared the 2021 off-year elections could usher in a new era of extremists in elected office. And while the worst-case scenario did not materialize, the election results appear to show an electorate that is not entirely averse to candidates with extremist (and extremist-adjacent) platforms and ideologies, signaling a potentially alarming trend ahead of the 2022 midterm elections.

At least eight candidates who attended the January 6 “stop the steal” rally in Washington D.C. won their bids for office. Some of these individuals are troubling in other ways, using inflammatory rhetoric to claim that antifa was responsible for the violence at the January 6 riot at the U.S. Capitol, and warning of a “coming Civil War.”

One candidate with explicit connections to an extremist group won his race: Dave LaRock, who was reelected to the Virginia House of Delegates, attended two “Stop the Steal” rallies, speaking during at least one of them alongside Oath Keepers leader Stewart Rhodes. LaRock baselessly tried to have Virginia’s electoral votes set aside, blamed the January 6 violence on “paid provocateurs” and has spread misinformation about the 2020 presidential election and medical science regarding the COVID-19 virus and vaccines, telling a crowd in November 2020, “I can‘t think of a worse violation, short of being raped or killed, than to have somebody stick a needle in my body and inject chemicals.”

Defeated candidates who are members of extremist groups and/or promoted QAnon:

Unsuccessful candidates with a history of antisemitism:

Based on our ongoing research, we are extremely concerned about the potential impact of extremism on the 2022 elections. ADL's Center on Extremism is currently tracking dozens of candidates with extremist views, including a number with explicit connections to extremist groups or movements.

How Extremist Candidates Fared in the Midterms