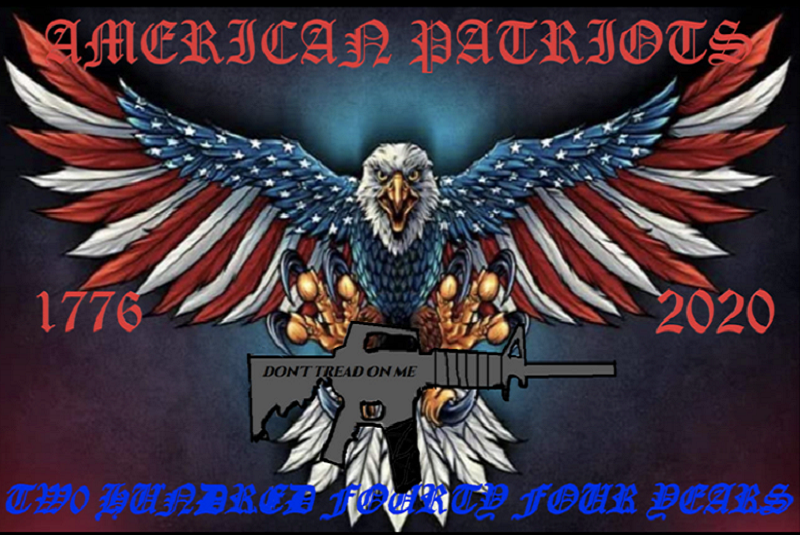 “Like it or not it’s about to become a ‘significant time in American history’: Patriots vs. traitors…Start preparing now: food, ammo, fuel…ballots and/or bullets. God knows my heart, and my aim is true.”

Such a message would not be a surprising discovery on extremist platforms like Telegram or Gab, but we are increasingly seeing this violent and apocalyptic rhetoric on Facebook “Patriot” pages, populated largely by non-extremist users.

These Patriot pages are defined by their pro-President Trump, pro-gun, pro-police and – most notably – anti-left stances. While the pages themselves do not appear to endorse a broader extremist framework and many of the posts are benign, they have created a space where seemingly ordinary Americans can cheer videos of civil rights protesters getting run over, fantasize about killing leftists, discuss the coming civil war and share conspiracies that slander politicians and undermine democratic norms.

Posts on Patriot pages talk about fellow American citizens as if they are an enemy bent destroying the country, and increasingly frame members of “the left” as legitimate targets for violence. This rhetoric and demonization of political opponents further raises the stakes of an already tense election year. There is a real risk of violence here: If people believe a victory for “the other side” is tantamount to the country’s destruction, they are more likely to commit violence to save their country.

These pages are not rare or difficult to find. A search of the phrase “Patriot” on Facebook results in dozens of these pages -- some of which have existed for years, but many of which were created in the aftermath of the Black Lives Matter protests following the killing of George Floyd. Though there is no indication that these pages are coordinating as part of a broader movement, they appear to have significant readership; each page boasts hundreds, if not thousands, of members.

Use of the Term “Patriot”

The term “Patriot” brings to mind the so-called Patriot movement, an anti-government extremist umbrella movement that emerged in the 1980s. Though one of the Patriot sub-movements, the militia movement, has become considerably less anti-government in recent years due to members’ support for Donald Trump, Patriot movement adherents traditionally believe that the federal government has been infiltrated by some sort of conspiracy and is therefore illegitimate.

Like Patriot movement adherents, the creators of these new “Patriot” Facebook pages position themselves as true Americans who are defending the country from perceived enemies. However, while these Patriot pages share the belief that the U.S. is being undermined, they differ from the Patriot movement in that they redirect the blame away from the government and lay it at the feet of the broader political left. Instead of subscribing to classic Patriot movement conspiracies surrounding Agenda 21, FEMA camps and the New World Order, these Patriot pages are fixated on antifa, Black Lives Matter and a looming socialist takeover engineered by Democrats.

While Patriot pages often have some “Patriot movement” extremists as participants, most of the participants in most of these pages typically have right-wing—but still mostly mainstream—beliefs. 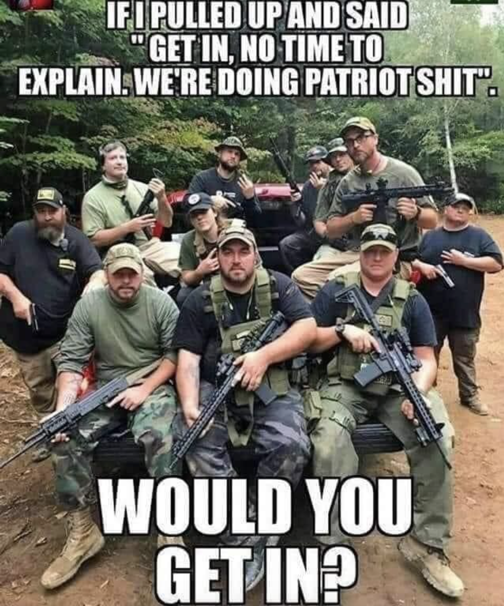 Members of Patriot pages often express violent rhetoric and fantasies, with leftists as their target. When a user on a Chaffee County-based Patriot page shared a video of alleged BLM protesters shutting down a highway near Seattle, someone responded, “Run them over hit the gas.” In another group, “Patriots United,” a poster shared a video depicting an alleged BLM protester getting run over by a car, accompanied by the words, “Human speed bump.” Someone responded, “Good. I have zero problem with it. One less miscreant,” while another commented, “Need more of this.” 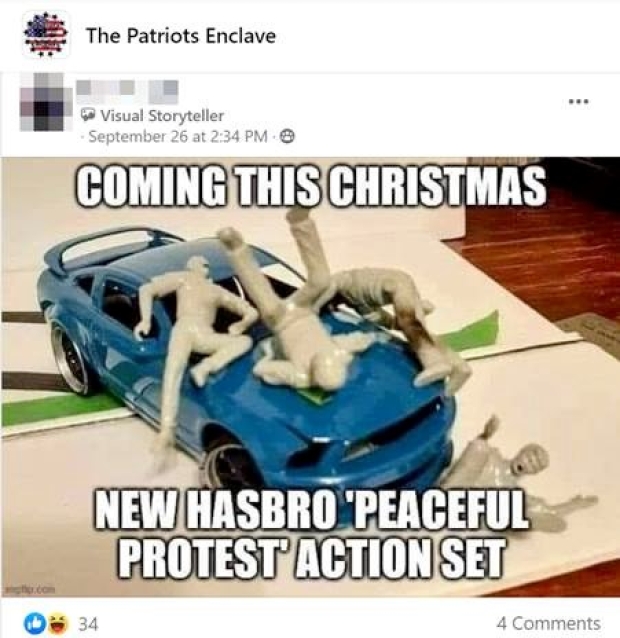 On a page called “Patriots United II,” a video describing the work that goes into coordinating a flyover at an NFL football game elicited the comment, “Perfect ending to this video at this time would be a MOAB [“mother of all bombs”] dropped right in the middle of that BLM hornets nest. Touchdown!!!!!” Another user responded, “damn right!!!”

These types of sentiments are not uncommon on Patriot pages, but perhaps nothing is as emblematic of these dangerous fantasies as posters’ widespread support for Kenosha shooter Kyle Rittenhouse, who has been charged with killing two Black Lives Matter protesters. On August 26, the day after the shooting, a meme surfaced in the “United Patriots” group naming Rittenhouse the “2020 student of the year.” Posters responded with praise and expressed interest in donating to help cover his legal fees. Someone in the group “The American Patriot! (Official)” wrote: “Kyle didn’t do anything wrong…By taking violent leftist agitators out of the equation, he made the U.S. that much safer…[he] merely defended himself from aggression by the same people seeking to destroy property and the U.S.”

Posters on these pages are also openly discussing the prospect of a civil war following the election and declaring their readiness, sharing messages declaring that now is the time that Americans need to “rise up” or risk losing their freedoms. As one user wrote in a Mississippi-based Patriot group, “From the rumblings that I hear, we may be busting caps by December 1st…I never thought that I would see the day that we would be facing enemies from within, but it is here. Patriots get ready.”

This violent, pro-civil war rhetoric is being fueled by conspiracies and misinformation peddled on these same pages, with posts claiming Democrats and George Soros are funding antifa and Black Lives Matter, baselessly accusing Joe Biden and other Democrats of being or supporting pedophiles and warning that the left intends to steal the election via voter fraud as part of a socialist or Marxist takeover. These posts are actively contributing to and elevating unfounded fears of an illegitimate election and fueling the conditions for possible election-related violence. As one member of the “Patriots United” group wrote, “Question…with the inevitability of voter fraud there is a possibility that Pres. Trump would not win reelection. My question is what are the patriots going to do?”