Two leaders of the white supremacist movement, Paul Mullet of Bainbridge, Ohio, and Billy Roper of Mountain View, Arkansas, have joined forces to form a new group, Divine Truth Ministries and its "political arm," the Nation of True Israel.  Both men have struggled for years to establish themselves in the movement and to recruit followers.

Mullet and Roper practice Christian Identity, a virulently racist and anti-Semitic religion. They believe not only that whites of European descent can be traced back to the "Lost Tribes of Israel," but that Jews descended from a union between Eve and Satan. In addition to their Christian Identity beliefs, both men have embraced neo-Nazi ideology. 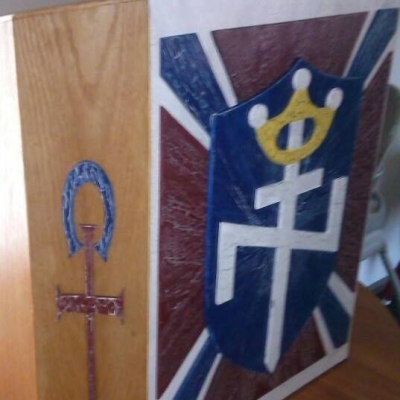 A late December press release by Roper announced they were "carrying forward the ideals and values of Aryan Nations under a new banner." In the 1990s, Aryan Nations was one of the largest and most active neo-Nazi groups in the country, as well as a major Christian Identity group.

Presumably Mullet and Roper hope to capitalize on the small void left by the recent dissolution of Morris Gulett's Louisiana-based faction of Aryan Nations. Gulett’s group was one of a number of factions that formed after the 2004 death of Richard Butler, the founder of Aryan Nations.

It is no surprise that Mullet and Roper’s first course of business has been to demonize Dr. Martin Luther King, Jr. Earlier this month, just days before the federal holiday marking Dr. King's birthday, they sponsored a "Day of Education," which encouraged all "white nationalists" to distribute anti-King flyers and literature alleging that King, among other things, was a plagiarist and communist.

They are also organizing an April march at Georgia's Stone Mountain Park to protest legislation that would allow changes to existing Confederate displays and monuments, as well as a plan by the Stone Mountain Memorial Association to install a monument in King's honor. Following the march, they are also planning a white power music event at a different venue.

Despite their ideological beginnings with prominent neo-Nazi groups, Mullet and Roper, just a year apart in age, have struggled to make their mark in the white supremacist world. Mullet started with Richard Butler's Aryan Nations, while Roper, who came from a family of Klansmen, got his start with William Pierce and the National Alliance. In the early 2000s, Butler and Pierce died, leaving the neo-Nazi movement in disarray and both Mullet and Roper untethered.

Shortly after Pierce's death, Roper, forced out by the remaining leaders of the National Alliance, started his own neo-Nazi group, White Revolution. Despite years of effort, White Revolution never amounted to anything more than a tiny propaganda group and Roper shut it down in 2011. For the last several years, Roper was active with Thomas Robb's Arkansas-based Klan group, the Knights Party.

Mullet also experienced failures as he attempted to start several neo-Nazi and Christian Identity groups in the years following Butler’s death. His worst loss came in 2011 when Morris Gulett usurped a faction of the Aryan Nations that Mullet had founded in 2009. In 2011, Mullet attempted a comeback with the American National Socialist Party, but it also failed.