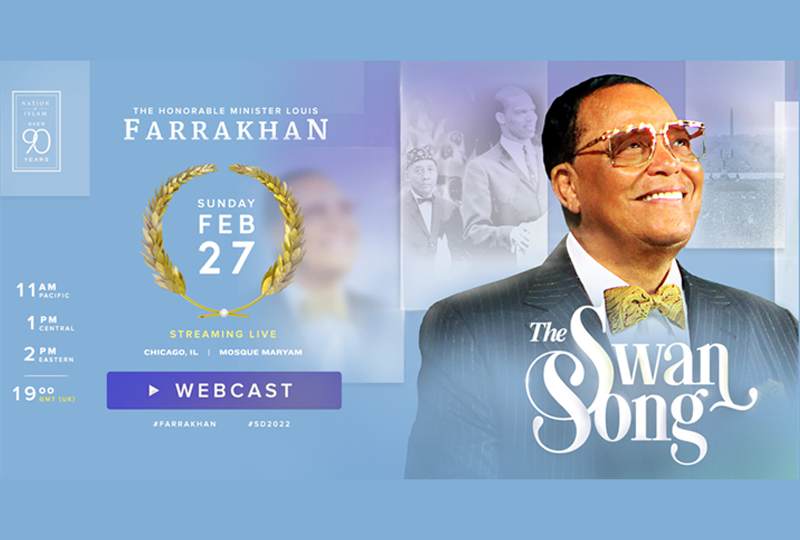 Mainstream social media companies have allowed Nation of Islam (NOI) leader Louis Farrakhan’s antisemitism and anti-vaccine disinformation to once again find a home on their platforms. In the days since Farrakhan’s annual Saviours’ Day address was broadcast on February 27, 2022, videos of the hours-long speech have received over 500,000 views across dozens of YouTube channels and Facebook pages.

The content of the address, which as ADL previously reported, included the promotion of antisemitic tropes about Jewish control and claims that the COVID-19 vaccine is part of a depopulation agenda, violated both platforms’ stated policies on hate speech and vaccine disinformation. Nonetheless, Saviours’ Day content continues to proliferate on YouTube and Facebook, reinforcing ADL’s past findings regarding mainstream platforms’ failure to consistently enforce their own policies.

The reposts of Farrakhan’s address also demonstrate the ability of groups and their supporters to circumvent social media bans. Both YouTube and Facebook have previously deplatformed accounts affiliated with the NOI and Farrakhan for policy violations. In 2020, YouTube banned the NOI’s official channel and in 2019 Facebook banned Farrakhan’s official page. On Saviours’ Day, both platforms appeared to take steps to restrict the NOI’s attempts to broadcast Farrakhan’s address. Just prior to the scheduled start of the program, YouTube terminated the “SD Events” account that the NOI was using to host the livestream. Later, while Farrakhan was speaking, Facebook also temporarily disabled the NOI’s livestream.

However, these limited actions have not prevented Farrakhan’s bigoted and conspiratorial content from reaching hundreds of thousands of viewers. After the address was over, Facebook reinstated the livestream video link posted on the NOI’s main page, which has since received over 85,000 views as of March 10. A video of the speech posted on the page for The Final Call, the NOI’s official newspaper, has received 30,000 views.

On YouTube, videos of the Saviours’ Day address posted to the channel of the Jamaican radio station IRIE FM have received over 250,000 views. The NOI’s European Headquarters channel received nearly 90,000 views on its Saviours’ Day video before the channel was terminated more than a week after Farrakhan’s address. On both Facebook and YouTube, recordings of the speech posted on numerous other channels affiliated with local NOI chapters or individual supporters have reached tens of thousands of additional viewers.

In addition to the mainstream platforms, alternative websites have also served to disseminate the speech. The address received over 60,000 views on Rumble, a video sharing platform popular among right-wing users. On the NOI’s video-hosting website, the address has received over 90,000 views.

Over the past week, the NOI has celebrated the fact that Farrakhan’s message continues to spread online despite the attempt of the so-called “enemy” to “put out the Light of Allah.” Reflecting on Saviours’ Day, NOI social media manager Abdul Qiyam Muhammad commented that, “no matter how much [Farrakhan’s enemies] have attempted to block him and ban him, all it has done is raise up more people utilizing the platforms and they’re spreading the Minister all over the world.”