Firearms Remain the Weapons of Choice for Domestic Extremists 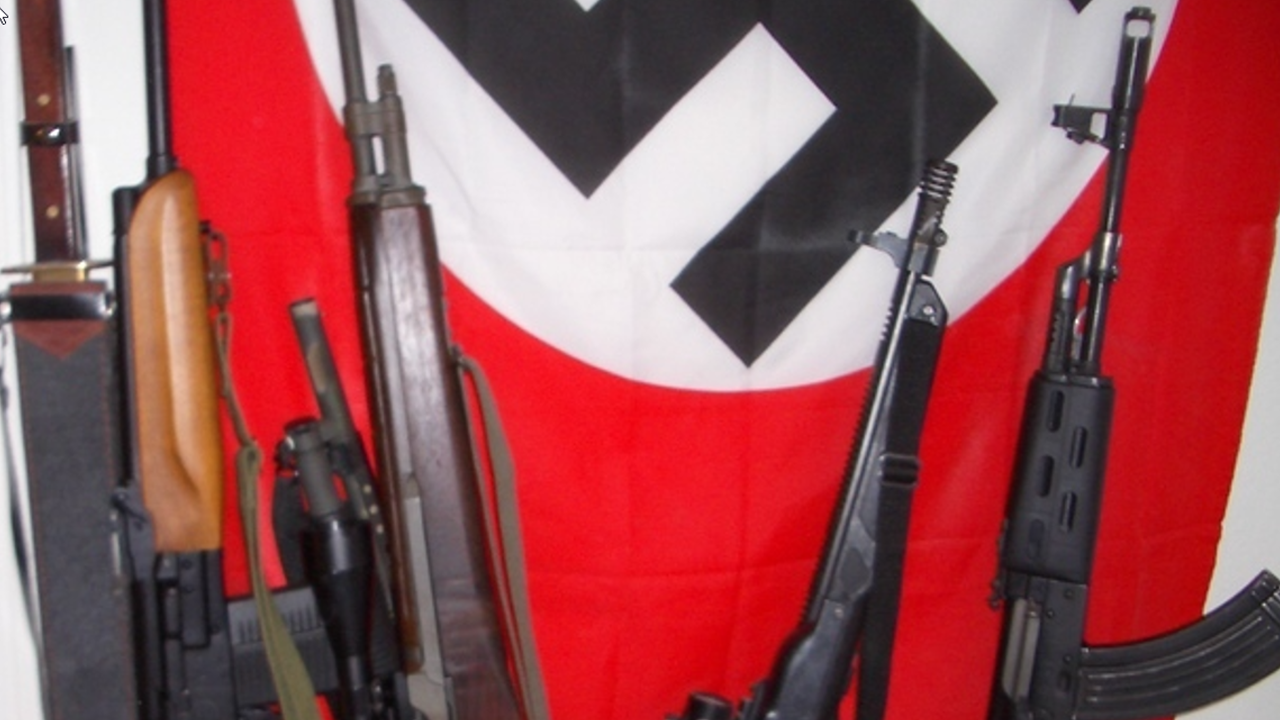 Murder and Extremism in the United States in 2021

Every year, extremists overwhelmingly use guns to carry out their deadly attacks. In any given year, more people are killed by extremists who use firearms than those who choose any other weapon. In fact, over the past decade, shootings accounted for 75 percent of the deaths at the hands of extremists.

That trend continues in 2022. In May, a white supremacist armed with an assault rifle and wearing body armor killed 10 people and wounded three more inside a Buffalo, New York, supermarket. In March, an alleged member of the Aryan Brotherhood shot a Pinal County Arizona, sheriff’s deputy responding to a trespassing call. In February, a far-right extremist in Oregon used a handgun to fire on a group of racial justice demonstrators, killing one person and wounding five others. In January, an Islamist extremist used a semi-automatic handgun to hold four people hostage for 10-hours at a Texas synagogue, and an anti-government extremist using a stolen semi-automatic handgun with an extended magazine ambushed and killed two New York City police officers.

Analysis of Firearm use by Extremists

The ADL Center on Extremism documented 187 incidents from 2012-2021 in which extremists used firearms to commit murder or violently engage with law enforcement. During these incidents, extremists killed 325 people and wounded 252.

To determine the most commonly used and deadliest firearm types, the assaults were grouped by incidents in which the extremist(s) used a handgun, a military-style assault weapon, a shotgun, a rifle or multiple weapons. In 32 of the incidents the type of weapon(s) used remains unknown. To determine the number of casualties by weapon type, we also calculated the number of people killed and wounded in each incident. The following COE analysis presents the data from the most lethal weapon type to the least.

Averaging 5.4 fatalities per incident, the deadliest incidents are those in which extremist(s) used multiple weapons -- various combinations of handguns, military-style assault weapons, shotguns and rifles. In these 22 incidents, 119 people were killed and 122 were wounded (accounting for 42 percent of all casualties).

Notably, fourteen of the 22 multi-weapon incidents involved extremists engaged in ideologically driven attacks against their perceived enemies. This includes, for example, the December 2019 antisemitic attack on the Jersey City Kosher Market that left four people dead and three wounded. In the aftermath, police found five firearms belonging to the attackers, including an AR-15 style weapon, a shotgun, and three handguns. It also includes the October 2018 shooting spree at the Tree of Life synagogue in Pittsburgh, in which the suspect used an assault rifle and three handguns to kill 11 people and wound six others. In yet another example, anti-abortion extremist Robert Dear killed three people at a Colorado Springs Planned Parenthood Clinic in November 2015, armed with eight firearms, including four Soviet-style SKS semi-automatic rifles, two handguns, another rifle and a shotgun.

There were 19 incidents in which the extremist used a single military-style assault weapon. With 62 victims killed (an average of 3.26 fatalities per incident) and 60 more wounded, these attacks were also very deadly (21 percent of all casualties). The high average of fatalities per incident in this data set is driven largely by two significant mass shootings, the August 2019 mass shooting targeting the Latino community at a Walmart in El Paso, Texas, that left 23 dead, and the February 2018 school shooting in Parkland, Florida, which left 17 dead.

In more than half of the cases (at least 96 of the 187 incidents or 51 percent), extremists used a single handgun. Accounting for 101 fatalities, an average of 1.04 murders per incident, these incidents were far less lethal that those in which the extremist(s) used multiple weapons or a single military-style assault weapon. Despite the lower average, there have been incidents in which extremists used handguns to attack soft targets resulting in high death tolls. In 2012, six people were killed and three wounded when a racist skinhead armed with a semi-automatic handgun attacked the Sikh Temple in Oak Creek, Wisconsin. And in 2015, white supremacist Dylann Roof used a handgun to murder nine congregants at the Emanuel African Methodist Episcopal Church in Charleston, South Carolina.

To a much lesser degree, extremists also used shotguns (15 incidents) and rifles (3 incidents). Most of these incidents occurred while extremists were engaged in non-ideological criminal activity, were avoiding arrest, or reacted violently to the service of search or arrest warrants at their home.

In this case study, at least 10 extremists wore some sort of body armor, seven of whom were conducting planned attacks against their perceived enemies. For example, in 2014, anti-government extremist Jerad Miller, who along with his wife ambushed and killed two police officers in Las Vegas, Nevada, wore a protective vest during a subsequent shootout with police in a Walmart. And, in 2017, eco-terrorist James Marker wore a ballistic vest as he fired a high-powered rifle at a natural gas pipeline construction site in Florida.

In addition to the 187 incidents in which extremists used firearms to commit murder or violently engage with law enforcement, they also engaged in other plots and attacks that include the use of firearms. From 2012-2021, there were at least 52 cases in which police disrupted terrorist plots, including nine cases in which the extremist’s plans included a mass shooting. In 38 of those cases, the extremists possessed firearms at the time of their arrest, and 26 of them faced charges that included weapons violations.

Though no one was killed, and they did not exchange gunfire with law enforcement, five extremists were able to advance their terrorist plots beyond the planning phase and attack their perceived enemies. In May 2020, Islamist extremist Adam Aalim Alshahli, armed with a handgun and military-style assault weapon, was killed after he opened fire on the guards at the entrance to Naval Air Station-Corpus Christi. Also armed with assault rifles, left wing extremist Willem Van Spronsen attacked a privately-owned ICE detention center in 2019, and Armando Hernandez Jr., an adherent of the misogynistic incel subculture, targeted couples during a 2020 shooting spree at an Arizona shopping mall. In 2015, Allen Scarsella shot five “Black Lives Matter” demonstrators in Minneapolis and in 2012 left-wing extremist Floyd Corkins opened fire at the offices of the Family Research Council. Both men used semi-automatic handguns.

For more information on these indents and others, ADL’s H.E.A.T. Map provides a visual representation and details related extremist murders, terrorist plots & attacks and extremist/police shootouts.