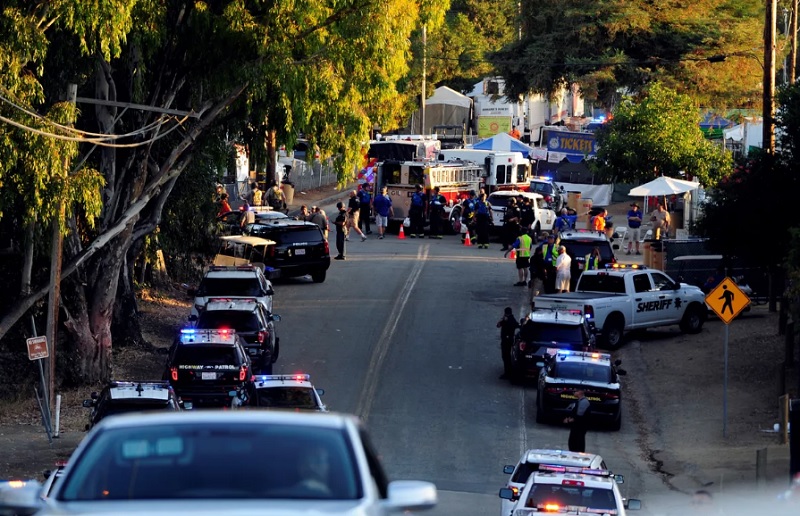 After a deadly shooting spree at the Gilroy (California) Garlic Festival on July 28 that left three dead and 15 injured, an Instagram account was discovered that appears to have recently been created by the shooter, Santino Legan. In a post made not long before the attack, Legan asked why towns were overcrowded and open space paved over to make room for “hoards [sic] of mestizos and Silicon Valley white tw*ts.” Legan also urged people to read the book Might is Right, by Ragnar Redbeard.

Might is Right, or The Survival of the Fittest is a book most people have never even heard of, but it has had an enduring history on the fringes of American thought and ideology. Originally published in Chicago in 1896, it has been reprinted many times over the past 125 years, including online and as an audiobook. The identity of “Ragnar Redbeard” is not known with certainty, though most credit an obscure writer named Arthur Desmond with authorship (a few claim noted author Jack London had a role in its writing, but there is little evidence to support it).

The book, only a hundred pages long, uses sensationalistic language to make a Social Darwinist argument in favor of self-interest and the primacy of the individual. Along the way, it attacks Christianity and Judaism, as religions that weaken people; non-Anglo-Saxons, as lesser races; women, as greatly inferior beings compared to men; urban-dwellers, as weak creatures; and the American concept of government based on the notion that all people are created equal.

The language used by Redbeard is often so extreme that a number of people have assumed or claimed that it was actually satiric in nature. However, there are many who have taken its arguments in favor of self-interest seriously. These have included nihilists and egoists as well as occasional occult figures such as Satanist Anton LaVey.

The book’s most appreciative modern audience, however, may be white supremacists.  Though Might is Right is not itself a work designed to promote or advance white supremacy, it contains many passages full of racist and anti-Semitic vitriol. Moreover, white supremacy itself is an ideology that is highly dependent on Social Darwinism and—as does Redbeard—makes claims about supposed “laws of nature” to justify its beliefs. Consequently, the book is very compatible with modern white supremacist ideology.

In recent decades, white supremacists have often promoted—and republished and marketed—the book. Several of the Might is Right editions available online, including on fringe forums like 4chan and 8chan, are the work of various white supremacist individuals or groups.  David Lane—the white supremacist who died in prison serving a 190-year sentence for terrorist acts in the 1980s—was a particular fan of Redbeard’s manifesto, quoting it in essays published from prison and republishing the book through the business run by his wife and an associate.

Based on the limited information available as of this writing about Legan and his motives, we may never know exactly how Might is Right fit into or may have influenced the shooter’s ideology. It does seem significant that Legan appears to have used his Instagram account to promote this hateful book less than an hour before his murderous rampage.