Footage of Buffalo Attack Spread Quickly Across Platforms, Has Been Online for Days 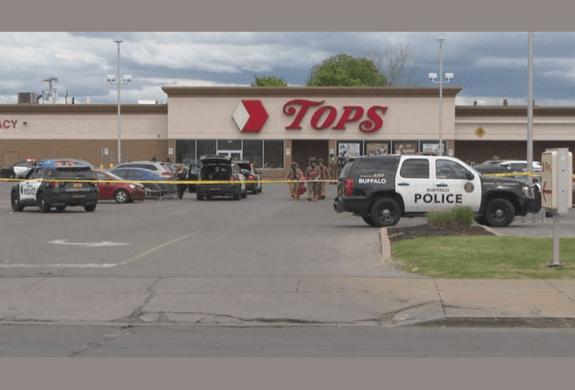 The livestream of the accused Buffalo shooter’s  deadly May 14, 2022, attack at a Buffalo supermarket was available briefly via Twitch, but the footage spread quickly across online platforms, and remains online for public consumption.

Five full days after the shooting rampage, the ADL Center on Extremism (COE) was able to find the footage on platforms as diverse as Facebook, Twitter, Instagram, Reddit, Telegram, Bitchute and Gab. Framing and characterization of the videos varied widely between platforms and users, and although many posters did not use the footage to explicitly promote or applaud extremist beliefs, the proliferation of this extremist violent content creates a dangerous online environment, normalizes violence, and has the potential to inspire future violence. Sharing this violent footage debases the memory of the victims.

The most common iteration of footage is video directly uploaded to the platform itself. These videos and video excerpts, often accompanied by some form of commentary from the poster, were found on Facebook, Twitter, Instagram, Reddit and Telegram. In some cases, the post includes language critical of the shooter, but this does little to mitigate the potential damage caused by the video itself and creates opportunity for others to use the content for nefarious purposes.

Footage of the attack has also been indirectly distributed across platforms via posts with links to websites hosting the video clips.  The COE has found that these indirect social media posts can be used to promote hate and disinformation on mainstream platforms without directly violating that platform’s content policies. 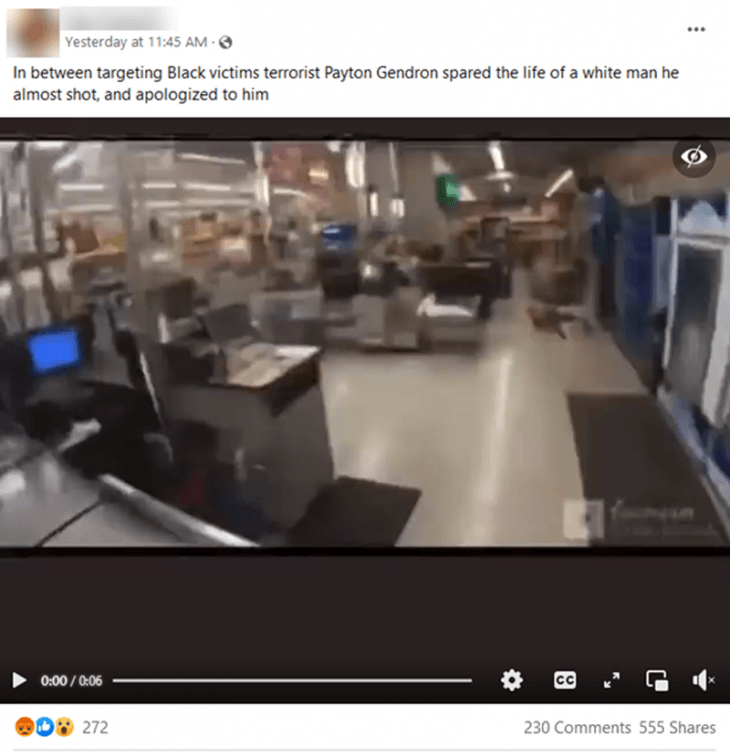 In response to the spread of the Buffalo shooter’s video of his attack across social media, The Global Internet Forum to Counter Terrorism (GIFCT) activated their content incident protocol a few hours after the attack. This protocol was put in place after the livestreamed video of extremist mass murder in Christchurch, New Zealand in 2019 spread far and wide across all social platforms. The protocol ostensibly provides technical methods for member tech companies to share information in order to better recognize and remove content related to specific livestreamed videos of mass murders by extremists. The GIFCT reported that between the attack on May 14 and the evening of May 15 member tech companies added 740 visually distinct images and 130 visually distinct videos of the shooting footage to their shared database. Even so, the fact that Facebook, Instagram, Twitter and YouTube are all members of the GIFCT and yet our researchers were still able to easily find videos of the shooting five days after the event is extremely concerning.

COE found the most egregious content on Telegram; posts on the encrypted messaging platform contained the shooter’s video and manifesto.  Posts frequently included racism, antisemitism, messages of support for the shooter’s actions or speculation that the shooting was a false flag operation. Some examples include:

Content found on these video sharing platforms often or mostly focused on “false flag” conspiracy theories, which suggested that the deadly shooting was staged for the benefit of certain federal agencies and political parties. Some examples include: