On the Ground in Rome: Strengthening Interfaith Relations 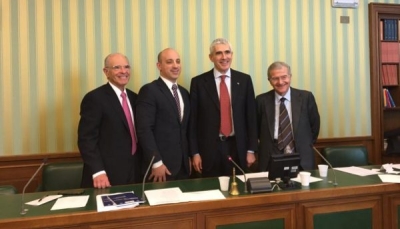 This week, a delegation of ADL national leadership, headed by CEO Jonathan Greenblatt and National Chair Marvin Nathan, will spend several days in Rome. While here, we will have a private audience with Pope Francis and will meet with Vatican officials, as well as representatives of the Italian government, the leadership of the Roman Jewish community.

Why, one might ask, beside good pasta, gelato, and a chance to meet the pope, would an American civil rights and educational non-profit make the trek to Rome? There are many significant reasons.

First, the relationship between the Jewish people and the Roman Catholic Church is one of the most hopeful stories of the post-World War II era. Despite centuries of enmity, beginning with the promulgation of Nostra Aetate in 1965 as part of the Second Vatican Council, Jews and Catholics have forged a new relationship of understanding and trust.  That is something to celebrate, and can serve as a model in these days when division seems to be the order of the day.  Every relationship, however, to quote Woody Allen, is like a shark – it must move forward or die.

We go to Rome to keep our relationship vital.

Though the relationship is strong, there are still some points of disagreement and unresolved issues between the Church and Jews. These include the failure of Israel and the Holy See to conclude the negotiations on the Formal Agreement between the two sovereign states, the fact that the Vatican archives from Pope Pius XII during the Holocaust have yet to be opened to researchers, and that anti-Semitism, though expressly and regularly repudiated by the Church, has not yet been eliminated from its ranks. Anti-Christian violence and rhetoric from extremist Jews in Israel is likewise a concern.

There are also important issues on which we agree, but which we want to reaffirm. We are deeply concerned about the persecution of Christians around the world, the plight of refugees, and the rise of reactionary nationalism in Europe and in the United States.  Both the Jewish community and the Church are alarmed about the increase in anti-Semitism, Islamophobia, and religiously motivated extremism and violence. We want the world to know that the Church and the Jewish community stand together and will work together to bring peace and security to all who are afraid and whose lives are threatened. 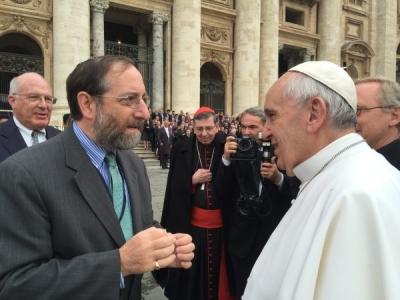 We will sit down with representatives of the Italian government to discuss anti-Semitism as well as their relationships with the US, with Israel, and with Iran. We will share our organization’s expertise on extremism and law enforcement training.

And we will meet with our Roman Jewish brothers and sisters, representatives of a community with more than 2,000 years of history, to learn about their lives today and the challenges they face, and well as their unique traditions and culture.

In sum, we go to Rome to build bridges, to recommit ourselves to partnering with religious and national leaders on the most pressing issues of our day, and to shine a light in the darkness that threatens us at home and abroad.