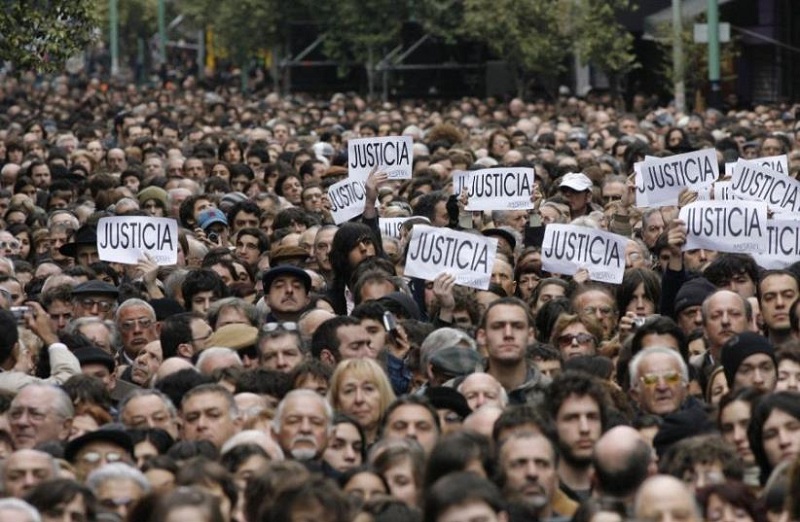 This week marks yet another anniversary of what could accurately be described as the most significant violent antisemitic attack against a Jewish Community outside of the Middle East since the Holocaust — the 1994 bombing of the Argentina Jewish community’s main institutional structure, the AMIA building, which caused the deaths of 85 people and injured more than 300.

The fact that no individuals have been arrested and prosecuted for this horrendous act of Jew hatred remains a stain on both the government of Argentina and the international community.

This anniversary takes on heightened significance as we see a resurgence of antisemitism worldwide, including in the United States, which until now had long been viewed as a bastion of safety for Jews, and across Europe.

Argentina itself has not been immune to this surge in antisemitism, both in terms of acts perpetrated against its Jewish community and online in the onslaught of social media hate targeting Jews. For example, this past May a Jewish community building was vandalized in Bahía Blanca with graffiti saying “We are going to kill you,” and the words “Jewish rats” scrawled next to a Jewish Star of David.

According to a 2020 DAIA analysis, online posts during the height of the COVID-19 crisis included antisemitic conspiracies blaming Jews for the pandemic, with some posts suggesting that “Zionism runs the world and this Government is at its feet,” and, “I would not be surprised if the Jews created the coronavirus and already had the vaccine.”

If ever there were a time for the Argentinian government to make a statement that it is serious about combatting antisemitism, the time is now. This must start with prosecuting the AMIA case. As the evidence and the Interpol investigation suggests, Iran and its surrogate, Hezbollah, were responsible for the bombing.

This should hardly be a surprise since Iran is the number-one state sponsor of antisemitism and Holocaust denial. Indeed, as ADL recently reported, even Iran’s new President-Elect, Ebrahim Raisi, has throughout his career contributed to the spread of venomous antisemitic conspiracy theories. Raisi previously was responsible for the production of a 50-episode TV documentary on the “Protocols of the Learned Elders of Zion,” one of the most infamous antisemitic documents in history, which was deceitfully presented as a plan for world domination by Jewish leaders.

Unfortunately, the politicization and mismanagement of the AMIA bombing on July 18, 1994 started at the beginning of the investigation 27 years ago, and, to the dismay of the victims and their families, remained fraught throughout the tenures of numerous governments. The murder of Prosecutor Alberto Nisman on the night before he was to present damning evidence to the courts in the bombing over six years ago, and the lack of accountability over his death, further thwarted efforts to properly and thoroughly investigate and prosecute this case.

Under the previous Macri government, there were signs that Argentina was making progress in advancing the investigation into this terrible crime. Positive signs included an Argentinian federal judge requesting the arrest and extradition of former Iranian official Ali Akbar Velayati, Hezbollah being declared a terrorist organization, and the effort to freeze Hezbollah assets in the triple frontier border region where terrorists are active.

And on the 25th anniversary of the bombing, in 2019, the Argentinian government took the long overdue step of presenting the attack as an Argentinian national tragedy, and not just a Jewish one, with Argentinian embassies around the world commemorating the anniversary.

While these are welcome steps forward, they are no replacement for tangible steps to bring those responsible to justice.

With the ongoing surge in global antisemitism, the international community must demonstrate their seriousness in standing up to all forms of antisemitism. World leaders, including President Joe Biden, should put pressure on the Argentinean government to ensure the AMIA investigation proceeds unhindered to completion.

Twenty-seven years ago, 85 Argentinean women, men and children were killed simply because they were present at the center of Jewish life in Buenos Aires. Let’s do everything we can to dignify their memories by ensuring their killers are finally brought to justice.