In a transparent ploy to gain attention, white supremacist hacker Andrew Auernheimer, also known as “Weev,” has been sending a new wave of anti-Semitic flyers to networked printers around the country. He has claimed credit for at least one of the flyers on his Twitter account and on the website Storify.

Previously, Auernheimer received considerable media attention in March of this year when he sent a flyer advertising the neo-Nazi website, The Daily Stormer, to printers at campuses across the United States. 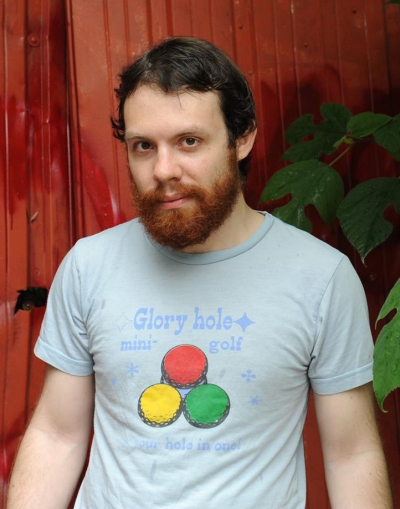 Recently, it appears that Auernheimer has created two new flyers with language and imagery deliberately designed to shock readers. Both flyers glorify mass killings. The flyers contain swastikas and the heading “samiz.dat,” a reference to the Russian word “samizdat” which was a system in the former Soviet Union “by which government-suppressed literature was clandestinely printed and distributed.”

The first flyer, which was signed “Weev,” circulated in early August. It salutes Anders Brevik, the Norwegian far-right terrorist who killed 77 people. It also calls for supporting and defending supreme acts of violence against anyone Auerheimer perceives as anti-white. The flyer says, “So the hordes of our enemies from the blacks to the Jews to the federal agents are deserving of fates of violence so extreme that there is no limit to the acts by which can be done upon them in defense of the white race.” It then goes on to mention raping his enemies’ daughters and gouging out the eyes of their sons.

The second flyer, which also appears to be the work of Auernheimer, circulated in mid-August. It depicts a mass shooting at a synagogue where Jews are murdered by a Jew-hating killer named Tyler. The flyer sarcastically refers to Sam Hyde, a comedian whom Internet trolls labeled a mass murderer as a joke because they believe that the media assumes that mass murderers are white men. In the graphic imagery of the flyer, Tyler declares that he is Sam Hyde as he systematically kills Jews and brutally rapes a young Jewish woman.

Though Auernheimer apparently sent these flyers out to networked printers, he did not reach as many printers as he had previously with the flyer in March. In an article on Storify, Auernheimer explains that “a large body of entities” have taken their printers offline or have fixed the security breach that allowed him to access their printers.

Auernheimer has claimed that he is planning on sending more “sophisticated” flyers under the “samiz.dat” banner. What is certain is that he will continue to try and exploit any gap he can to access printers and garner more attention.