A Hate Crime Law in Indiana is Long Overdue 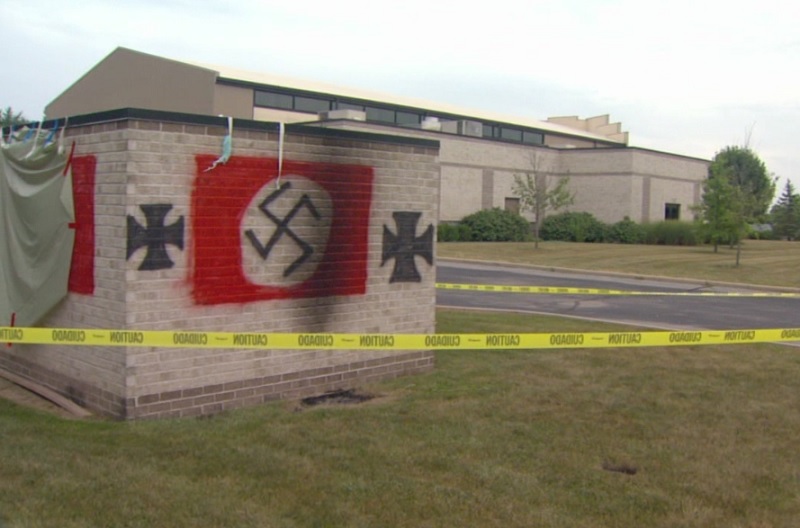 Last year in Indiana, a Catholic priest was attacked while praying, a Jewish synagogue was vandalized with anti-Semitic graffiti, and an Unitarian church was targeted with racist and homophobic banners. In all three cases, the FBI assisted with the investigation because, unlike Indiana, federal law contains a comprehensive hate crime statute.

Often misunderstood, hate crime statutes do not criminalize “hate speech.” Rather, these laws increase the punishment for criminal acts (such as murder, battery, or vandalism) in which victims are selected because of their perceived or actual identity. For example, vandalizing a house may typically be a misdemeanor, but if a perpetrator targets a house because of the occupant’s race, religion, or sexual identity, the punishment for the crime may be increased.

The need for enhanced sentencing stems from the unique nature of hate crimes. Unlike other criminal acts which use fear and violence as a means for victim compliance (for example, using a gun to rob someone), hate crimes are primarily intended to cause maximum fear and violence. Indeed, one study found that hate crimes are more likely to involve physical injury and, compared to other assaultive crimes, are three times more likely to lead to hospitalization. Furthermore, because victims are randomly targeted due to their identity, the American Psychological Association concluded that hate crimes cause the victim’s community to feel unwelcome and unsafe.

Tragically, hate crime victimization is increasing in America.  The FBI’s most recent statistics show that nationally hate crimes rose by 17 percent in 2017 - the highest level in nine years.  During the same year, the FBI found a 37 percent increase in anti-Jewish crimes, a 24 percent in anti-Latino crimes, and a 5 percent increase in anti-LGBTQ crimes. Though revealing, these figures don’t tell the whole story. The Department of Justice estimates that 54 percent of hate crimes go unreported, and two of Indiana’s three largest cities – Indianapolis and Evansville – do not even collect hate crime data.

Nevertheless, some argue that specifying particular groups, such as race or religion, in hate crime legislation is both unnecessary and creates a “special status” for minorities.  These assertions are wrong. Hate crime statutes must outline specific identities to be constitutional, provide clear legal guidelines, and ensure that criminals are effectively prosecuted for victimizing people because of their background. Notably, Utah’s hate crime law does not list any protected groups, which is likely a reason why the law has never been used. Specifying groups also doesn’t create a “special status” for minority communities because all people, regardless of their background, have a racial, religious or sexual identity that can be targeted. In fact, 22 percent of race-based hate crimes in 2017 were committed against white people.

Opponents of hate crime legislation also fail to consider that enacting hate crime legislation will send a positive message about Indiana’s values. As explained by Governor Eric Holcomb during his recent State of the State address, “At heart, this has to do with people’s dignity and how we treat one another. Standing strong against targeted violence motivated to instill fear against an entire group is the right thing to do.” And Hoosiers overwhelmingly agree with Governor Holcomb. A recent statewide poll showed that 84 percent of Democrats, 75 percent of independents, and 63 percent of Republicans support the passage of hate crime legislation.

Forty-five states have already declared that citizens should not be victimized because of whom they love, where they come from, or how they worship. With broad political support and a pressing need, it is time for Indiana to join these states and pass comprehensive hate crime legislation.