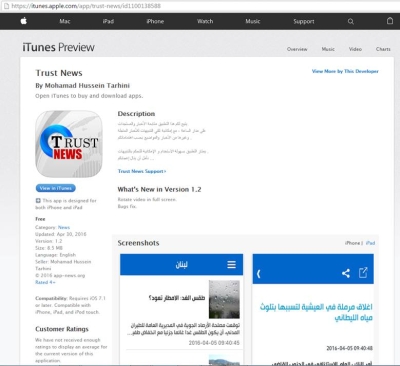 Unlike previous apps launched by the terrorist entity, the new app’s page on iTunes did not include any reference to al-Manar or Hezbollah, in an apparent attempt to circumvent Apple’s App Store Review Guidelines, which require apps to “comply with all legal requirements in any location where they are made available to users.”

Al-Manar’s website posted a link which directs its visitors to the iTunes store to download the mobile app.

ADL has alerted Apple about this new app.

ADL previously informed several US-based technology companies about apps launched by the terrorist entity and they were removed subsequently. For more information: