How We're Countering the Wave of Hate Against Latinos 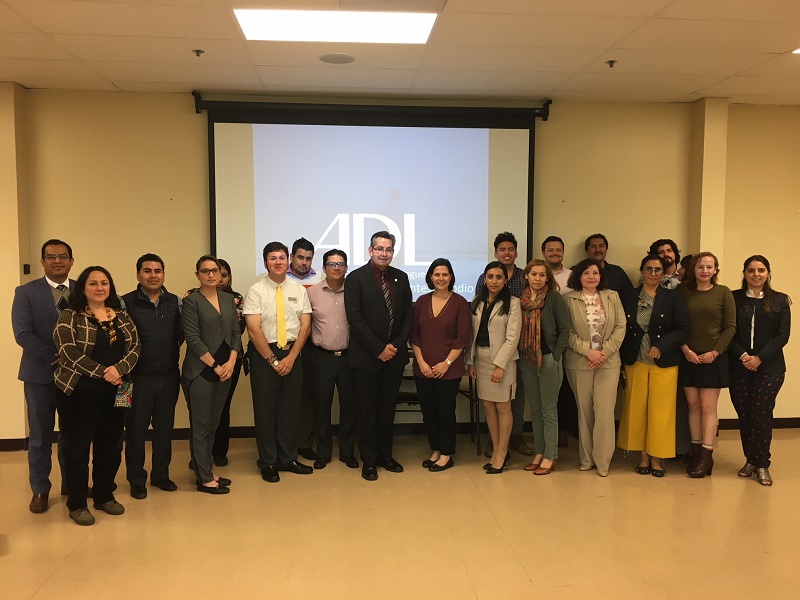 The Latino community in the United States has increasingly been on the receiving end of anti-immigrant and xenophobic rhetoric fueled by hate. Hate rears its ugly head in many ways, including bullying in schools where students chant “build the wall” at sporting events, play a game called “La Migra,” where students pretend to be ICE agents and deport students acting as immigrants, and in college costume parties where students dress like maids and gardeners, and in our administration's anti-immigrant policies.

Hate incidents are also happening daily, with people in U.S. harassed for speaking Spanish or looking Latino. These incidents include one in May when a man threatened to call ICE on Spanish-speaking workers at a restaurant in New York City because he didn’t want to hear them speak Spanish and assumed they were illegal immigrants – all caught on video – and a dangerous incident the prior month when a Mexican man was pushed onto the subway tracks. The African-American man, who pulled the Mexican man off a train before assaulting him, was charged with a hate crime.

This escalation in hate is not happening in a vacuum. Certain elected officials and media personalities, in a trend that came to the fore in the 2016 U.S. presidential campaign, fuel the stereotype that Latino immigrants are criminals through advocating for or the putting into place of policies designed to target, deport, and separate from their families as many undocumented immigrants as possible – many of whom have no criminal record. These include the termination of temporary protective status for many migrants, the targeting of immigrants for arrest and detention at safe spaces like schools and courthouses, and the implementation of cruel and inhumane policies designed to deter immigrants and asylum seekers from coming to America.

Additionally, anti-immigrant rhetoric flows from the highest levels of government. This rhetoric has emboldened mainstream and extremist anti-immigrant groups. Fliers and banners from white supremacist groups espousing horrible anti-immigrant messages have been spotted coast to coast, including on college campuses. These messages include calls to action such as “Resist Dreamers, Hire White Americans” and “Report Any and All Illegal Aliens. They are Criminals.”

Since its founding in 1913, ADL has worked to fight hate and implement humane and comprehensive immigration policies honoring America’s tradition as a Nation of Immigrants.

To help counter the wave of hate targeting Latino and Mexican immigrants, ADL last year signed a Memorandum of Understanding with the government of Mexico to provide training to the 50 Mexican Consulates in the U.S. The training focuses on three ADL topics: hate crimes and hate incidents, bullying and cyberbullying, and anti-immigrant extremism.

ADL training program at the Mexican consulate in Brownsville, Texas on June 6, 2018.

To date, ADL has delivered training on hate crimes and hate incidents to 36 Mexican consulates, bullying and cyberbullying to 24 Mexican Consulates, and information on anti-immigrant extremists to 21 consulates. Thanks to the collaboration that Mexican consulates have with Central and South American consulates in their regions, many consular staff from other countries have participated in these trainings as well. 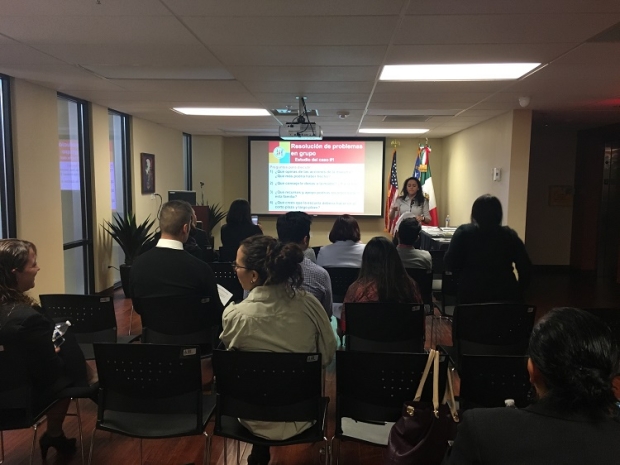 ADL training program at the Mexican consulate in Las Vegas, NV on February 13, 2018.