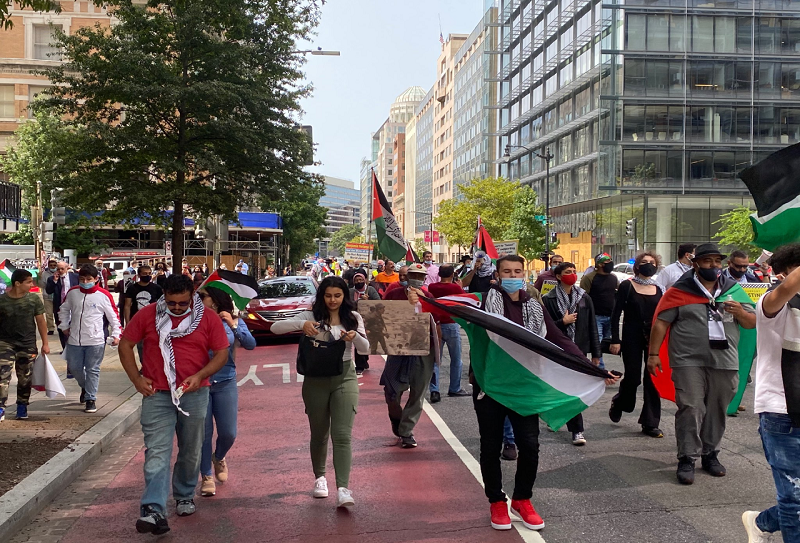 A small but vocal segment of anti-Israel activists have engaged in inflammatory rhetoric in response to the recent normalization deals between Israel, the United Arab Emirates and Bahrain, which were inked in a ceremony on the White House lawn September 15. Since the Israel-United Arab Emirates deal was announced August 13, critique from some has veered into conspiracy theories (that at times have incorporated antisemitic tropes) and language justifying violence and demonizing Zionism and Zionists.

While the policies of the state of Israel can and should be criticized like any other country’s, the demonization of Zionism and Zionists is nothing less than an antisemitic attack on Jews, a sizable majority of whom view a relationship with Israel to be an important part of their religious, cultural and/or social identities. Such rhetoric also undermines efforts to bring people of diverse views  together in pursuit of an equitable two-state solution to the Arab-Israeli conflict.

Such rhetoric culminated in a September 22 protest in Washington, D.C. organized by some 50 anti-Israel organizations including CodePink, Jewish Voice for Peace and American Muslims for Palestine and others. Approximately 100 activists participated. The protest was timed to coincide with the signing of normalization agreements on the White House lawn.

Anti-Israel academic Steven Salaita shared a post on social media in which he suggests that Zionism is inherently linked to imperialism and the downsides of capitalism. 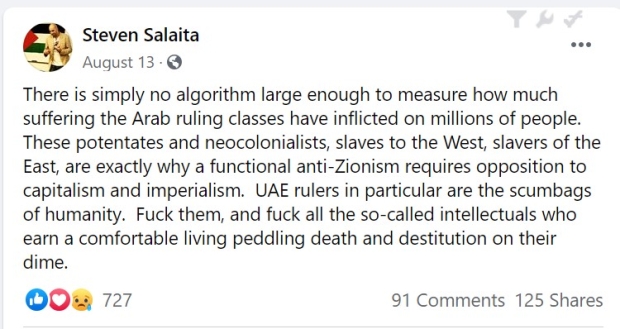 Abbas Hamideh, a leader of the anti-Israel group Al-Awda, tweeted that there is a Zionist conspiracy to use the COVID-19 pandemic in pursuit of an “illegitimate assault on Palestine:” 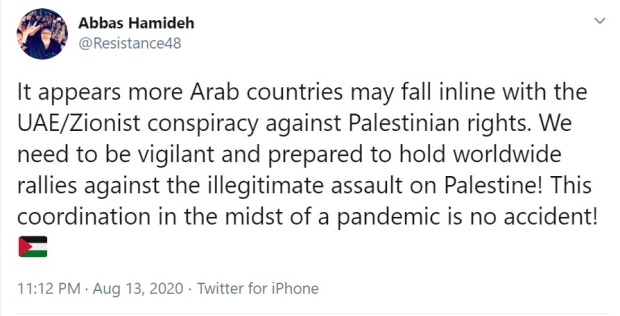 In two tweets, anti-Israel activist and author Susan Abulhawa referred to Israel as “the biggest Satan” and incorporated conspiratorial tropes about nefarious Israeli control of foreign affairs. (Her tweet in Arabic translates to: “God does not bless the rulers of the Emirates. They have neither brains nor honor. They’re opening the door to the biggest Satan [Israel] to enter other Arab states. Ptui [spit] on such garbage of a leadership.”) 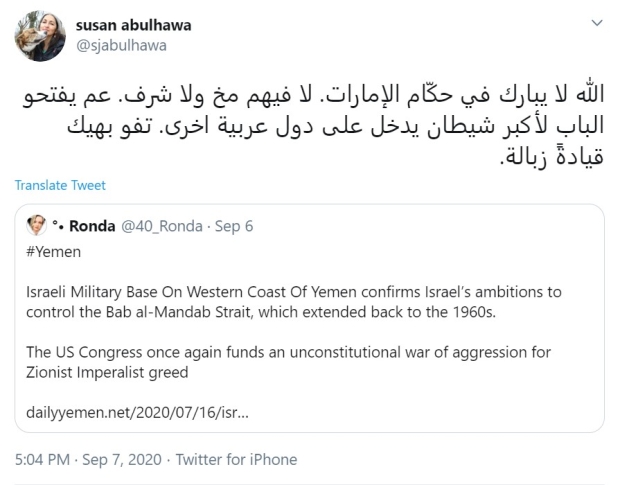 A chant at the anti-Israel rally compared Israeli Prime Minister Benjamin Netanyahu to Adolf Hitler: “Bibi and Hitler are the same, the only difference is the name!” While any present-day politician may be criticized using coarse language, comparisons to Hitler trivialize the tragedy of the Holocaust.

At the rally in Washington, D.C., Rabbi Yisroel Dovid Weiss, leader of the vociferously anti-Zionist Haredi group Neturei Karta, demonized Zionism and Zionists. He accused Zionists of “hijack[ing]” Judaism and proclaimed that God does not recognize the state of Israel:

“Zionists came along a mere 100-odd years ago with a plan to transform the Jewish religion into nationalism, to hijack the religion and create a so-called Jewish state.”