The Insurrection Highlights the Need for Civics Learning 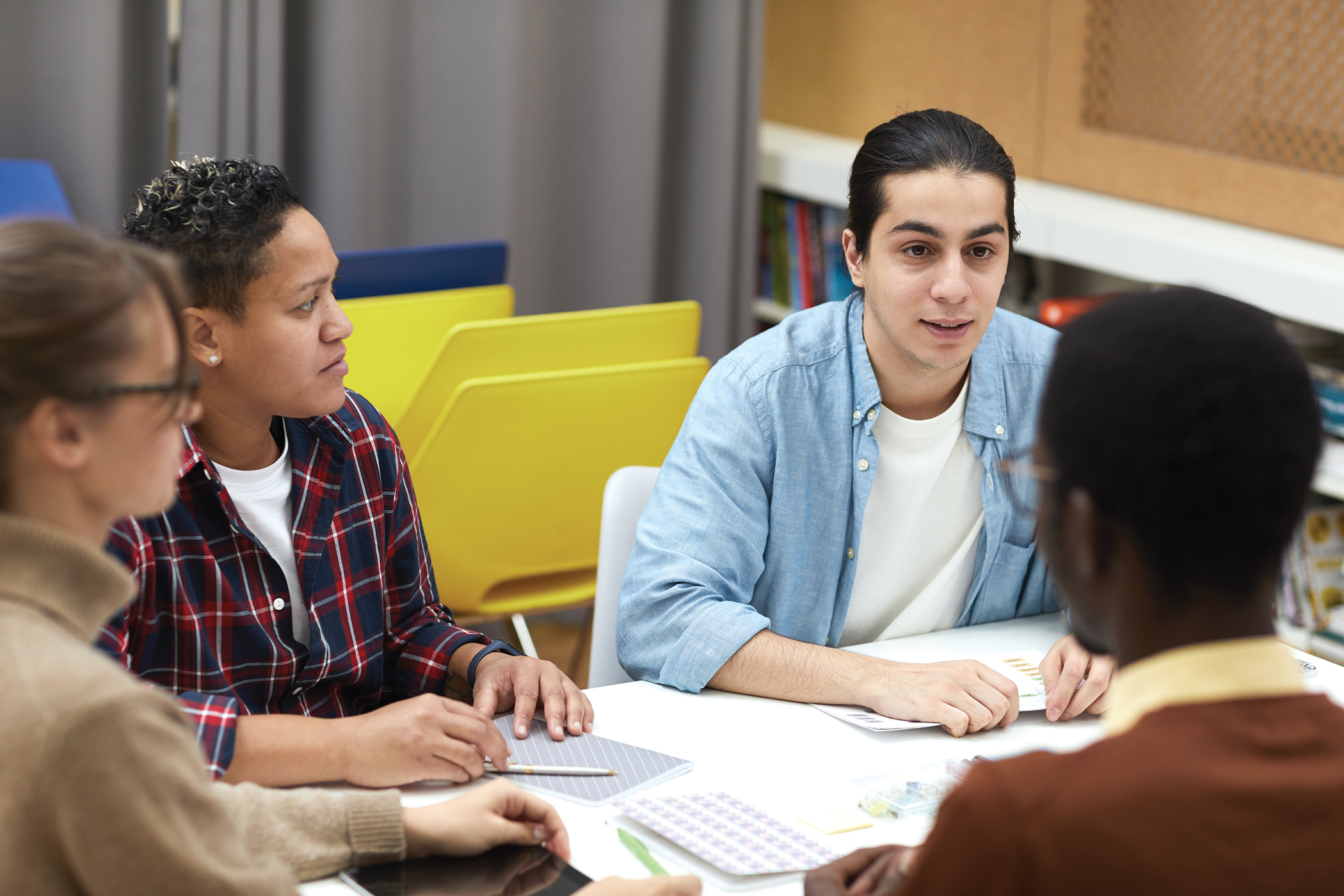 What if the insurrectionists who stormed the Capitol, attacked police officers and threatened legislators’ lives had received robust civics and anti-bias education in high school? Would it have made a difference?

Insurrection at the U.S. Capitol

On Wednesday, January 6, 2021, Congress met in the U.S. Capitol to count electoral votes and certify the results of the 2020 Presidential election. This is a formality that takes place every four years under our country’s system for choosing its President and Vice President. While this was happening, a violent mob of right-wing extremists, white supremacists and others, who came to Washington, D.C. to disrupt and overturn the results of the Presidential election, stormed the Capitol. Their goal was to disrupt the count of electoral college ballots that would formally certify Joe Biden’s victory.

As House and Senate lawmakers held their floor debates, angry rioters—many wearing and carrying white supremacist symbols—invaded the Capitol, spewing violence, rage and hate. Five people died, including one Capitol Police officer and two police officers who died by suicide shortly thereafter. Former President Trump was impeached for incitement of the 2021 storming of the U.S. Capitol.

Teachers and the Insurrection

While these events unfolded, many teachers were midway through their teaching or about to start class. They scrambled to figure out what to say and do regarding this unprecedented event—on January 6, the next day and perhaps for several days after that, or longer. As some teachers noted on social media, every one of those attackers and insurrectionists was once a student sitting in a classroom.

Would it have made a difference if they had sat in a Civics classroom and learned about the states’ responsibility for federal elections, vote counting, and disinformation? Would learning about bias and injustice in school have had an impact? Unpacking civics learning and exploring the intersection of civics and anti-bias education may help to answer those questions.

In recent years, there has been a resurgence of interest in the quality and prevalence of civics education. Some states have enacted laws to fortify their civics class offerings and requirements. The more popular strategy has been for states to adopt a standard that all high school students pass the U.S. Citizenship test as a graduation requirement. However, critics of this measure contend it does little to assess comprehension of civics principles and content, including the foundations of government, rights and responsibilities, and public engagement in civil discourse.

If we dissect some of the actions and rhetoric leading up to the insurrection, we uncover critical civics lessons about democratic principles and foundations of government. A key learning is that the integrity of the voting process matters. As all eyes watched the November 3 Presidential election returns, we saw that the winner could not be called right away. This was due, in large part, to several swing states having close vote tallies and a high percentage of votes cast by mail-in ballots due to the pandemic. Also, many state laws require that counting can only begin on election night.

Various media outlets explained this process to the public and continued to monitor the tallying. And then, even though millions of legitimate votes had not been counted and several important swing states had not been called, former President Trump publicly and repeatedly declared victory. While we watched and waited for several subsequent days, Trump continued to insist he won while asserting that the election was stolen. If people knew and understood how these elections operate in their states, would the lie of election fraud have taken hold in so many people’s minds?  If people had foundational knowledge about how individual states determine their state’s election and voting laws and policies, there could have been more critical thinking and anticipation about the timing and outcome of the election.

Several other gaps in understanding of basic civics emerged during this time.  There were the attempts to disenfranchise millions of voters, especially in cities with predominately voters of color, which underscored that voter suppressions laws of the past decade made their mark and continue to threaten voter enfranchisement. And, while Joe Biden won both the electoral college and the popular vote, the election reinvigorated a discussion about why we have the electoral college and whether it is aligned with our representative democracy.

The “rule of law” and how it manifests is another key civics concept. The rule of law is not an actual rule or law, but rather it is the important principle that all people and institutions are subject and accountable to laws. That accountability includes lawmakers, law enforcement officials, judges, and the President of the U.S. We are now grappling with how to hold those in office accountable, which not only includes the President but other elected officials who may have played a role in “the big lie” that led to the insurrection.

In addition to civics knowledge, various civics skills are relevant to what happened at the Capitol. Media literacy is the ability to think critically about the media we consume—from television commentary to social media posts to online news and information. It is an essential skill for informed civic engagement. Young people and others should be able to discern fact from fiction, consider point of view when reading new information, and most importantly, see disinformation, fake news and propaganda for what they are—forms of “false news.” We know that fake news websites contributed to misinformation shared and amplified during the 2016 Presidential election. And we also know that the disinformation campaign perpetuated by Trump and others during the 2020 election played a role in the insurrection; many of those who participated came because they believed they were fighting to “Save the Steal.”

When the election was called for Joe Biden on November 7, the Trump administration began to file state lawsuits, as is their right, continuing to allege voter fraud. They lost 61 out of 62 lawsuits, but that did not stop them from using media outlets and the largest megaphone in the world to spread lies about election fraud. Even with each state certifying their results and the election being called the most secure in U.S. history, the Trump administration continued this disinformation campaign. Could media literacy have played a mitigating role?

Another essential civic skill is the ability to have respectful conversations with those with whom we disagree. As young people begin to form their opinions and perspectives, they benefit from grappling with and learning from different viewpoints. Learning how to engage in dialogue (as opposed to debate) focuses on understanding differing perspectives rather than winning arguments. Civil discourse can be especially difficult if you are in discussion with people whose positions do not value equitable rights for all or who discount your very humanity. Equity is foundational to respectful conversations or civil discourse.

Civics education, at its core, is about understanding how government works and how to access government to achieve equity, justice and a fair shot for all. Civics education helps students reflect on how they relate to their government and what do do when they disagree with what their government does. A powerful civic skill is knowing how to engage in meaningful action. Voting is one way to be civically engaged and while critically important, voting should be the bare minimum of active participation in civic life. Advocacy and activism are fundamental to making change. Activism has been instrumental in making social improvements and progress on issues of justice and equity throughout our nation’s history. As many young people watched the insurrection and what led up to it, it is important to help students identify what they want to change and the actions they can take to make a difference.

Our approach to civics education weaves together the principles and practices of anti-bias education with civic learning. While teaching about democracy and the foundations of government, we stress the values of respect, inclusion, equity and active participation as important pillars of a democratic society. We also encourage educators and students to begin by establishing a civic mindset and look at civics through an anti-bias lens. We believe this framing will deepen student civic participation by encouraging them to understand and challenge bias, discrimination and inequity in schools, communities and society.

Examining current events enlivens and makes relevant anti-bias and civic learning. Current events often provide an opening to discuss bias and equity because so many news stories shine a light on how bias and injustice show up and have an impact on our world. Discussing current events often pushes us to understand more about how government works, how the rights and responsibilities of others can be realized, and how to actively participate in making our democracy work better for all people. Exploring civics principles through current events can be motivating for students because it will help them understand the news with more depth.

A key takeaway from the insurrection on January 6 is that the mob was called to action under the umbrella of bias, hate, racism and white supremacy. We cannot understand and reflect on the insurrection without exploring the history of white supremacy, which includes (1) the system of white supremacy that our country was founded on that continues to operate today and (2) white supremacist extremist groups that were present at the Capitol. White supremacy was front and center on January 6, as we all watched the Confederate flag and other racist and antisemitic symbols and language being brandished through the Capitol. We must not discount the power of that and heed it as a cautionary event. The Pyramid of Hate is instructive in considering that when biased attitudes and actions go unchecked, they can lead to bias-motivated violence like what we witnessed at the Capitol Attack.

We can never be certain that civics and anti-bias education could have played a role in preventing the attack on the U.S. Capitol. We do know that the knowledge, skills and disposition of civic engagement and challenging bias are worthy endeavors in the education of our nation’s children.