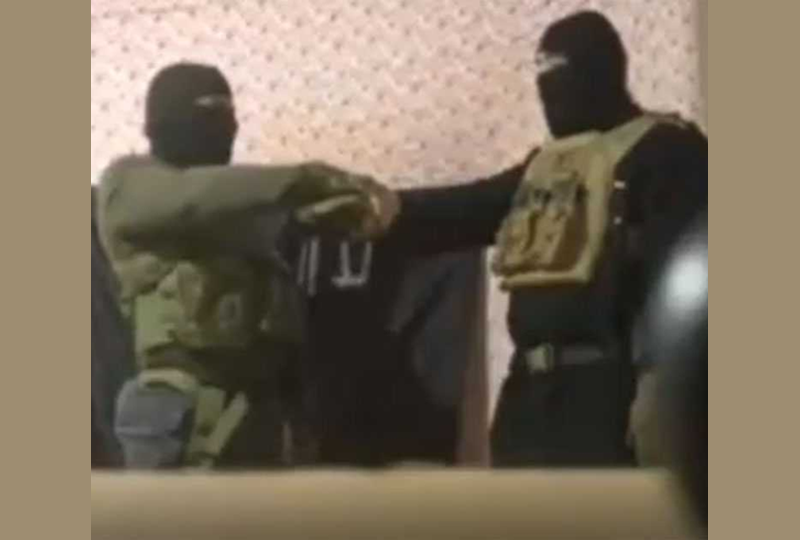 ISIS claimed the March 27 terrorist attack in Hadera, Israel by releasing this video of the alleged attackers pledging their allegiance to ISIS leadership.

A week of violent Islamist extremist attacks in Israel beginning on March 22, 2022, left 11 people dead and many more wounded. The Islamic State in Iraq and Syria (ISIS) claimed responsibility for two of the attacks, and released a video of two of the terrorists swearing an oath of allegiance to the terrorist group in a video released online. While ISIS frequently engages in anti-Israel and antisemitic rhetoric, this was the first time since 2017 that ISIS has claimed responsibility for an attack in Israel following increased ISIS activity in Israel in 2016. ISIS has historical and logistical reasons for not focusing on Israel, so the recent violence may be rooted in opportunism, rather than a tactical shift.

In two of the three incidents, the attackers had ties to ISIS, a group that does not have a significant presence in Israel. However, these attacks were likely inspired by individual perpetrators’ values and attitudes and sense of connection to ISIS, rather than a calculated push by ISIS. None of the group’s recent press releases have focused on the Israel-Palestinian conflict; instead, ISIS media has centered on the Russia-Ukraine conflict, announcing a new affiliate province in the Sahel region of Africa, and continuing a campaign of support for its newly appointed caliph, Abu al Hassan al Hashemi al Qurayshi.

On March 22, a Bedouin Israeli man allegedly stabbed several people and rammed another with a car, killing four people in the Israeli town of Be’er Sheva. The attacker was identified as 33-year-old Ahmed al-Qiaan, a teacher from the town of Hura. He had previously been imprisoned for unsuccessfully attempting to join ISIS in Syria, and according the Times of Israel, he was given a light sentence because the judge decided that he was no longer a threat. Afterwards, ISIS claimed responsibility for the attack, which does not necessarily mean that ISIS helped to plan or direct it, only that ISIS believes that the attack was carried out by an ISIS supporter.

On March 27, two Israeli-Arabs from the town of Umm al-Fahm allegedly killed two Israelis and injured six more in a coordinated shooting attack in the town of Hadera, Israel. Hours after the attack, ISIS claimed responsibility, releasing a video in which the attackers pledged allegiance to ISIS. One of the men, Ibrahim Agbarieh, 29, had been arrested and spent a year and a half in prison for attempting to travel to Syria and join ISIS. The other, Ayman Agbarieh, was detained by Shin Bet, the Israeli security service, on suspicion of weapons violations in 2017, but was released without charges.

The last time ISIS claimed responsibility for an attack in Israel, in June 2017, two men opened fire on police officers in the Old City of Jerusalem, injuring four, while another attacker stabbed a policewoman, who later died. Although ISIS staked a claim for that attack, other Palestinian-based terrorist groups, including Hamas, denied that ISIS was responsible, and the dispute has never been resolved. In this most recent attack, however, Hamas praised the March 27 attack as ISIS supporters online celebrated it as a victory.

On March 29, a single gunman on a motorbike opened fire in the Israeli city of Bnei Brak, Israel, killing five people before he was shot dead by police. Israeli media reports that the gunman was suspected to be a 27-year-old Palestinian man from the West Bank town of Yabad, who was previously jailed for six months for arms trafficking and membership in a terrorist group. No Islamist group has claimed responsibility for the shooting, although Hamas praised it as a “heroic operation.”

The attacks come at a particularly tense time in Israel; on March 27-28, the country hosted a landmark summit in the Negev desert in southern Israel, bringing together high-level government representatives from Israel, the U.S., Bahrain, Egypt, Morocco and the United Arab Emirates with the goal of strengthening security and economic cooperation among Israel and these Arab nations. Palestinian extremist groups, who have long relied on unconditional support from the Arab world for their cause, have expressed deep anger and a sense of betrayal over the growing cooperation between Israel and Arab governments. Meanwhile, it is the start of the Muslim holy month of Ramadan (this year coinciding with Easter and Passover), which ISIS promotes as an auspicious time to commit martyrdom attacks. In 2021, Ramadan-related tensions were one of the contributing factors to the outbreak of violence and conflict between Jews and Arabs in some Israeli cities, and between Israel and Hamas.

The ISIS-claimed attack in Israel is unusual; ISIS has weighed in on the Israel-Palestinian conflict in the past, but it is not a core part of the group’s messaging. In 2014, ISIS published a series of graphics threatening Israel, one of which read, “Patience, Jews, our appointment is at al-Quds [Jerusalem] tomorrow, for the one who waits is close.” However, extremist groups like Hamas and Fatah are nationalist groups seeking Palestinian independence and, often, the eradication of Israel. ISIS, on the other hand, believes that the borders between Arab states should be broken down to create a united Islamic caliphate throughout the Middle East and North Africa. This leads to ideological disputes between ISIS and Palestinian extremist groups.

ISIS also tends to focus its activities in areas it believes it can eventually occupy and govern, and Israel, given its strength and security posture, would not be a realistic goal. Given those realities, ISIS does not generally expend resources or direct propaganda attacks on Israel. Nevertheless, ISIS supporters have expressed their support for the attacks online and urged others to continue the wave of violence, proving that violent antisemitic hatred is motivation enough for these groups.