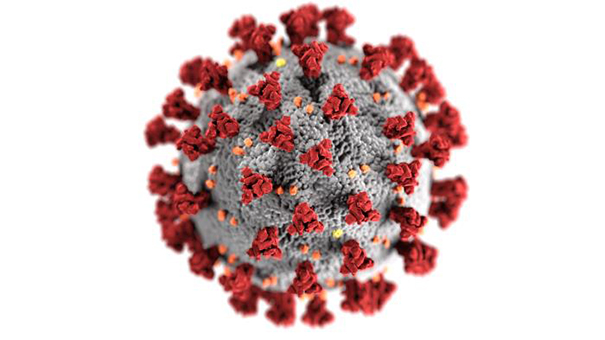 As the coronavirus continues to spread, American anti-Muslim ideologues are propagating a range of conspiracies aimed at stoking fear, claiming Muslims are defying social distancing rules and/or actively trying to spread the virus.

Some of this anti-Muslim propaganda is linked to India, where the international Islamic group Tablighi Jamaat held a meeting just as the virus began spreading throughout the country. The group was deemed a virus “super-spreader” after thousands of conference attendees tested positive. As a result, many Indian politicians and media outlets blame the country’s Muslim population for the widespread outbreak, including accusing Tablighi Jamaat of engaging in a deliberate conspiracy to spread the virus.

American Islamophobes were quick to pick up on this anti-Muslim propaganda and misinformation. Karen Rebelo, deputy editor at Boom, an Indian fact-checking website, told BuzzFeed News that in India “the narrative being spread is Muslims will always follow Islamic laws over the rule of law” and “the other line of thinking is that Islam wants to punish kaffirs (nonbelievers) and actively spreading the virus would get rid of them.”

Islamophobe Raymond Ibrahim wrote a similarly alarmist piece for FrontPage Mag, a right wing conspiratorial and Islamophobic online magazine founded by anti-Muslim activist David Horowitz. Ibrahim, who is also a fellow at the David Horowitz Freedom Center, an ultra-conservative organization that claims to combat the efforts of the “radical left and its Islamist allies to destroy American values,” wrote in an April 1 post that Muslims are “encouraging other Muslims to come into contact with each other” and are “protesting the idea of temporarily closing mosques,” adding that Muslims believe “nothing associated with Islam and especially Islamic worship can get them sick.”

Anjuli Pandavar, who describes herself as a “former Muslim,” wrote in a piece published March 25th  on FrontPage Mag that if she were still a Muslim, she would not have let a doctor examine her because Muslims believe Allah protects them and that “Sharia determines that a Muslim shall not submit to an infidel.”

In the same post, Pandavar suggested that Muslims, asked by doctors about possible COVID-19 symptoms, might refuse to be tested because of a belief in divine protection or a refusal to submit to tests by non-Muslims. Pandavar concludes that if she were a Muslim who was asked to submit to a coronavirus screening, she might have “pulled out a knife, screamed ‘Allahu akbar!’ and stabbed the doctors.” She added, “Allah would have been pleased with me.” Similarly, in a March 16 post on his conspiratorial, Islamophobic website called Jihad Watch, leading Islamophobe and right-wing conspiracy theorist Robert Spencer claimed that Muslims in India refused a coronavirus test because “Islam does not permit such tests.”

Also on Jihad Watch, frequent contributor Hugh Fitzgerald claimed in a March 30 post that Islam encourages its adherents to be “less willing to modify their behavior to diminish the risk of transmission” of the coronavirus. “If the virus is a way for Allah to punish some and to save others, there’s less felt need to follow government warnings about social distancing,” he wrote. In a March 28 article on the right-wing news site PJ Media, Robert Spencer echoes this by claiming that Muslims believe “coronavirus is for infidels” because “a hadith attributed to Muhammad accords martyr status to those who die in a plague.”

Some Islamophobes claim that Muslims are actively trying to spread Covid-19. In a March 29 Facebook post, the Idaho chapter of the Islamophobic group ACT for America called on the Pope to condemn “the evil of Islam for doing all it can to spread COVID19 around the world because engaging in Civilization Jihad is the only hope Muslims have of maybe getting in to ‘heaven’.” In a March 22 article on PJ Media, Robert Spencer writes that Muslims are going so far as to practice “coronavirus jihad” because an activist known to be a vocal opponent of Egyptian president Abdel-Fattah el-Sisi encouraged Muslims who have “flu-like symptoms” to try to spread any possible disease to members of the Egyptian government.  During an April 18 webinar on The Glazov Gang, a web show produced by the David Horowitz Freedom Center, host and anti-Muslim activist, Anni Cyrus, asked Robert Spencer about the possibility that Muslims as a whole would “weaponize the virus.” Spencer said that “there's no way to ensure that Muslims in the U.S. don't pick up on that. Somebody might and there might be some kind of an attack.”

Some writers, including Raymond Ibrahim in his April 1 FrontPage Mag article, attempt to support their Covid-related anti-Muslim rhetoric by claiming that Muslims adhere to theological doctrines which encourage “irrational aversion for ‘infidels’,” making Muslims more likely to willingly spread the disease to non-Muslims. Anjuli Pandavar similarly writes in her March 25 FrontPage Mag article that Islamic theology encourages Muslims to be cavalier about potentially spreading the disease to non-Muslims. According to Pandavar, Muslims believe “If it is Muslims I’m infecting, Allah will take care of them. If I’m infecting infidels, then Allah will be pleased with me.”

Dick Mannesseri, the co-founder and co-host of Sharia Crime Stoppers, a daily web program from Florida-based anti-Muslim organization The United West, exploits this same misinterpretation. During the March 24 episode, Mannesseri said that all Muslims adhere to a “seventh century mentality that Allah wants you to spread this kind of disease, and you will be rewarded.”