April 15 is the 69th anniversary of the entry of Jackie Robinson into the major leagues. To commemorate that historic event and that historic figure, PBS is running a new two-part documentary  looking at how this grandson of slaves rose from humble origins to integrate Major League Baseball.

In some ways, the story of Robinson and the integration of baseball is a little hard for us to understand in 2016. Society in general has come a long way: the civil rights revolution, the election of an African-American president, and the leading role that African-Americans play in our major American sports. And baseball no longer occupies a unique place as the national pastime that it held in the 1940s. 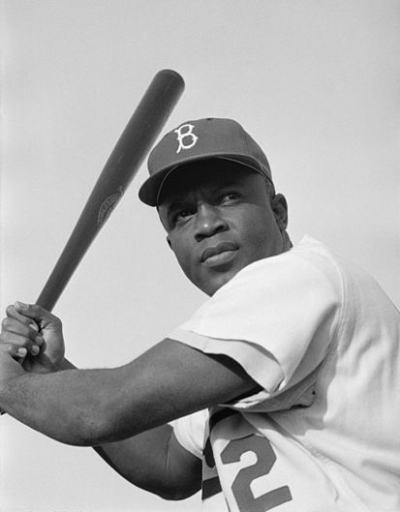 Still, in a year where major stories include numbers of cases of unarmed African-Americans killed by police, where the right to vote created by the 1965 Voting Rights Act is under attack, where the school to prison pipeline is in the news, the Jackie Robinson story has much to teach us.

In 1947, baseball was king in America. The fact that baseball had never allowed an African-American to participate in the major leagues was a blot on America's reputation, but only one of many that characterized the country before the civil rights era.

Robinson was truly the harbinger of change in America.

His breakthrough on April 15, 1947, which was recognized as a huge step forward. It took place seven years before the landmark segregation case Brown vs. Board of Education and 17 years before the Civil Rights Act of 1964. It started a process, which took years to ripen and which still is not over, of righting the great wrong of American history.

The great lesson of the Robinson experience is that while laws have the greatest impact in changing society, culture can set the stage and create a climate for the acceptance of new, more inclusive laws. We've seen that in our time with the legalization of gay marriage, which was preceded by a number of years of greater cultural acceptance of lesbian and gay people through television and the internet.

Back then, the emergence of Robinson, the first African-American major leaguer,  who handled  hostile fellow major leaguers and crowds with such grace and strength, to be followed over the next few years of other successful black major leaguers, helped to create a sense that African-Americans deserved to be treated like other Americans in our democratic society. It was not a revolution – it took years for the law to change – but it set the stage for the revolution.

Culture matters. How we teach our children, how the media portray various minorities, how our religious, business and political leaders speak about “the other” have a cumulative affect that culminates in a more equal society.

Nobody better represents this idea than Jackie Robinson.