Listen to the Voices of Immigrant and Muslim Youth 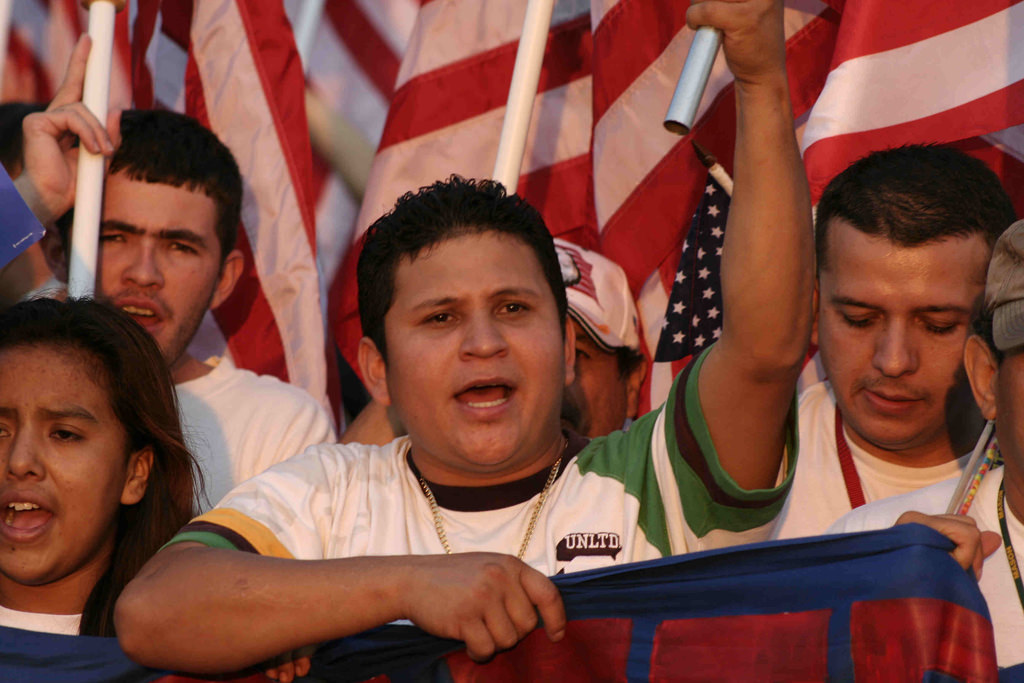 The past two years have been challenging for certain groups of people, especially those targeted during the 2016 presidential election campaign with taunts, verbal attacks, name-calling and threats. Now that the election is over, those threats have resulted in proposed policy, legislation and executive orders affecting those very same people. This has left many—especially immigrants and Muslim people—feeling fearful, on edge, marginalized and worried about their future.

In particular, our schools have been fraught with these emotions and realities. Kids have continued to heckle “build the wall” in hallways and classrooms, making Latino students feel even more marginalized  Muslim students are reporting harassment and stories of kids pulling Muslim girls’ hijabs or those girls refusing to wear them out of fear. A new study reveals that 42% of Muslim parents with children in K–12 schools report bullying of their children because of their religion. According to a Teaching Tolerance survey, teachers have observed an increase in anti-Muslim or anti-immigrant sentiment and more than two-thirds have reported that students—mainly immigrants, children of immigrants and Muslims—have expressed concerns or fears about what might happen to them or their families after the election.

Further, reports of increased ICE raids have prompted Latino parents to keep their children home from school out of fear.  Sometimes, in those same schools, the students left behind become more intolerant because no one is talking with them about what’s happening and why. Negative rhetoric about the Muslim travel bans, building “the wall” to keep out Mexican people and threatening sanctuary cities punctuates our daily lives.

In contrast to schools where these children are in the minority, there are schools all over the country especially for newly arrived immigrants—populated with students who are immigrants, whose families are immigrants and who live in mixed status families (some who are documented, some undocumented). Because immigrants and Muslim students are the majority in these schools, they aren’t hotbeds for individual harassment experienced in other schools where those students are in the minority. However, as individuals, families and as a school community, they are experiencing fear, concern and a lack of hope on a very high scale.  Many students are confused and wonder whether their perception that America hates them is true.

In one of these schools, an ENL (English as a New Language) and Human Rights teacher has been teaching lessons on these very topics to give her students an opportunity to discuss and analyze these issues. They have been learning about immigration, ICE raids and the refugee crisis. They recently wrote letters to their Attorney General and state legislators in support of immigrant rights.  Excerpts from those letters can be found here.  It is important to listen to their voices in order to understand their fears, their experiences, their plight and their humanity so that we can promote school communities that respect, protect and fight for them.

In their letters, they wrote about their fears:

“Please do not deport undocumented parents with children born here. If parents are going to be separated from their children, that is going to be a problem because they will suffer and will go to other places in search of someone to take care of them.”

“I worry for my sister who wears a hijab and goes to an American school. I worry about what the students in her school say about her because she is a Muslim as I am, and I worry that they give her the terrorist look.”

“Lately, I can feel the tension among the people in my community, I try to stay positive but it is hard to do when everything around you makes you feel like hope is running out.”

“Lately, the deportations are occupying the first place in every immigrant’s mind and not in a good way. It is affecting our health because it is stressing us. Someone said, “Where do souls go to hide after deportation?”

They wrote about their hopes:

“I still have hope that this country is a good place for making people’s dreams come true if they work hard for it. I still have faith in this country and I will give my best to accomplish my goals.”

“I want the government to listen to what people have to say.”

They wrote about their thoughts on policies:

“I think there should be no random searches because if I look different, it doesn’t mean people can stop and search me.”

“I believe there should be an easier way for undocumented immigrants to become naturalized because when they come here and leave their native land forever, they become part of this country.”

And they wrote about their pride:

“I am an immigrant and I’m proud of that because it is not easy to leave everything you know and everyone you love behind. It was hard to pass through the feelings of alienation when you are in a whole new place.”

Many parents and teachers want to protect the students in their schools and do something about the lack of empathy and justice they see around them. Here are some ways educators can make a difference:

The first step in this process is to listen and to hear what these young people have to say.