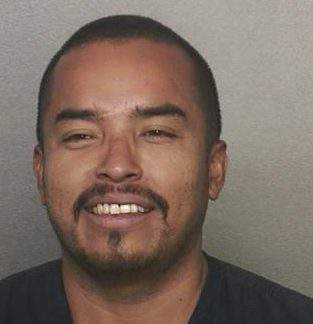 James Gonzalo Medina, a 40-year-old resident of Hollywood, Florida, was arrested on May 2, 2016, for allegedly plotting to use an explosive device in a Florida synagogue on Passover. Court documents indicate that he wanted to leave a notice with the bomb attributing the attack to ISIS.

Violent expressions of anti-Semitism, including encouragement of attacks against Jews and Jewish or Israeli institutions, have been at the core of propaganda distributed by Al Qaeda, ISIS, and other Islamic extremist terrorist groups for decades. Last year, the ADL released a report, “Anti-Semitism: A Pillar of Islamic Extremist Ideology,” which describes the way in which terrorist organizations rely on depictions of a Jewish enemy to recruit followers, motivate adherents and draw attention to their cause.

Medina’s plot was never operational because he had been working closely with an undercover informant. ADL joined with the South Florida Muslim community in issuing a press statement condemning the plot, which is available on the ADL website.

However, Medina is not the first U.S. resident apparently motivated by Islamic extremist ideologies to plot attacks against a synagogue. Others included New York residents Ahmed Ferhani and Mohammad Mamdouh, arrested in May 2011 for plotting to attack a synagogue in New York City and four New York residents who plotted to attack synagogues in the Bronx and to shoot down airplanes at a military base in Newburgh, New York in 2009.

More recently, there have been a number of U.S. residents inspired by Islamic extremist organizations who considered attacking Jewish or Israeli institutions or otherwise indicated that anti-Semitism was an important element of their ideology. They included: