Militia Groups and Other Extremists Plan Gun Protest in Richmond 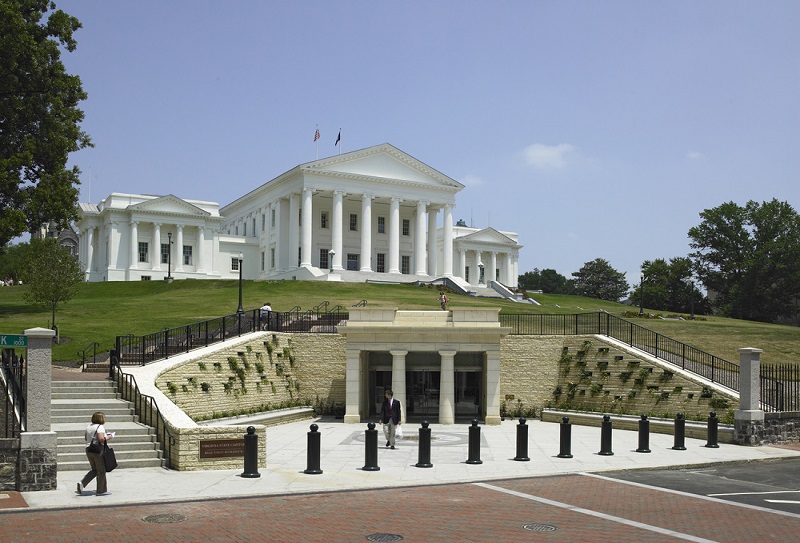 On January 20, 2020, the Virginia Civilians Defense League (VCDL), one of the state’s largest Second Amendment groups, will host a gun rights “Lobby Day” on the steps of the state capitol in Richmond, Virginia. The event is expected to be the largest public demonstration to date opposing new gun safety legislation that is making its way through the Virginia legislature.

While the event will undoubtedly attract mainstream gun rights advocates, Virginia’s debate over gun laws has attracted the attention of national right-wing extremist organizations.  Several days before the rally, three members of the accelerationist neo-Nazi group “The Base” were arrested as part of a long-standing investigation into the group;  the three individuals had weapons and discussed travelling to Richmond for the Lobby Day protests.

On Jan. 15, citing this expected influx of out-of-state militia and other extremist groups as well as “credible intelligence…that there are groups with malicious plans for the rally,” Virginia Gov. Ralph Northam declared a state of emergency in advance of the Lobby Day event, and banned firearms around the state capitol from Friday, Jan. 17, through Tuesday, Jan. 21.

Members of prominent militia groups, including the Oath Keepers and Three Percenters, say they intend to travel to participate in the event. While organizers at the VCDL have indicated they are declining offers from militia groups to provide security for the event, the VCDL will welcome militias at the rally itself.

On Dec. 31, 2019, the Oath Keepers issued a call to action for the VCDL Lobby Day, stating that they were sending a team to Virginia to “assist in organizing resistance to unconstitutional acts and to organize and train armed posses and militia.” The Facebook event, “The Militias March on the Capitol,” has more than 550 “attendees and promises to stand in defiance of the Virginia legislature’s efforts to “outlaw the militia.” In a video on the event page, a poster calls for attendees to violate the ban on firearms, saying, “I will be carrying that day, because if there are 100,000 people plus that are coming, are they going to send all of these Americans to jail?”

Additional far-right activists and groups have announced plans to travel to Richmond, such as Infowars founder and prominent conspiracy theorist Alex Jones. Jones is preemptively claiming that any violence that occurs at the event will be a “false flag” operation and he invited white nationalist Richard Spencer, who is currently being sued for his role in the 2017 “Unite the Right” rally in Charlottesville, Virginia, to join him.

A number of activists and groups who were banned from rallying with weapons in Charlottesville following their participation in the 2017 “Unite the Right” rally reportedly plan to attend the Richmond rally. This includes Tammy Lee, a self-described Charlottesville “Unite the Right”  rally organizer; New York Light Foot Militia member George Curbelo; Pennsylvania Light Foot Militia member Christian Yingling and Joshua Shoaff, an internet personality who has called for violence against U.S. Rep. Donald McEachin and expressed enthusiasm for a possible civil war in Virginia. He is urging his 540,000 Facebook fans to attend the rally in Richmond.

On Jan. 16, , Sidney “Avialae” Horton of Georgia announced on Facebook that she was planning to attend the Virginia rally carrying a concealed weapon. Horton is a right-wing YouTube personality and self-described “American Nationalist.” Horton attended the Unite the Right Rally in 2017 and helped organize and promote the second iteration of the rally the following year. 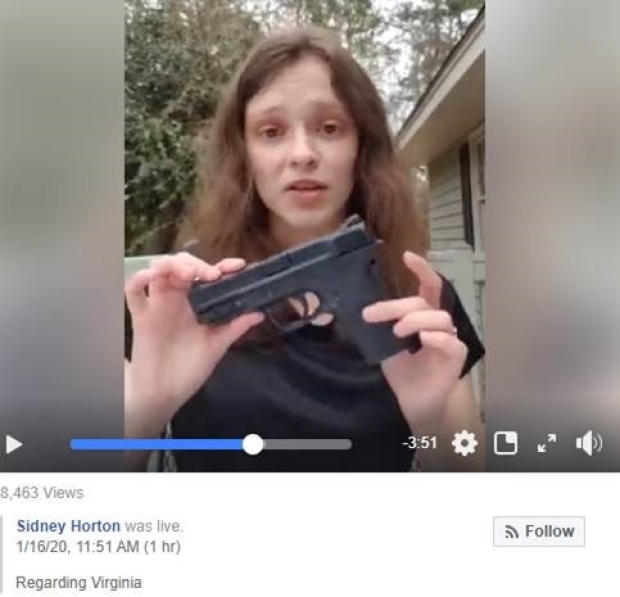 While sweeping threats of widespread violence are common, some are specifically threatening Virginia’s Democratic lawmakers, particularly Gov. Northam. Virginia delegate Lee Carter said that he would be spending Jan. 20 in a safe house after becoming the target of numerous death threats. However, this anger is not always localized; on 4chan, one user wrote, “...it’s open season on all democrats [sic] now coast to coast.”

Pockets of social media users are framing Virginia’s proposed gun safety legislations as an infringement on liberty by a tyrannical government that needs to be resisted. They frequently use the phrase, “Sic Semper Tyrannis,” which translates to “Thus always to tyrants” and is associated with the assassinations of Julius Caesar and President Abraham Lincoln. It is also Virginia’s state motto, so no extremist intention can be assumed.

In some cases, the language has become explicitly more warlike. In one Three Percenter Facebook group, a user wrote, “Make no Make no mistake. This is a war. The time for diplomacy has passed…The time for this tyranny to end has come…Stand up. Dont [sic] be taken from your homes. Fight the tyrant and his redcoats. GIVE ME LIBERTY OR GIVE ME DEATH.” Another responded to a post calling for respecting different opinions by writing, “You don’t get an opinion when it comes to stripping rights away from the people period [sic]. Those are the things you go to war over.”

Others have used the term “Boogaloo” in reference to the situation in Virginia to signal their belief that the gun debate could result in a civil war. On Facebook, one second amendment activist page shared an article about the Virginia General Assembly passing a gun ban with the caption, “Boogaloo it is then.” The VCDL’s Facebook page shared a YouTube video asking whether the “Boogaloo” was about to begin in Virginia.

Meanwhile, on Telegram, a messaging application, several accelerationist accounts shared messages referring to the conflict in Virginia as a “Boogaloo”. Accelerationists believe that violence should be used to collapse modern society and replace it with a whites-only ethno-state and argue that the dispute in Virginia serves as a convenient propaganda and recruitment tool. In their telling of events, Jews and immigrants turned Virginia blue in November 2019, at which point Democratic lawmakers begin pushing gun-control laws. These actions, the accelerationist logic goes, spark outrage among (white) gun owners, who push back against the government, creating potentially violent conflict.

White supremacists, meanwhile, are using the event to further their own violent agenda and to spread hatred of Jews and other minorities. In a post that was shared by numerous white supremacist and accelerationist channels, a user alleged that the Jews now control the state of Virginia, and that they are leading the push to “confiscate ‘assault weapons.’”

Conspiracy theories and false information campaigns are further exacerbating tensions in Virginia. The most pervasive conspiracy theory on social media is the notion that Virginia’s Democrats intend to confiscate firearms, despite Gov. Northam’s and other Democratic lawmakers’ consistent reassurances they have no plan to do so. Another popular theory suggests the United Nations is somehow involved in Virginia’s gun debate, a conspiracy theory linked to far-right fears regarding a “globalist” takeover of the U.S.

These conspiracy theories, however outlandish, can have real world implications. If people believe that Jews are behind efforts to confiscate firearms, then it is more likely that malicious actors will threaten or attack Jewish targets. Similarly, if people believe that the rally will be targeted by groups such as Antifa and that they might have to fight, then they are more likely to react violently to events on the ground.

The tensions surrounding 2020 VDCL Lobby Day may very well resurface around other major political events in 2020. There are several elements in Virginia that will likely remain in play for the remainder of the year. The first is a hot-button issue that attracts attention from both mainstream citizens and extremists. The second are efforts by extremist groups to attach themselves to these events in order to exploit strong feelings, in hopes of attracting attention, new recruits and resources. Finally, there’s the prevalence of conspiracy theories and false information designed to obscure reality and provoke stronger reactions. Each of these factors is potentially dangerous on its own; combined, they have significant potential to spark violence.