#NeverAgain Never before has there been a debate in the country about what we remember on Holocaust Remembrance Day. Never again should it happen.

Last Friday the world recognized International Holocaust Remembrance Day (IHRD), an event on the world calendar that was created by the United Nations in 2005 because of a series of disturbing trends.

Decades after the end of the Second World War, there were fewer people with personal accounts of the horrors. As time continued to pass, bigots of all kinds were stepping into the gap of memory to spread their lies and debase the suffering of the murdered Jews of Europe.

There were many culprits. First among the pack was Iran, a historically diverse nation that once welcomed Jews but now was ruled by an Islamist regime whose revolutionary creed included Holocaust denial and whose version of art mocks humanity and stokes hatred. 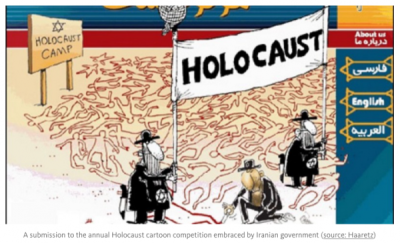 As I saw firsthand last summer, there were Eastern European countries whose Communist legacy combined with historical anti-Semitism seemed to drive their desire to minimize Jewish suffering. Then there were run of the mill anti-Semites like David Irving who cloak their depravity in pseudo-science, but whose lies thankfully often are exposed to the public.

In the face of such hatred, this day was created to provide an opportunity for people around the world to pause and reflect on the singular tragedy of the annihilation of the Jewish people. In the U.S., the White House has used the day to issue respectful statements that remind us of this unspeakable tragedy and look forward. For more than ten years, Republican and Democratic administrations appropriately have anchored their proclamations on the notion of Jewish suffering or called out the poisonous anti-Semitism that prompted the Holocaust to happen.

And yet, something changed this past week.

President Trump’s statement on January 27 commemorating Holocaust Remembrance Day appropriately called out the suffering of innocents as well as the heroism of those who took personal risks to save others. It expressed a commitment to make sure that such an evil never takes place again. Such sentiments are laudable. However, the statement bizarrely lacked one key fact, overlooking the defining aspect of Holocaust Remembrance Day — the horror that befell the Jewish people. 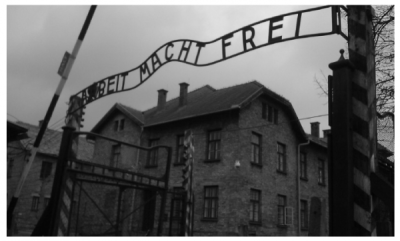 As if this were not a sufficient error, repeated statements by White House surrogates in the days that followed only compounded the sin. Rather than acknowledge the oversight, Administration officials suggested that there was nothing amiss. As one official put it, “Everyone suffered in the Holocaust, including the Jewish people.”

The suffering of the Jewish people is not an afterthought, a prepositional phrase to be bolted onto the end of a sentence. The suffering of the Jewish people is the whole reason that the concept of the Holocaust was defined. It became shorthand to explain the unexplainable, the inconceivable — an intentional, transnational campaign to exterminate an entire people perpetrated in broad daylight in front of the entire world.

Clearly millions of innocent people were murdered in the Holocaust. We at ADL have invested an enormous amount of effort to educate people of all ages about the Holocaust and recognize that there were others besides Jews who were targeted and killed. The list included political opponents, Roma, LGBT, and the disabled, groups who were murdered respectively because of their ideas, their ethnicity, their sexual orientation or their level of ability.

The Nazi war machine also wantonly killed millions of civilians (let alone soldiers) across Europe, including three million Catholic Poles. It is crucial to remember these crimes both for the sanctity of history and to acknowledge that hatred is not limited to one group.

For this reasons, the incomplete nature of the statement immediately caught our attention. It also raised eyebrows among observers across the political spectrum from the right to the left. All were puzzled and probing, seeking answers.

The response among the organized Jewish community has been nearly unanimous. A wide range of groups with diverse views such as the AJC, RJC and ZOA all expressed concern. People with experience in the subject matter saw that the omission of Jews from the statement played into the hands of those who either deny or trivialize the Holocaust by never once mentioning the primary target of the Final Solution. The omission seemed to confirm the fears of some who were troubled by messages sent during the campaign — and the hopes of haters who seek to normalize anti-Semitism and dimiss the notion that Jews suffered disproportionately during World War II.

And this is the rub.

The Holocaust was about Jews in every sense. The number of Jews murdered was extraordinary and unique in the annals of mankind. The resources that the Nazis employed to identify, round up and annihilate the Jews were unprecedented. The obsession of Hitler, Goebbels and other Nazis with the Jewish people was embedded at the heart of the Third Reich. 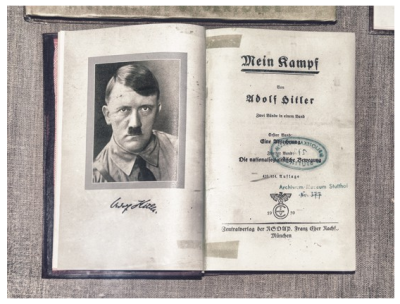 So the absence of comment about Jews when talking about the Holocaust is to miss the very essence of this low point in human history.

We now live more than 70 years removed from those horrors. The global population of survivors is dwindling. At the same time, Holocaust deniers on the extreme right or the radical left seem to be enjoying a renaissance. And this comes at a time when ADL’s global survey on anti-Semitism has found that 35 percent of people worldwide do not know of the Holocaust and 28 percent believe it didn’t happen.

In this moment, it is vital that President Trump set the record straight. Vice President Pence quickly did so and deserves praise for stepping forward. Now it is time for President Trump to do so the same. Failing to do so leaves open the door to those who will cite the absence of a reference to Jews by the President as evidence that there never was a Holocaust of the Jewish people. Certainly this was not his intent. Therefore, the President should clarify his views and put the issue to rest.

This could take the form of a speech at the US Holocaust Memorial Museum. It could be a visit to a classroom engaged in Holocaust education. It could be a simple statement from the Oval Office. Whatever the venue, it should happen without delay.

All administrations face a learning curve. It is time for this White House to admit the error and correct their misstep. This is not a matter of politics, but rather, it’s about principles. And the core principle at stake can be stated in two simple words: never again.