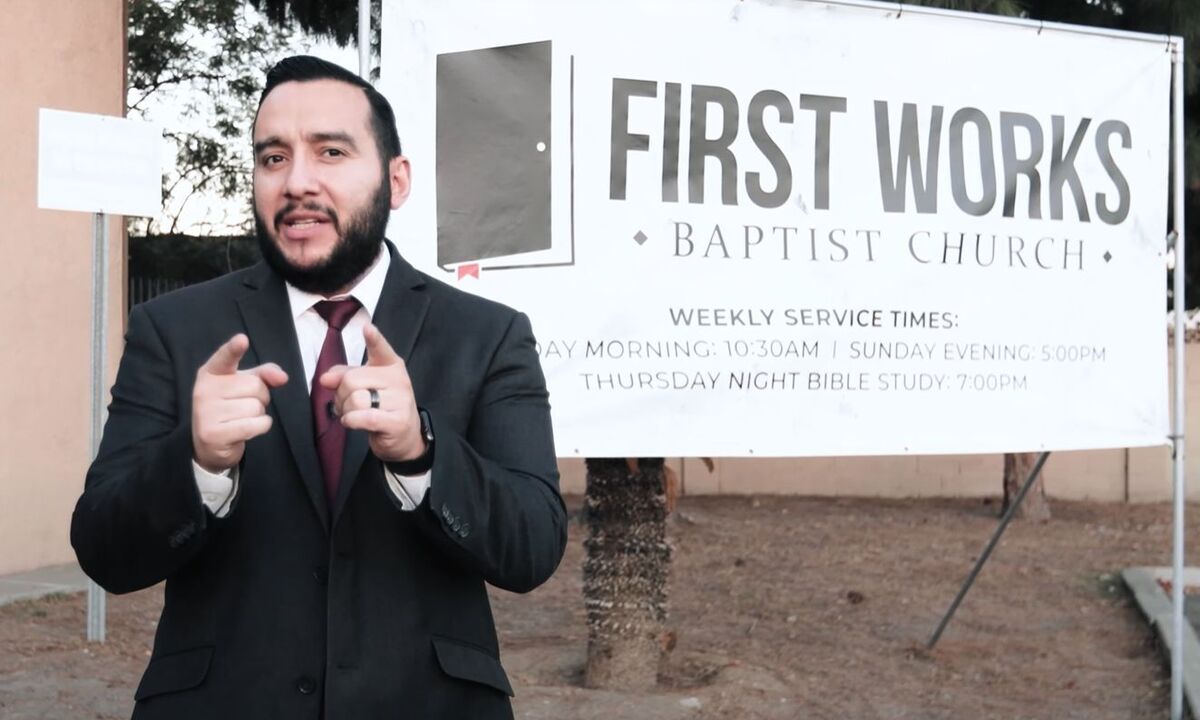 In recent months, pastors affiliated with the virulently antisemitic and anti-LGBTQ+ New Independent Fundamental Baptist (New IFB) movement have taken advantage of YouTube Shorts, significantly expanding the reach of their hateful content. Using this relatively new social media tool, some New IFB pastors have increased the average viewership on their channels by tens or even hundreds of thousands of views per video.

YouTube Shorts, introduced by the platform in 2021, are limited in length to 60 seconds and are designed to be created and viewed on smartphones, more closely resembling TikTok videos than traditional YouTube videos. A recent review of New IFB-affiliated YouTube channels in July 2022 found that many churches are supplementing their traditional weekly sermon videos with Shorts uploads, with some of the movement’s most prominent pastors finding significant success using YouTube Shorts to expand their reach or promote explicitly bigoted views, including anti-LGBTQ+ content.

Pastor Roger Jimenez of Verity Baptist Church in California has also found success using Shorts to increase both viewership and engagement on his church’s channel since he began using the format in March 2022:

The use of YouTube Shorts differs from the New IFB’s traditional media content, which typically includes hours-long sermons and documentary videos. Shorts allows New IFB pastors to package their teachings into a more easily digestible format that speaks to current events or hot-button issues. Rather than simply recording a pastor speaking from a pulpit for two hours, these videos engage viewers by showing the pastors speaking directly into the camera, overlaying text and graphics and incorporating clips from other media sources.

New IFB pastors regularly promote antisemitism, anti-LGBTQ+ rhetoric and other bigotry in their teachings, such as calling for the government to execute people who they believe violate biblical teachings. In some cases, pastors have used Shorts to explicitly promote these bigoted views. Pastor Jonathan Shelley of Texas’s Stedfast Baptist Church published a series of daily “Anti Pride Month” videos in June via Shorts, until multiple channels associated with the church were terminated by YouTube for hate speech policy violations.

Jimenez, the Verity Baptist Church pastor best known for statements that he made in 2016 celebrating the terrorist attack at the Pulse gay nightclub in Orlando, also incorporates bigoted views into his Shorts, such as calling transgender people “an abomination.” On the First Works Baptist Church channel, Mejia’s Shorts include videos discussing why Christians should not respect other religions and criticizing Disney for producing content that is inclusive of LGBTQ+ stories.

Whether or not the Shorts themselves contain bigoted content, it is concerning that the use of this feature may be driving traffic to channels of New IFB pastors and churches which are known to promote deeply hateful beliefs. YouTube directs users to view Shorts via dedicated sections of its app and website, in addition to highlighting Shorts content on channel homepages and recommending videos with the hashtag “#Shorts” in their titles or descriptions.

The pastors, in turn, use Shorts to drive traffic to their YouTube channels and church websites by linking to additional content in the description section of the videos. Though it may not be possible to determine the exact correlation between the popularity of Shorts and the channels overall, the First Works Baptist Church channel has seen significant growth in the past 16 months since its first Shorts video was posted in 2021. In that time, the channel has gained nearly 100,000 subscribers, a marked increase from the preceding 3.5 years in which the channel had accumulated fewer than 9,000 subscribers.

While delivering a sermon at the New IFB’s annual Red Hot Preaching Conference in July 2022, Mejia referenced the recent success of his church’s YouTube channel, seeming to allude to the impact that the Shorts have had on viewership and engagement. “You know, our channel has been growing,” he commented. “The Jews haven’t caught on to me, apparently. I’ve infiltrated the JewTube,” he added, using the antisemitic moniker that New IFB pastors frequently use to refer to YouTube.

Although the New IFB movement is relatively small, with approximately 30 churches across the U.S. and abroad, its members’ aggressive online strategy extends the group’s teachings far beyond their church walls. Despite social media companies’ attempts to deplatform the New IFB churches’ hate speech, members have devised strategies to circumvent these efforts and further expand their viewership, as demonstrated by their use of YouTube Shorts.

*Number of videos per channel, view counts and number of likes as of July 6, 2022